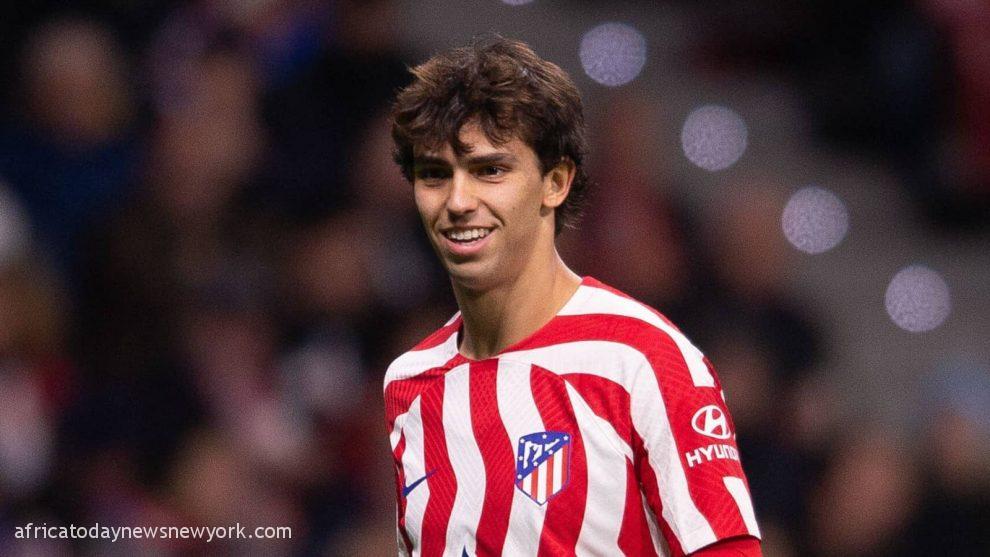 The Portuguese forward is expected to sign a loan deal that will keep at Chelsea till the end of the season.

Chelsea have agreed to pay Atletico Madrid around £10m for the deal.

The Portugal World Cup star wants to leave the Spanish giants Felix after falling out of favour under Diego Simeone.

Both Arsenal and Manchester United were interested in bringing the Portuguese to the Premier League but backed out due to Atletico Madrid’s initial £18m asking price.

However, the Spanish giants have reduced their asking price in order to get Felix off the books and the Athletic reports that they have reached a verbal agreement with the Blues.

Felix is said to be ‘attracted by the project’ at Stamford Bridge and the prospect of working under Graham Potter.

Africa Today News, New York reports that the pressure on embattled Chelsea boss Graham Potter was pilled up by Manchester City as Riyad Mahrez inspired a 4-0 rout in the FA Cup third round, while Aston Villa crashed to a stunning 2-1 defeat against fourth-tier Stevenage on Sunday.

Premier League champions City rarely experience such humiliation, and they got off to the best possible start at the Etihad Stadium by dispatching despicable Chelsea with ease.

Pep Guardiola made seven changes from the City side that won 1-0 at Chelsea in the Premier League on Thursday.

But City were still far too dynamic for struggling Chelsea as Mahrez struck with a brilliant free-kick and a late penalty, with Julian Alvarez and Phil Foden also scoring.

In the fourth round, City will host Premier League leaders Arsenal or third-tier Oxford, who meet on Monday.