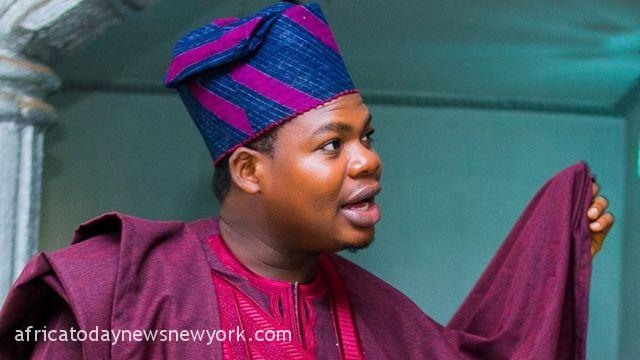 Social media comedian and skit-maker, Adebowale Adedayo popularly known as Mr. Macaroni, has warned youths against selling their votes and Permanent Voter Cards (PVC) to politicians ahead of the 2023 elections.

Adebayo, who made this call via his official Twitter handle on Tuesday, pointed out that politicians who buy votes would in turn ruin the nation and loot national treasury that belongs to the Nigerian people, tagging them ‘destroyers.’

He stressed that any politician offering money for votes is not going to serve, but rather is investing.

Adebayo tweeted, ‘Dear Nigerians, please let us sensitise ourselves and our neighbours. Do not let anyone collect your PVC or take a picture of it in exchange for money!!! That money won’t last 4 days. But the suffering will last 4 years and more. Abeg.

‘Any Politician offering you money in exchange for your vote is not going to serve you. They are only investing. If they get into office, they will loot the Nation’s treasury which rightfully belongs to the people.

‘Do not vote in thieves and looters! They are destroyers,’ he concluded.

INEC had also raised concerns over vote-buying saying its past efforts to curb the act had failed, adding that the vice could mar the successful conduct of the elections.

Also EFCC boss, Abdulrasheed Bawa, said over the decades, vote-buying has become a major obstacle to free, fair, and credible elections in Nigeria.

Warning politicians, he said the EFCC would continue to monitor compliance with section 2 of the Money Laundering (Prevention and Prohibition) Act, 2022 on “limitation to make or accept cash payment,” in the processes leading to the 2023 elections.

The Inspector General of Police, Usman Baba, on his part, identified violence, thuggery, use of money and ballot box snatching as some of the ills threatening credible elections in Nigeria.