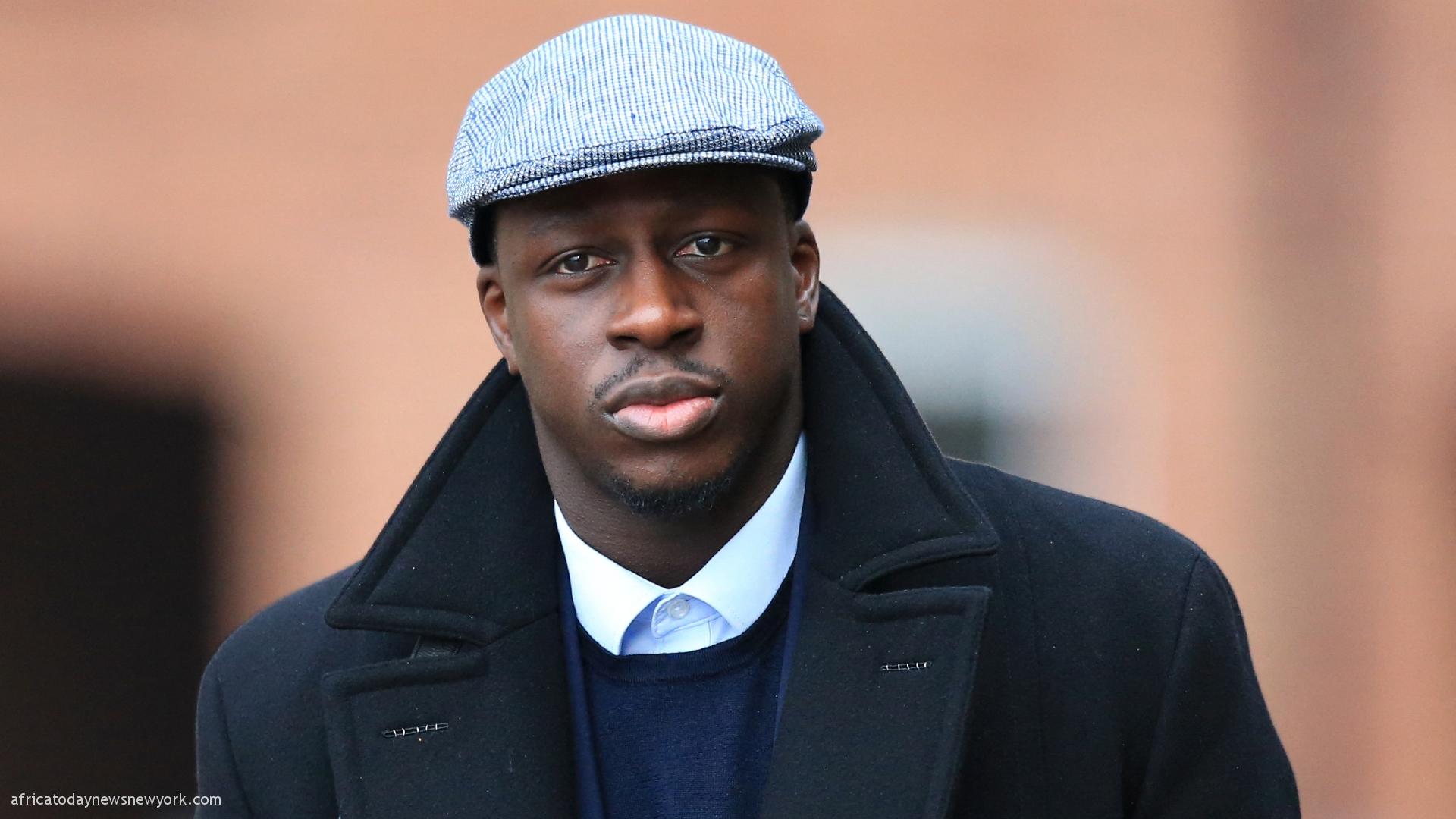 Manchester City and France footballer Benjamin Mendy was on Friday cleared by a jury in the UK of six counts of rape and one of sexual assault against four women, following a six-month trial.

The seven men and four women on the panel failed to reach verdicts on a seventh charge of rape and one of attempted rape.

Prosecutors said afterward they would seek a retrial on those counts.

‘We have made a decision today, which is to proceed on these counts in two separate trials,’ prosecutor Matthew Conway told Chester Crown Court.

Africa Today News, New York recalls that the 28-year-old Mendy who denied all nine counts involving six women, covered his face with both hands, gently rocking back and forth, as the verdicts were delivered.

Judge Steven Everett immediately set a new trial start date of June 26 for the two counts which the jury could not agree on.

‘It is not unusual that jurors don’t reach verdicts on some counts. You have to be true to your duty,’ Everett said as he thanked them and excused them from any future jury service for seven years.

The jury, which began hearing the case last August, had been deliberating since early December, with an extended break over the Christmas and new year holiday period.

Mendy was accused alongside Louis Saha Matturie, 41, an alleged “fixer”, who was found not guilty by the jury of three counts of rape relating to two teenagers.

The prosecution had alleged that Mendy was a sexual “predator” who raped or sexually assaulted young women procured by Matturie, at parties at his luxury home.

Mendy has denied ever forcing any woman into sex and both said any sexual activity they had with women was consensual.

A statement from Mendy’s club Manchester City said: “Given there are open matters related to this case, the club is not in a position to comment further at this time.”