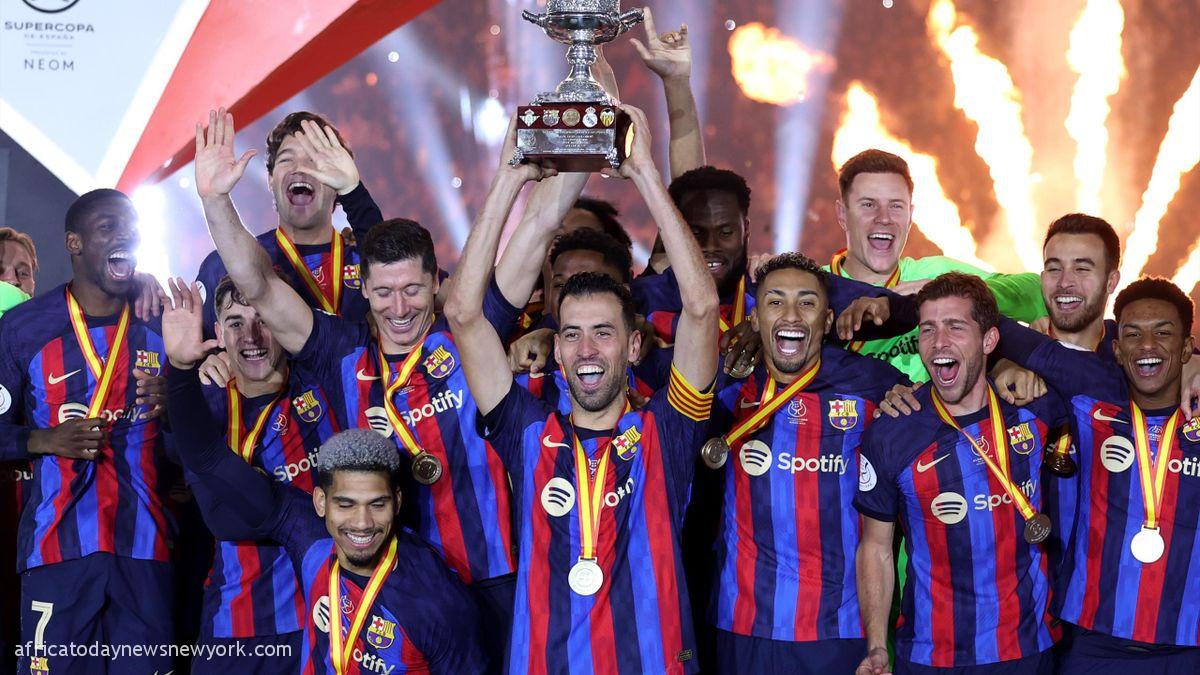 The Catalans put up one of their best displays in years against their fierce Clasico opponents, Gavi, a young player who scored himself and assisted goals for Robert Lewandowski and Pedri Gonzalez.

Xavi left Barca in November 2021 after enjoying great success as a player there. After a summer of lavish investment, this convincing victory is a sign that his project is headed in the right direction.

For Madrid, who have not played at their best since the World Cup break and who last weekend slipped three points behind Barcelona in La Liga, Karim Benzema scored a late consolation goal.

Madrid coach Carlo Ancelotti suffered his first defeat in a final since 2014, with Los Blancos surrendering the trophy they earned last season to Barcelona, who have now won the Super Cup a record 14 times.

‘We knew it was a chance we had to take, we have lived through an era of changes at the club and in the dressing room, and this will reinforce us to keep fighting for more titles,’ Barca captain Sergio Busquets told Movistar.

‘You know how (Gavi) competes, he’s very young — most players at his age would be in the youth team — and he’s playing at an incredible level, giving assists, getting goals.

‘He has a brilliant future ahead of him and a lot of room to improve. I hope he’s a player who marks an era at Barca.’

Toni Kroos played as Madrid’s deepest midfielder with Aurelien Tchouameni out injured, and he was overrun.

Madrid goalkeeper Thibaut Courtois made a brilliant early save to deny Lewandowski, tipping his low drive against the post, while Benzema headed narrowly off-target.