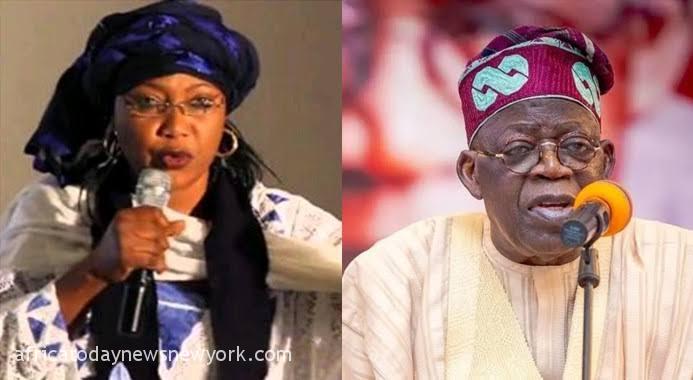 In a rather shocking move, a Director in the Bola Tinubu 2023 presidential campaign, Naja’atu Bala Muhammad announced her decision to resign from the party less than five weeks before the February elections.

Before her resignation, she was the Director of Civil Society in the Presidential Campaign Council of the ruling All Progressives Congress (APC).

The exit of 67-year-old Naja’atu comes one month to the presidential election.

Africa Today News, New York recalls that in 2018, President Muhammadu Buhari had appointed her as a Commissioner at the Police Service Commission (PSC).

In her resignation letter to APC National Chairman, Abdullahi Adamu, Naja’atu decried the state of the nation.

The politician said recent developments in the political and democratic space make it impossible for her to continue participating in party politics.

‘The challenges that Nigeria faces today require me to continue championing the struggle for a better country with a clear conscience as I remain absolutely loyal to Nigeria”, she noted.

In a statement on Saturday, the activist said she left the scene after the realization that her values and beliefs no longer aligned with party politics.

Naja’atu observed platforms have no ideological differences and are “robes that politicians wear to serve their personal needs and interests”.

“I am committed to supporting individuals that are truly interested in addressing the root causes of our challenges. To remain true to such commitments, one must be willing to take bold and decisive steps.”

Naja’atu said the problems require the consolidated efforts of competent and patriotic leadership across every level of governance.

Ahead of 2023, Hajiya Naja, as fondly called, advised Nigerians to be “aware of the consequences of their decisions and their choices.

In November, she demanded the prosecution of First Lady Aisha Buhari over the detention of Aminu Mohammed, a final-year student of Federal University Dutse.