30 Militants Killed By US Air Strike In Somalia 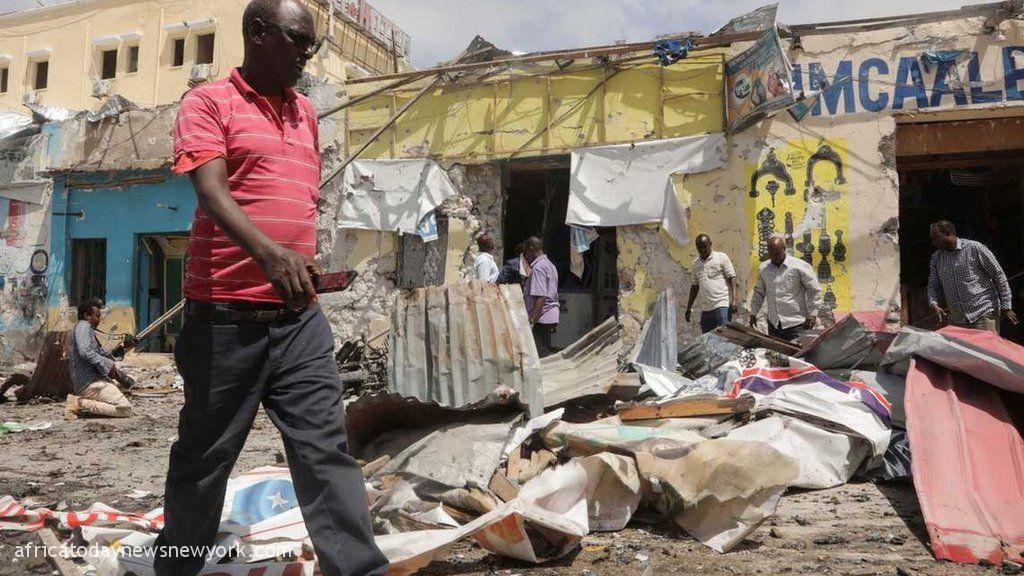 The US military has confirmed that a US air strike assisting government troops in Somalia has left no fewer than 30 Islamist al-Shabab militants dead.

The operation happened near the town of Galcad, about 260km (162 miles) northeast of the capital Mogadishu.

Over the past few days, the Somali army and al-Shabab militants have fought for control of the town.

Earlier the Islamists killed seven soldiers after storming a military base in Galcad. Somalia’s Information Ministry said dozens of the militants were killed.

Al-Shabab has been fighting Somalia’s central government since 2006, aiming to impose an extremist Islamist regime. While it has been pushed out of Mogadishu and other areas it continues to attack military and civilian targets.

Last Monday the government said its army and local militias had captured the port town of Harardhere, which had been a key al-Shabab supply centre since 2010.

In its report on the Galcad fighting the US Africa Command said three al-Shabab vehicles were destroyed and “the command assesses that no civilians were injured or killed”. The details have not been independently verified.

‘US Africa Command’s forces will continue training, advising, and equipping partner forces to help give them the tools they need to defeat al-Shabab, the largest and most deadly al-Qaeda network in the world,‘ the statement said.

U.S. Africa Command is the defense arm of the U.S. whole-of-government approach with African partners — diplomacy, development and defense. This three-pronged, or “3D” approach aims to increase cooperation and support for “partner-led, U.S.-enabled” solutions to shared security challenges, including violent extremism or terrorism. All kinetic operations conducted and supported by U.S. Africa Command are done in coordination with the Federal Government of Somalia.