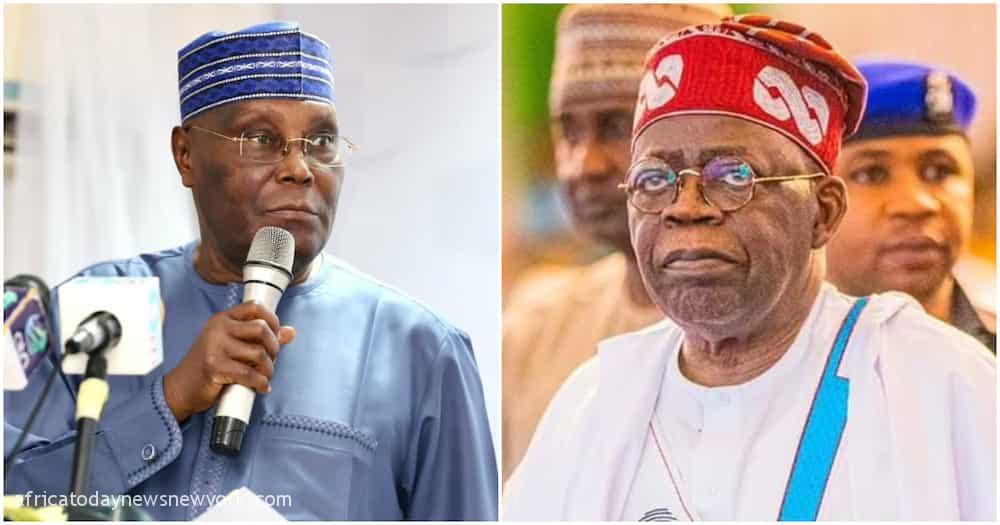 The Atiku Presidential Campaign Council has also called on President Muhammadu Buhari to immediately sack the Minister of State for Labour and Employment, Festus Keyamo for interfering in the conduct of free, fair, and credible elections.

Speaking at a world press conference by the Directorate of Strategic Communications, led by Dele Momodu, titled, ‘Why NDLEA, EFCC must arrest and prosecute Bola Ahmed Tinubu,’ the Spokesperson of Presidential Campaign Council, Daniel Bwala and the Special Assistant, Public Communication to Atiku Abubakar, Phrank Shaibu listed why Tinubu should be arrested and prosecuted.

Bwala said Tinubu should be arrested for creating a militia via his agents called ‘Jagaban Soldiers and Battalion,’ for the purposes of executing his political agenda which could have a wider implication for the peaceful conduct of elections and the human rights of the citizens of Nigeria.

Noting the implications of the statement credited to Tinubu in London that members should at all cost grab, snatch and run with his mandate, Bwala said, ‘shortly after his declaration violence has visited several states by members of APC on the opposition in rallies, homes, streets etc.

‘The creation of the militia has never happened in the history of politics in Nigeria until now. We call on Nigeria’s security and intelligence platforms to investigate and where necessary arrest all those involved including the presidential candidate of APC.’

Bwala also noted that Tinubu has been using Keyamo to bully and intimidate an institution of government, adding that recently, the Minister wrote a letter to agencies of the government, who are same members of the executive branch of government and demanded that in 72 hours they should prosecute a presidential candidate of PDP, Atiku Abubakar.

The Atiku spokesperson also noted that the Minister has been using the taxpayers money official privilege and power to heavily compromise the agencies of government.

‘We call on the president to sack the Minister of State for Labour and Employment forthwith for using an official position funded by tax payer’s money to interfere with the conduct of free, fair, and credible elections.

‘We also call on the president to read the riots act to agents of the government from interfering with this election. Any effort to intimidate opposition is an effort to interfere with the conduct of peaceful elections,’ he said.