Lagos Was A Slum Before Tinubu Became Governor – Shettima 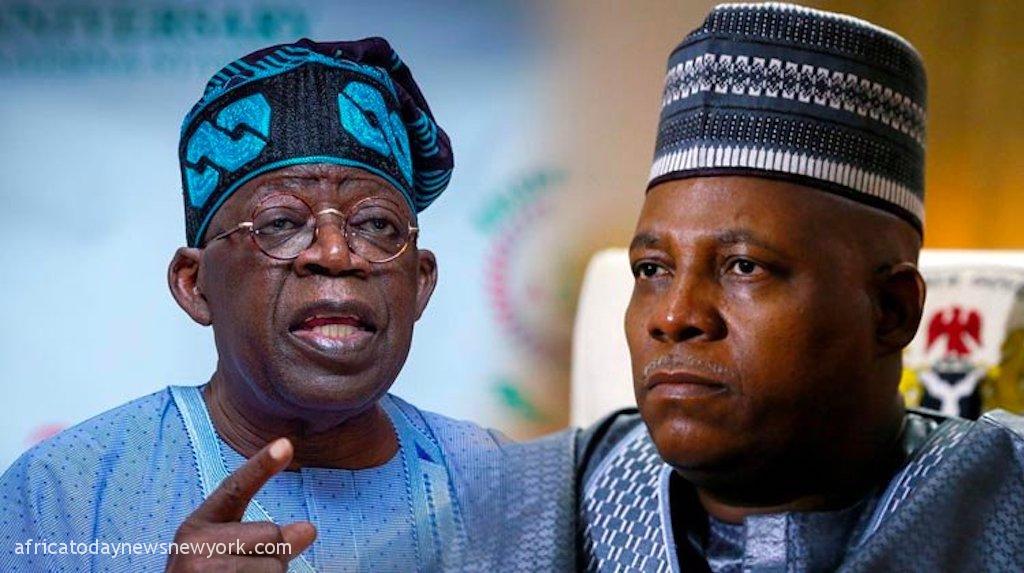 The Vice Presidential candidate of the All Progressives Congress (APC) has asserted that his principal, Bola Tinubu was key to the transformation of Lagos State as the state was a big slum when he took over the leadership of the state.

Speaking during a Lagos State banquet for President Muhammadu Buhari on Monday, the Shettima said; ‘When Asiwaju became the governor of Lagos, you and I know that the fear of Lagos for the average northerner was the beginning of wisdom’.

The former Borno State governor, who insisted that Tinubu can bring his wealth of experience to bear if elected as Nigeria’s president next month, called on voters to queue behind the APC flagbearer.

He said President Buhari deserves commendation for Tinubu’s emergence as the APC presidential flagbearer and described the elections are a watershed in the country’s history.

Read Also: 2023: We Will End Insurgency In 6 Months, Shettima Boasts

‘I will urge you all to vote for the one that would sustain the legacies of President Muhammadu Buhari; for someone who has the integrity, the character, and the skillsets to catapult this nation to a higher pedestal,’ Shettima added.

According to him, Tinubu deserves applause from the northern region. He said the former Lagos governor gave shelter to politicians from the area when they were facing political witch hunt.

Shettima listed such persons as former Vice President Atiku Abubakar and an ex-chief of the Economic and Financial Crimes Commission (EFCC) Nuhu Ribadu. Asides from them, the APC vice presidential candidate said Tinubu’s backing of Buhari in the 2015 and 2019 elections is something the region won’t forget.

‘Those of us from the north owe him a debt of gratitude for supporting our leader President Muhammadu Buhari in the 2015 and 2019 general elections,’ he added.

He went on to also dismissed claims about Tinubu’s health and age.