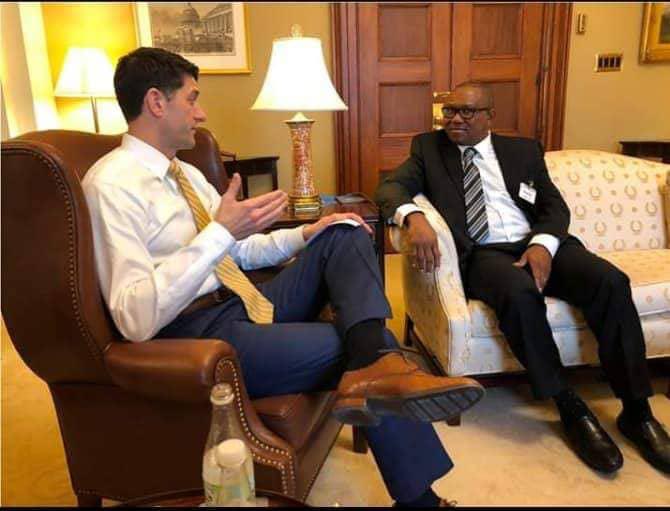 Many Nigerians started loving Dr Peter Obi more after his lecture on THE PLATFORM organized by Pastor Poju Oyemade on the 1st of October 2016.

A speech which drowned out the Independence Day broadcast of the President of the country. This speech trended for the remaining part of the year. 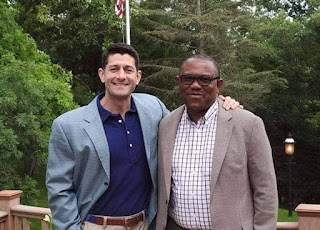 Peter Obi governed Anambra state for 8 solid years and practically performed miracles placing Anambra state to enviable heights. He changed the face of governance in the state with the careful and detailed provision of democracy dividends through ANIDS (ANAMBRA INTEGRATED DEVELOPMENT STRATEGY), with which he developed all the sectors of the economy simultaneously.

The gains he made in the education sector which made Anambra took first position in WAEC and NECO for 4 consecutive years is still being reaped today. His governance style was holistic as he made sure no stone was left unturned.

When he was gunning for the office of the governor of Anambra state, he asked Ndi Anambra this question; “Are we cursed, or are we the cause?”
What he did in the state proved that we are the cause and not cursed.

When Nigerians were gushing at his marvelous and practical speech on  the platform, those of us from Anambra were not surprised because we knew who he was and what he could do.

He lived a modest life even as a governor because, that had been his lifestyle right from time. He practiced what he preached and his emphasis was and is always on sustainable development.

In the Nigeria of today, not many politicians could be ranked with Obi in terms of modesty, prudence, integrity, and economic wizardry which made him to achieve more with less and prepared Anambra state for the current economic recession.

He was the only opposition governor that became a special adviser to the president on economy and  was also in the economic team of the federal government.

When the then finance minister was telling the Nigerian states to save for the rainy days, nobody listened, it was Obi who saved and was able to leave over 100 billion naira in cash (Nearly $300 million USD today) and investment for the administration of Willie Obiano.

A feat never seen before anywhere in Nigeria.
He went about his business with no sirens and Even walked when necessary.

He rejected the conferment of titles during the course of his administration. And demystified governance and built a never seen confidence in the hearts of the people of Anambra state.

Ever since Obi left the mantle of leadership as the Governor of Anambra state, there has never been a corruption case against him nor any indictment. He is as immaculate a politician as snow.

He has embarked on school apostolate as a pastime and has visited countless schools across the states of the federation providing funds for school buildings, equipping of laboratories and provision of computer sets to enhance learning.

He is yet to stop his school apostolate as he knows that education is the bedrock of the society.

He has always laid emphasis on the future of our children as he opined, “The society we abuse today, will take turns on our children tomorrow.”

In the wake of the search by security agencies of the Osborne Towers where the recent tranche amounting to 13 billion naira was discovered, and where Obi is a tenant. Even in his absence he sent the keys to his apartment through courier and instructed that they should also search his house in Onitsha if need be.

His erudite and very loyal aide Valentine Obienyem who was at hand while the search was going on  had these to say about the EFCC operatives searching Obi’s apartment :

“During the search, one of the operatives of the EFCC was overheard doubting if the apartment had anything to do with Obi, citing that it was the simplest in terms of furnishings,
whereupon his colleague told him about the modest lifestyle of Obi, how he still flies economy, and sleeps in cheap hotels up till.”

The only crime Obi was ever found to have committed was when his detractors accused him of having more than one wristwatch, when he said he had worn one wristwatch for almost a decade.

The funny thing about that was that he was never found to have embezzled public money, but people were engrossed about the personal effects of a private individual.

Any Nigerian former governor whose crime was having two wristwatches instead of one ought to be canonized a saint. The watch saga reminded me of what he told me years before about his wristwatch. He said, “Is the use of a wristwatch not to keep time? Very soon people will not be needing wristwatches to keep time because mobile phones will have replaced them.”

Peter Obi is an employer of labour and a business savvy man who has many companies to his name. He was Chairman of many banks and  is chief executive of many companies.

He is a very rich man in every indication and may be ranked among 1000 richest men in the world, yet he makes no noise about that. He is skilled in negotiation and bridge building, though very soft spoken.

He is the most sought after Nigerian politician both locally and internationally. And has always proffered practical solutions to our problems, both economic, social, political and otherwise, hence he is always invited to speak on various gatherings ranging from conferences, symposiums, workshops etc.

A look at all the people coming out for presidency shows that no one is more qualified and has the requisite experience and background to turn Nigeria economy around, but since he is from the 5% region, (As President Buhari derrogates and ill treats the southerners whom he felt gave him minimal votes) people with copies electricity bill in place of certificates will be chosen first.

Hate him or love him, Peter Obi is a rare breed of Nigerian politician, his type comes once in a generation.