The Reality of Fulani Hegemony In Nigeria 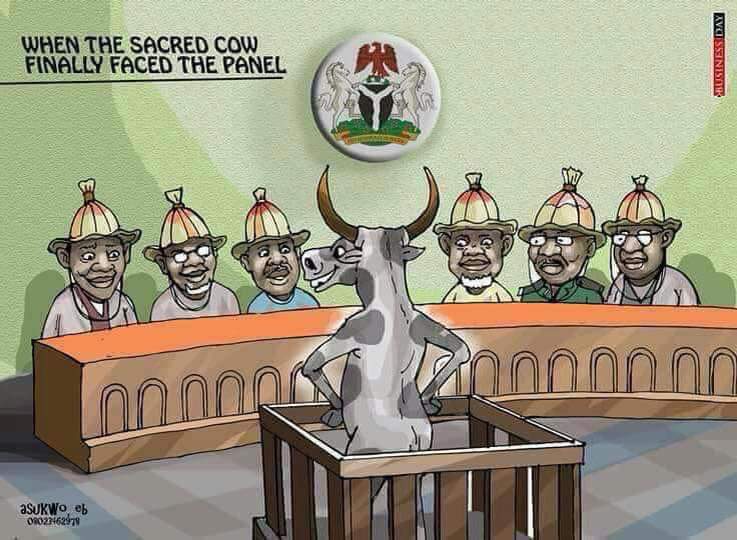 The worst of Atiku will definitely be better than the best of Buhari.

The worst of Dankwambo, Kwankwaso, Makarfi, and Tambuwal will all be better than the best of Buhari.

You must be wondering why all these names;
why not a name of any Southerner?

A cursory look at the names shows they are all Fulani.

Fulani people are so smart and politically conscious that they perfected their hegemony in such a way that the rest of the country will not have an option other than to vote them.

When you think about solidarity and being a brother’s keeper, think Fulani.

Remember during 2015 electioneering campaign where the likes of Ango Abdulahi and other fanatics were bragging that the North must rule for 16 years uninterrupted?

Do you think they call Southerners slaves for nothing?

They know the Southerners are theit political slaves!

They purposely enthroned Buhari as the last of a dying breed, who will pursue Fulani hegemony and Islamization of Nigeria with his last blood.

They were crafty enough to understand that Buhari will fall out of favour because of his wicked, vindictive and evil ways, but would have done a lot of damage by then.

They knew that Nigerians would have been so tired of Buhari that they will be yearning to vote for anybody other than Buhari.

Buhari has failed Nigeria, but he didn’t fail his Fulani people!

He made sure he handed them down almost all the security apparatuses of the country and the major source of revenue.

All these people mentioned above worked for Buhari’s enthronement and supported him.

Most decamped to APC to achieve the aim, while those who remained in PDP became enemy within and worked for the emergence of Buhari.

Now they have achieved their aim, and need to solidify their grip on power, they are beginning to switch parties  yet again.

They played a very smart one on Nigerians as they made every political party to zone their presidency to the North.

With that, either APC, PDP or even the new third force, it must be Fulani.

It’s either Buhari wins it back, or Atiku, or any of those mentioned above but it must be Fulani.

These people plan on the long term and always follow those plans up judiciously.

They always protect the Fulani interest first before anything, that’s why you will never see anyone of them condemn the killings of the herdsmen, no matter the circumstances.

For those marketing some of these people mentioned above on the premises of restructuring, consider it a pipe dream because as soon as as they get hold of power, they will be possessed and controlled by the sultanate powers.

They will never do anything to the detriment of their people.

If you think carefully, you will find out that even in the face of the herdsmen killings, non of them have spoken out against them.

They won’t, because those people represent their opinions, but in a veiled manner.

Take it or leave it, these people are very smart, intelligent, brutal and crafty.

They will always be the political masters, unless the Southerners decide to stand up and fight. And fight here is not violence but diplomatic strategy to get what rightfully  belongs to the Southerners.