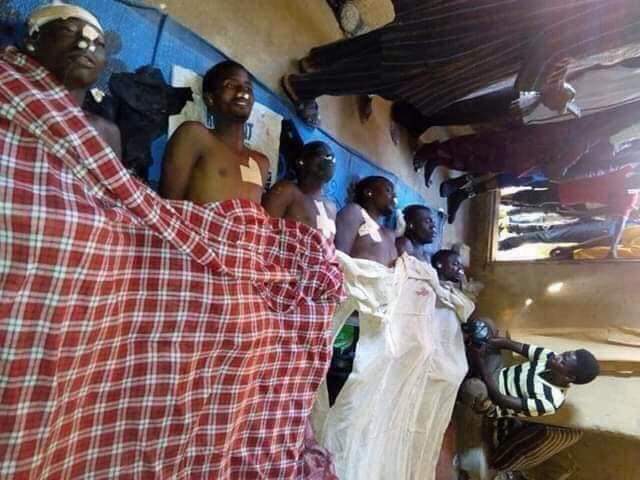 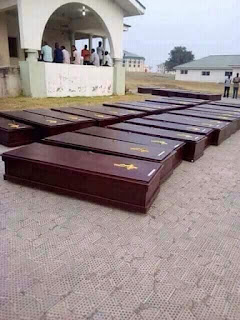 Back in the days when the Legendary Fela Kuti sang that SORROW, TEARS AND BLOOD are the regular trademark of Nigerian soldiers, a lot of people in this generation were not born.
Those that were around then never understood what he was talking about.

Since the inception of Buhari’s (Military dictator) government in 2015, it has been SORROW, TEARS AND BLOOD all over Nigeria.

The killings have been so gruesome and common that they have  become a daily occurrence and that Nigerians get surprised that a day will pass without any news about killings.

Nigeria is not at war, but has witnessed much more killings than countries at war.

The military whose primary objective is to protect the country from external aggression, have turned the nuzzle of their guns to the citizens.

From massacring over 700 Shiite Muslims on procession in Zaria, to the killings of unarmed IPOB members demonstrating within the ambits of the law.

From declaring operation Python dance in the peaceful Southeast, to crocodile smile in the South South, yet they are rescuing rustled cattle in the North, while killing humans in the South.

When the military are not killing the civilians, they are aiding and abetting the murderous jihadist soldiers called Fulani herdsmen.

They killed from Nimbo, to Agatu and other parts of Benue state.

They turned Southern Kaduna to a killing field, and Plateau became a place they go for shooting range.

They extended to Zamfara under the watchful eyes and supervision of the man in Aso Rock and the military.

What about Taraba? The killings continues there.

This vicious killing cycle has started yet again in preparation for 2019 elections.

The killings of Shiite members in Abuja reiterated the Nigerian military commitment to make sure TEARS, SORROW AND BLOOD are constantly flowing in the land.

The Sunni led Nigerian government, and Sunni dominated Nigerian military is hell bent in wiping off all the people they see as infidels, and I wonder why FREEDOM OF WORSHIP IS EMBEDDED IN THE CONSTITUTION.

For all these to stop, the bloodsucking demon Buhari/Jubril in Aso Rock and his cabal must give way.