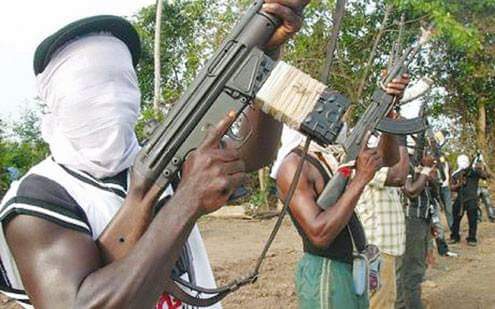 Five people were killed by unknown gunmen in a Plateau community on Wednesday, the police have said.

Two other people were injured in the attack said to be targeted at people returning from a party at about 9 p.m.

The Plateau police spokesperson, Tyopev Terna, said the victims were attacked while returning from a birthday party in Pugu Village.

“On the 27/12/2018 at about 0800hrs the Plateau State Police Command received information from Kim Timothy, the youth leader of Rawuru Village, Fan District in Barkin Ladi Local Government Area of Plateau State.”

“That on the 26/12/2018 at about 21:15hrs some unknown gunmen attacked some people when they were returning from a birthday party from Pugu Village.
As a result of the attack, five people were killed and two were injured,” the spokesperson said.

He said the dead have been buried while the two injured are currently receiving treatment at the General Hospital, Barkin Ladi. The police also pledged to investigate the incident and apprehend the culprits.

Barkin Ladi is one of the communities in Plateau State that have suffered from repeated violence often between herders and farming communities. The violence sometimes takes ethnic and religious forms.
The attack occurred despite the police in Plateau deploying over 2,000 officers to maintain peace in the state during the Christmas season.

Announcing the deployment before Christmas, Mr Terna said patrol vehicles had been stationed at strategic locations to respond to distress calls without delay.

“We want to assure residents of Plateau State that we have put in place comprehensive security strategies to prevent crime before, during and after Christmas.”

“As such, a total of 2046 police personnel have been carefully selected, trained and deployed to protect lives and property of citizens.”

“Also, we have professionally position patrol vehicles in strategic areas to respond promptly to distress calls from members of society,” he said.