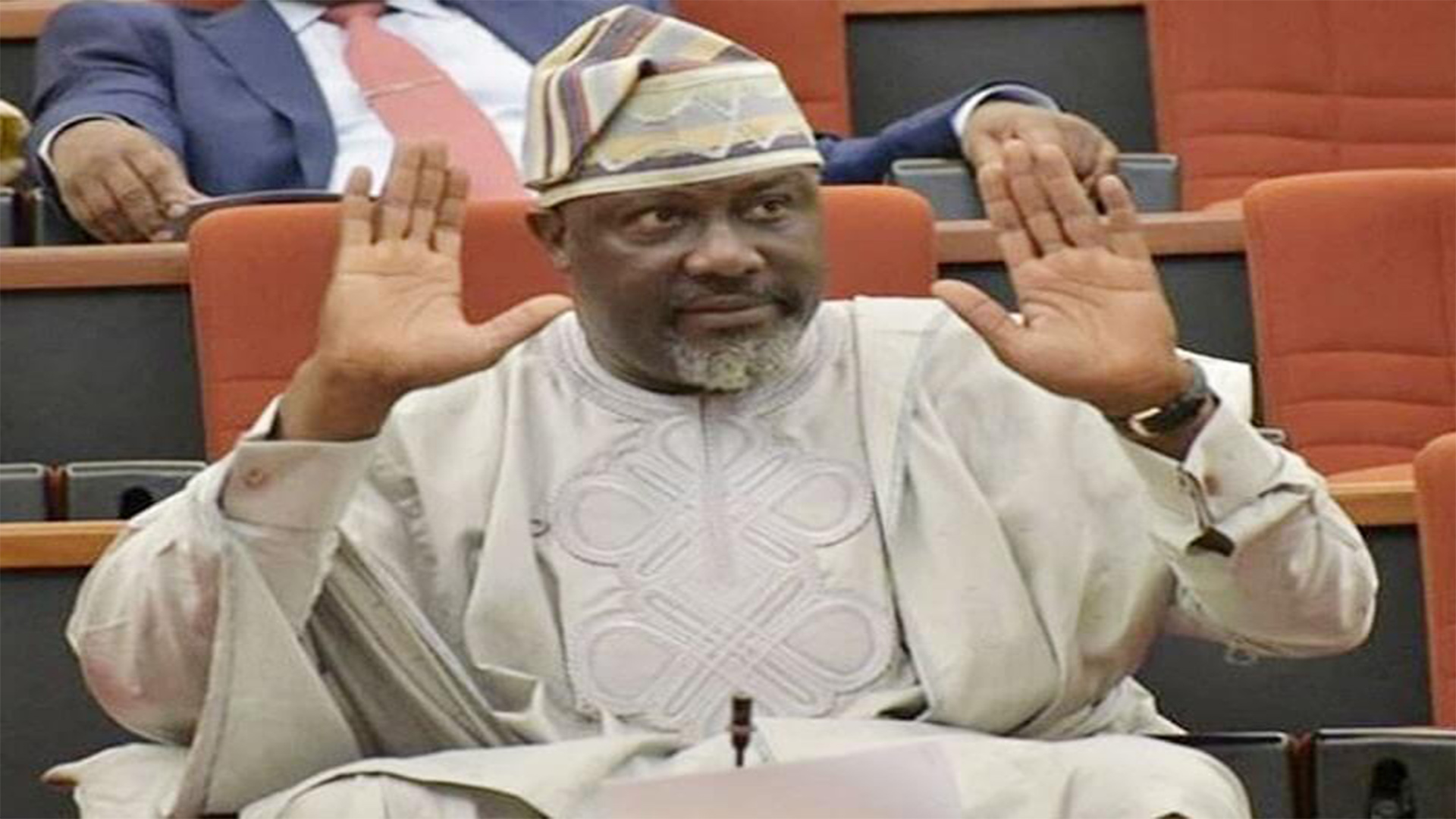 Not fewer than 30 members of the Nigerian Police Force have laid siege to the house of Dino Melaye, the senator representing Kogi West Senatorial District.

The house, located at 11 Shanga Street, Maitama, Abuja was barricaded by armed policemen on Friday.

Six Police Rapid Response Squad vehicles were stationed in front of the building. It was gathered that they arrived at about 12:45pm and blocked the gate with their vehicles.

The senator, who is still inside the building, has refused to come out. When journalists arrived with cameras to cover the incident, the leader of the security team, who was on mufti, asked them to leave, stating that they didn’t want the operation recorded.

When he was prodded on the reason for the invasion, the officer simply said they were there to arrest the lawmaker. He declined to give further comment.

At time of this report, the gun-totting officers have entered the building to smoke the senator out.

The reason for the planned arrest could not be ascertained at time of this report.

It was gathered that neighbours living within the area were not spared, as many of them inhaled the tear-gas, and had difficulties breathing.
The entire atmosphere was also said to have been enveloped in thick smoke emanating from the house. The incident has led to confusion in the area.