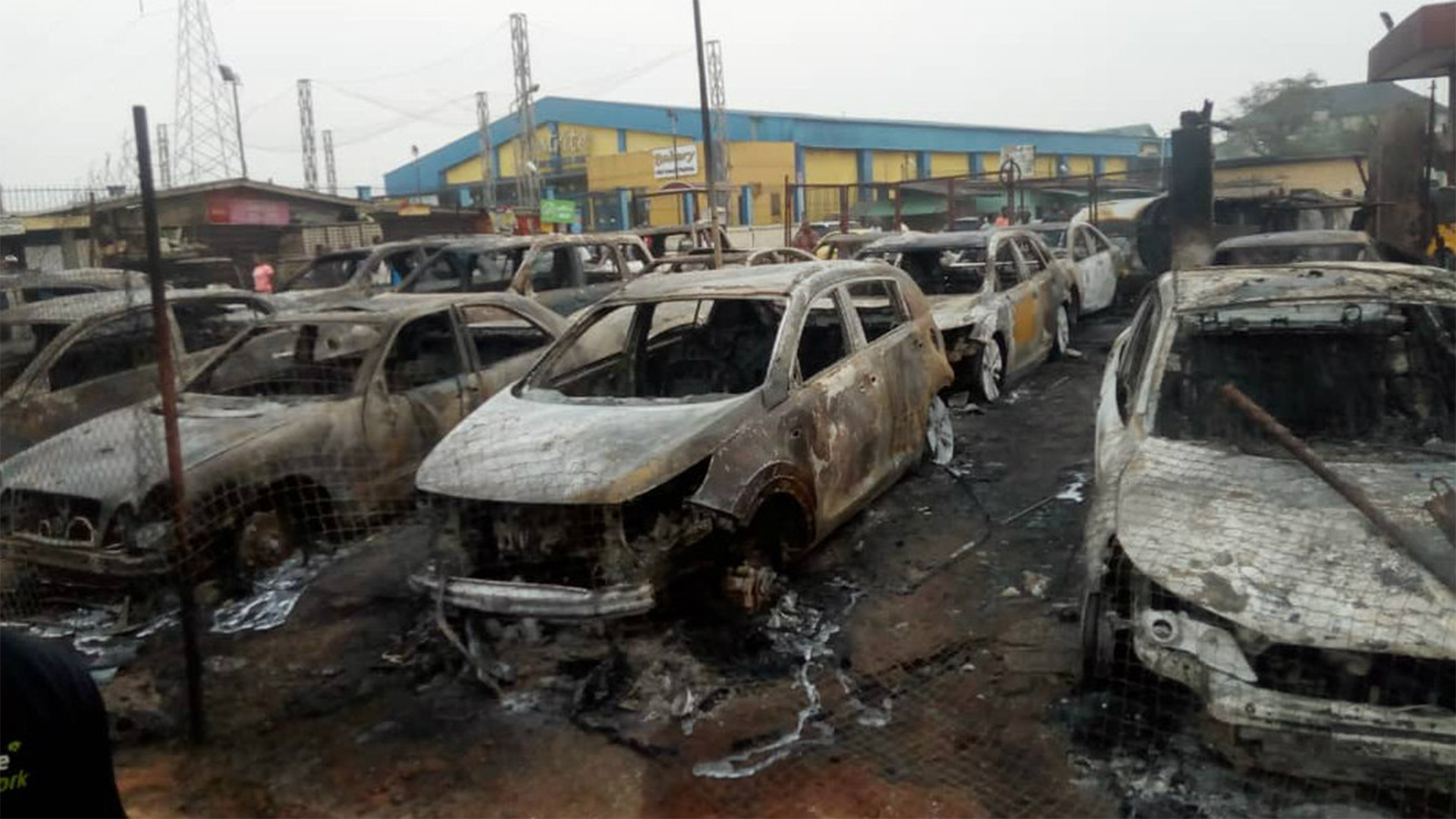 Photo: cars destroyed by the explosion

Pipeline explosion in Abule Egba:- 320 shops, 78 vehicles, 4 residential buildings got destroyed in the Abule egba part of Lagos due to pipeline explosion which happened on the 19th December, 2018 as affirmed by the National Emergency Management Agency (NEMA).

The South-West zone spokesman for NEMA, Mr Ibrahim Farinloye, said people who lost their properties in the incidence will likely get relief materials from the Federal Government.

He affirmed that the inferno was caused by vandals,who burst the pipeline to steal fuel from it. He said the substance streamed to the streets where it caught up with live flame at an abattoir. Affected areas are Arowolo; Shobowale; Karonwi; Santos; Owode; Taiwo Adewole and Wamon Taofeek. 52 families were affected while 78 vehicles got burnt. Affected infrastructures are electric poles, high-tension cables, drainage culverts.

Mr Innocent Amidu, the vice-president of Arowolo Youth Forum , appealed to Federal and state government respectively to compensate victims of the explosion.