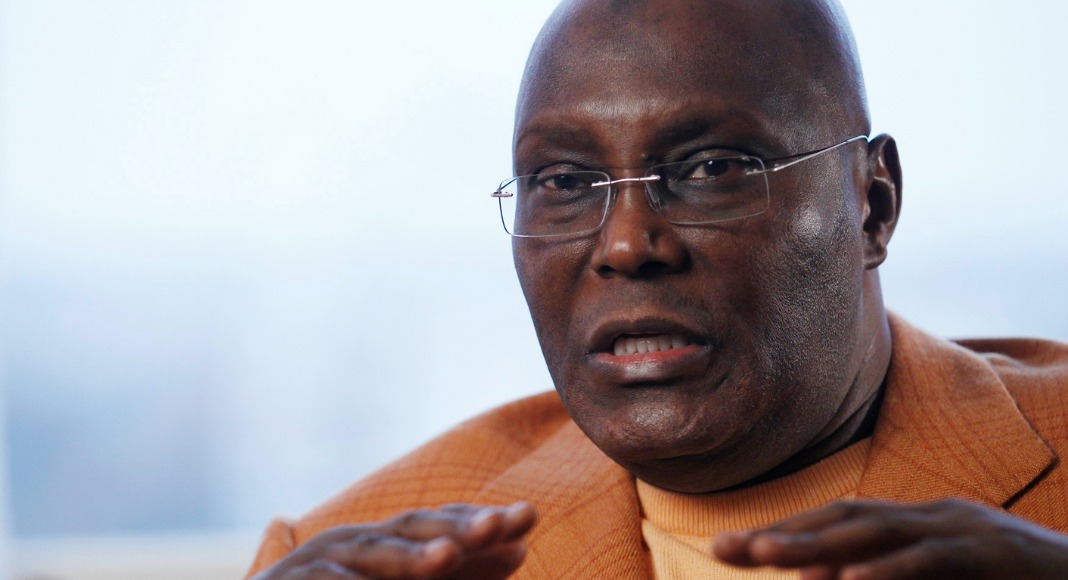 A Peoples Democratic Party (PDP) state governor has warned that his party might lose the 2019 presidential election if it fails to address the concerns of party leaders over a plethora of issues he said were drawing back its campaign for the election.
According to the governor, who asked not to be named so he wouldn’t be victimised by the party, said there is deep frustration in the PDP camp just over six weeks to the election, “And time is running out.”

He said in an interview with reporters, “All is not going well with our campaign and the commitment of many top party leaders to the campaign is suspect.”

The governor, who is considered very influential in the party, said he had been contacted by many leaders of the party from across the country who were worried about the preparation of the PDP for the presidential election.

“It seems as if we have conceded the election to Buhari even though the Nigerian people are behind us. The momentum has fallen, the possibility of victory is getting slimmer every day,” the governor lamented.

He said party leaders were aggrieved by alleged lack of consultation by the presidential candidate, Atiku Abubakar, before making key appointments of his running mate and head of the campaign organisation.

Among the worried leaders he named are state Governors Ibrahim Dankwambo of Gombe, Nyesom Wike of Rivers and Aminu Tambuwal of Sokoto; as well as former Governors Ahmed Makarfi, Sule Lamido, and Rabiu Kwankwaso.

Four of the serving and former governors ran for the PDP presidential ticket against Mr Abubakar.
But the governor said the concerns they expressed had nothing to do with their loss of the party’s ticket.

“He (Mr Abubakar) did not consult anybody before appointing Obi (former Anambra State governor, Peter).”

“They (party leaders) are saying we should have sat down to do a proper calculation on where the running mate should come from, whether from the South-west or the South-east.”

“The thinking among many leaders is that the running mate should have come from the South-West because you have from there people like Tinubu (former Lagos State governor, Bola, of the ruling All Progressives Congress (APC) who is politically-savvy and (Vice President Yemi) Osinbajo who has integrity and credibility.”

“Why will the people of the South-West abandon Tinubu and Osinbajo to vote PDP?”
“People believe that we should have instead given the South-West the vice presidency and make a commitment to hand over power to the South-East after an Atiku presidency.”

The governor also said the South-East leaders of the party have remained lukewarm to the PDP campaign because of Mr Abubakar’s choice of Mr Obi as his running mate.

“(Deputy Senate President, Ike) Ekweremadu and many South-East leaders including the governors; their commitment is not total. Obi is considered an APGA person who only defected to the PDP during the (former President Goodluck) Jonathan era because he had nowhere else to go. In any case, what is his electoral worth in the South-East.”

Mr Obi served two terms as governor of Anambra State on the platform of the All Progressives Grand Alliance but left APGA for the PDP in 2014 after falling out with his successor,Willie Obiano, whose reelection he later failed to stop.
The worried governor also faulted the structure and composition of the PDP presidential campaign organisation.

“There is also Saraki (Senate President, Bukola) who like Atiku is a recent returnee to the party. He was appointed the head of the campaign.
“Real leaders who have been committed to the PDP, people who did not leave the party during rain or shine, they have been sidelined by the newcomers. Why were leaders like Lamido and Makarfi not given central roles in the campaign?”

“The campaign has a faulty structure. Saraki has a lot of baggage. As a sitting Senate President, he cannot oppose the president vigorously as a leader of another arm of the same government. He also still has a lot to do running that arm of government.

“To worsen the matter, in a zone (South-West) where you have leaders like Bode George, you appointed (former Ekiti State governor, Ayodele) Fayose as campaign coordinator.

“What can Fayose do against people like Tinubu and Osinbajo? Who can Fayose talk to in the zone? Who will he coordinate? The campaign in the South-west is structured to fail.”

The governor said there are concerns over the situation of the PDP in other zones too.

“The situation in Kano, where a lot of votes will come from, is going from bad to worse. Although Kwankwaso is the coordinator (for the North-west), he does not appear to be too keen due to lack of consultation. His supporters have started returning to the APC, including the former deputy governor. Nothing is happening in that state now.”

Hafiz Abubakar was deputy to Governor Abdullahi Ganduje until he resigned from the government and APC to join PDP. He has now returned to the APC after failing in his bid for the governorship ticket of the opposition party.

The worried governor also warned of negative implications of the frequent visits by Mr Abubakar to Dubai, the glittering city in the United Arabs Emirate and dragnet for shoppers, tourists and investors from across the world.

“After dropping the Obi bombshell (the announcement of his running mate), he left for Dubai for six weeks, not making use of the huge momentum gained in Port Harcourt (the PDP National Convention where Mr Abubakar won his nomination).

“A group of leaders was to meet him before Christmas only for them to learn that he had travelled to Dubai for holiday. Why go to Dubai to hold meetings about an election that will happen in Nigeria?”

The governor further observed that the PDP flag-bearer has neglected to properly strategise to formulate his message to the Nigerian voters for the election.

“There is no investment in a developing a strategy. The messaging is incoherent. What are the central messages we are pushing to Nigerians?

“We are just making comments like ‘I will sell the NNPC’ (the government cash-cow Nigerian National Petroleum Corporation, which Mr Abubakar has promised to privatise) and throwing around unsubstantiated allegations. A matter of such great concern should have been handled better.”

Too many campaign spokespersons

The governor, however, said the situation could still be salvaged if all the concerns he raised are addressed quickly.
“If we do so, the possibility of turning things around is still there,” he said, but again quickly stressed, “Time is fast running out.”