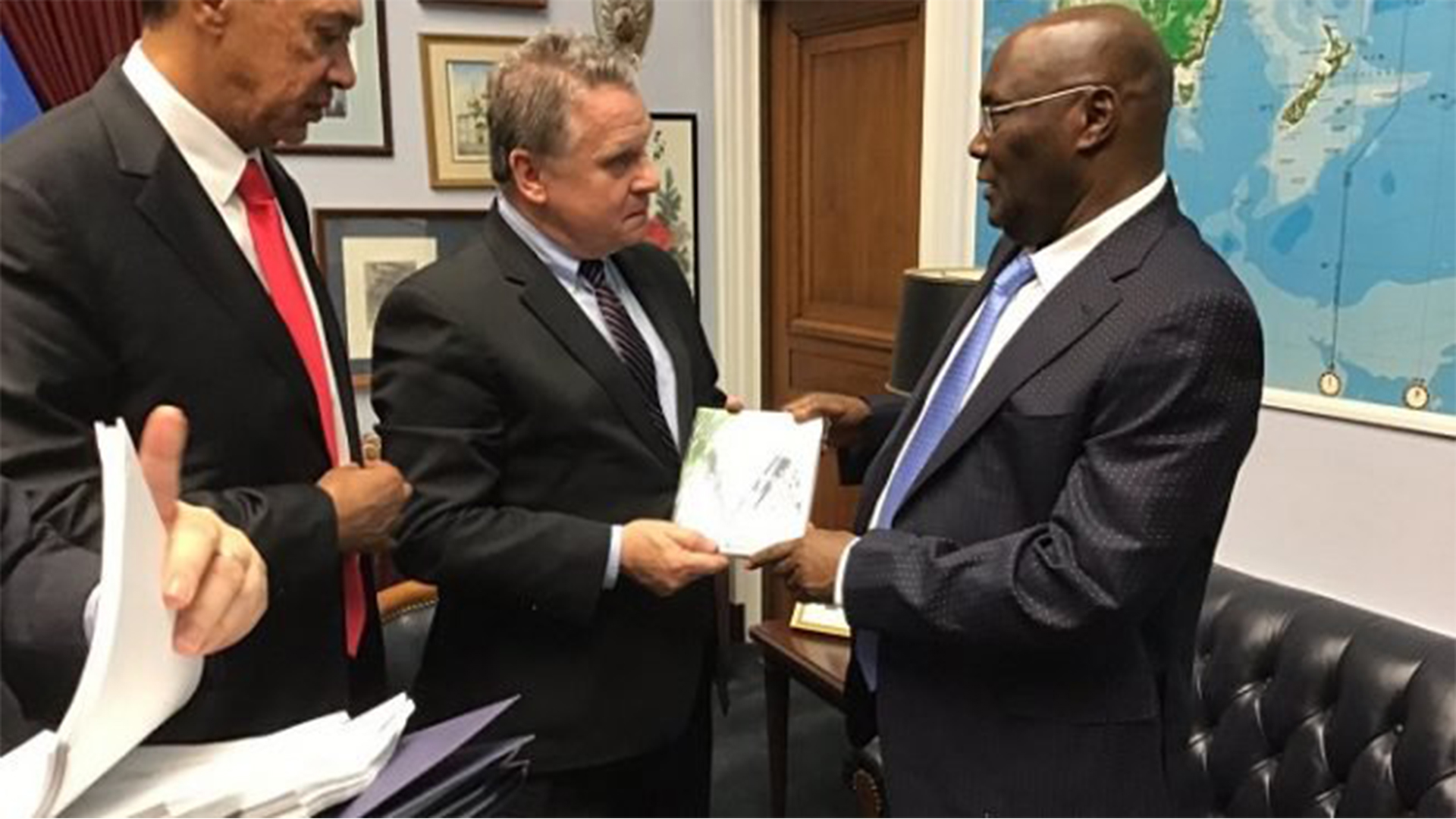 Atiku in a discussion with U.S congressmen while in the U.S.

Many Nigerians don’t understand the import and the impact of Atiku’s visit to the USA.

Disregarding the panicky ripostes of Lai Mohammed and the unintelligent response of Festus Keyamo on this issue, the underlying reality they see is that they know what that trip signifies.

First, it’s jacked up Atiku’s momentum. In a race where people expected something like a new zest from the Waziri just a few days to the election, the American visit was the tonic needed and this was better than what the doctor ordered. Carefully and strategically planned, the visit shocked the APC and they knew the chances of their own candidate losing at the polls became more possible than they ever imagined with this visit. The optics of Atiku visiting the state department officials and US Congressmen and women and American business CEOs as well as having a couple of town hall meetings with Nigerian-Americans were too jarring to the APC.

Atiku has seized the international momentum and narrative and this strategy was too difficult to swallow.

Secondly, as much as many believe that Nigerians in the diaspora do not command any influence in the voting patterns in the Nigerian elections, they actually do. Data has shown that all political watchers. Let me break it down.

Diasporans send between $10 billion to $20 billion annually to Nigeria through money transfers to their families in Nigeria. Many of such families who are dependent on their relatives abroad for these monies can also be politically influenced by the Diasporans. A Diasporan can tell his or her voting family members to vote for a candidate of the Diasporan’s choice in the Nigerian elections. It’s called soft power persuasion.

It’s effective. The APC had most of the Diasporan votes in 2015 as many were hoodwinked by the promise of change then but the Diasporans have realised that Nigeria has sunk under Buhari as hardship and insecurity are the orders of the day. The cries and demands for more funds from home have jarred the Diasporans and seeing the rush to leave Nigeria by members of their families, they understand that this can’t go on again.

Diasporans mostly reason like the enlightened citizens of the countries where they reside in the West. They don’t dance to bullshit. If it ain’t working, get the motherfucker who’s the Head Nigger in Charge out of there and get someone else to replace him. That’s how they roll over there. Many Diasporans have had Buyers Remorse over Buhari since 2016 and have relegated him to their own political rubbish heaps.

The Diasporan perception has more of an impression that an Atiku should be given a chance. They also want Buhari out of there. Diasporans know what jobs are all about and Atiku and Obi speaks their language.

With Atiku busting the stories that he can’t enter America and having an exciting visit in America, the mood has changed. The momentum has doubled and many in the Diaspora are calling their families

Getting over 60% of the Diasporan push is a plus. Buhari has lost his.

He lives in and writes from Lagos, Nigeria.