Give us Inspector General of Police, South-East tells Buhari 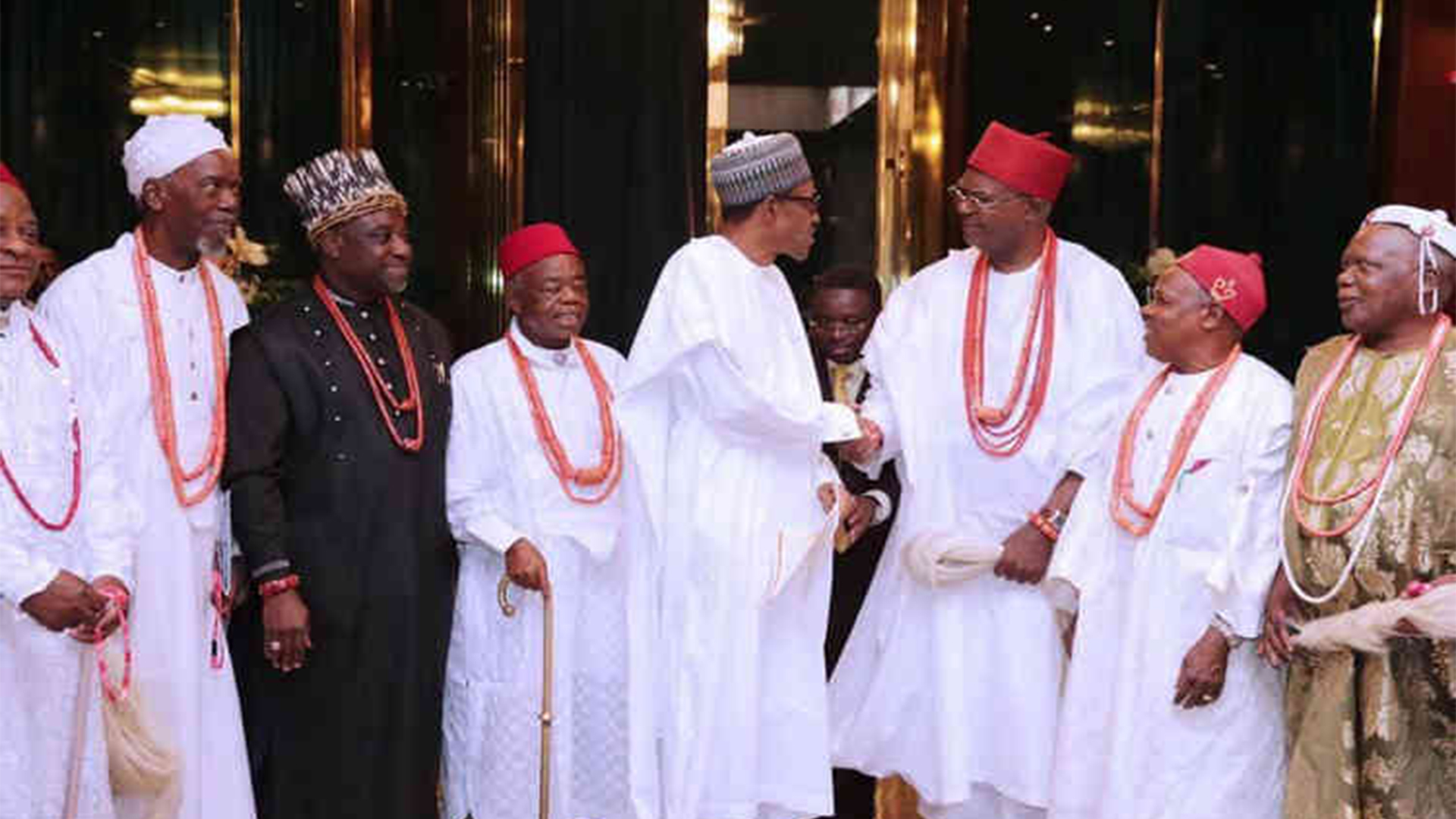 The Igbo tendered yesterday a list of requests as President Muhammadu Buhari visited Onitsha, the Southeast’s business and commercial honeypot, to push his re-election bid.

They demanded that Buhari should:

The Acting Inspector-General of Police (IGP) is Mohammed Adamu from Lafia, Nasarawa State. He succeeds Ibrahim Idris, who retired on January 15.

It was a huge carnival in Onitsha, as thousands thronged a rally addressed by the President.

The All Progressives Congress (APC) campaign train berthed in Anambra State with Buhari, who is seeking re-election, inaugurating the Mausoleum of the First Republic President, the late Dr. Nnamdi Azikiwe, in Onitsha.

The late Owelle of Onitsha’s final resting place was completed by the Buhari-led administration after years of abandonment by previous governments.

Among the sea of people were traders and artisans, who thronged the expansive Holy Trinity field in Onitsha, where Buhari and other leaders took turns to address the rally.

Party faithful sang the President’s praise repeatedly at the rally.

Before inaugurating the mausoleum and the courtesy visit to the Obi of Onitsha, Alfred Achebe, the President was welcomed to the state by Governor Willie Obiano.

The first port of call for the President and his entourage, comprising Lagos State Governor Akinwunmi Ambode and some ministers, were the Obi of Onitsha’s palace, where Igwe Achebe, received them in the company of members of his cabinet.

In line with the Onitsha tradition, Igwe Sunday Okafor spoke for the Obi of Onitsha.

He prayed for Buhari’s success and tabled the requests, which are believed to be the Southeast’s.

He also reminded him of the appointment of a Southeasterner into the Security Council.

The monarch praised Governor Willie Obiano for   seeing   that the   Inosi   Onira   compound of the late Owelle Azikiwe was kept in good shape.

Buhari said the inauguration of the mausoleum confirmed Anambra as his home and one of his strongholds.

He said: “I have nothing to say than to remind you of the situation we met this country, and the promises we made to you.

“So, the best we can do for our country is to return the APC to power. The biggest gift we can give to our country is security and sufficiency of economic prosperity.”

The President said the APC administration had so far addressed the security situation in the country, regional development and equal ministerial appointment.

He said the economy was recovering and the country on the track of development.

The President said: “The larger population is made up of youths between the ages of 35 and below. Nigeria has lots of work to do, to get you employment.

“We have stopped spending our foreign reserve to import rice; there is sufficiency in rice and we now produce it locally, including the Anambra rice.”

Buhari said the mandate given to him by Nigerians required their support, especially for peace and economic development. He said his administration would use all recovered looted funds for the well-being of the citizens.

He, however, promised that his administration, if re-elected on February 16, will continue to make life easier for all by fighting corruption and insecurity.

Buhari said: “The anti-corruption fight is difficult in the current democratic dispensation, compared to the period I was a military Head of State, when those who looted the economy were arrested and prosecuted.”

The President said he had reached an agreement with militants in the Niger Delta on how to protect and ensure safety of natural resources.

He also said the government was tackling kidnapping for ransom, herders/farmers clashes, armed banditry and remnants of the Boko Haram insurgents.

Buhari, therefore, called on the Anambra people to vote for all APC candidates in the forthcoming general elections to enable the party complete all ongoing projects across the country, particularly in the Southeast.

“We have made some progress. What you need to do is to come out on the day of the election and vote for the APC from top to the bottom,” the President said.

He assured the electorate that the APC administration will not betray Nigerians and will not allow anyone to do so.

APC National Chairman Adams Oshiomhole said that the fundamental issues of the campaign were the pronouncements by the PDP that they were ready to change from their old ways of fraudulent administration”,  which he said were all lies.

He said the people should resist that move by not voting for them.

Oshiomhole said: “With what I have seen here today in this light of the nation state, the APC has already won the general elections.

“I am, therefore, calling on you to ensure that you vote for all of the candidates of the APC from top to down during the general elections.”

APC Campaign Council Director-General Rotimi Amaechi urged the electorate to vote the party all through to ensure a smooth running of the APC administration.

He said: “Whereas the PDP was in power for 16 years, the APC in power for three years had accomplished far more, including rail, roads and fiscal prudence”.

Amaechi, who is the Transportation minister, urged the electorate to reject the PDP, which he said, should be blamed for the deplorable condition of roads in the Southeast and the Southsouth.

Ngige said: “Join us in this journey to the ‘Next Level’ of a prosperous, strong and stable Nigeria.

“We have worked hard to fulfil our promises and while the road may have been difficult, over the last three and half years, we have laid the foundations for a strong, stable and prosperous country for the majority of our people.”

The state coordinator of the Buhari Campaign, Senator Andy Ubah, said the large turnout of supporters at the rally showed that the APC and its candidates will win the February 16 presidential election and March 2 governorship and Assembly elections convincingly.

The party’s senatorial candidate for Anambra Central Senatorial Zone, Sylvester Okonkwo, noted that Buhari’s achievements were not only completing and commissioning of Zik’s mausoleum, but working on abandoned federal projects in the Southeast and training and empowering of youths across the country.

Okonkwo said the President had shown enough love to the Igbo, predicting that he (Buhari) would rake in enough votes in the state and Southeast in general during the 2019 election.