Onnoghen: President Buhari must stop this desecration and respect the rule of law – Nwobodo 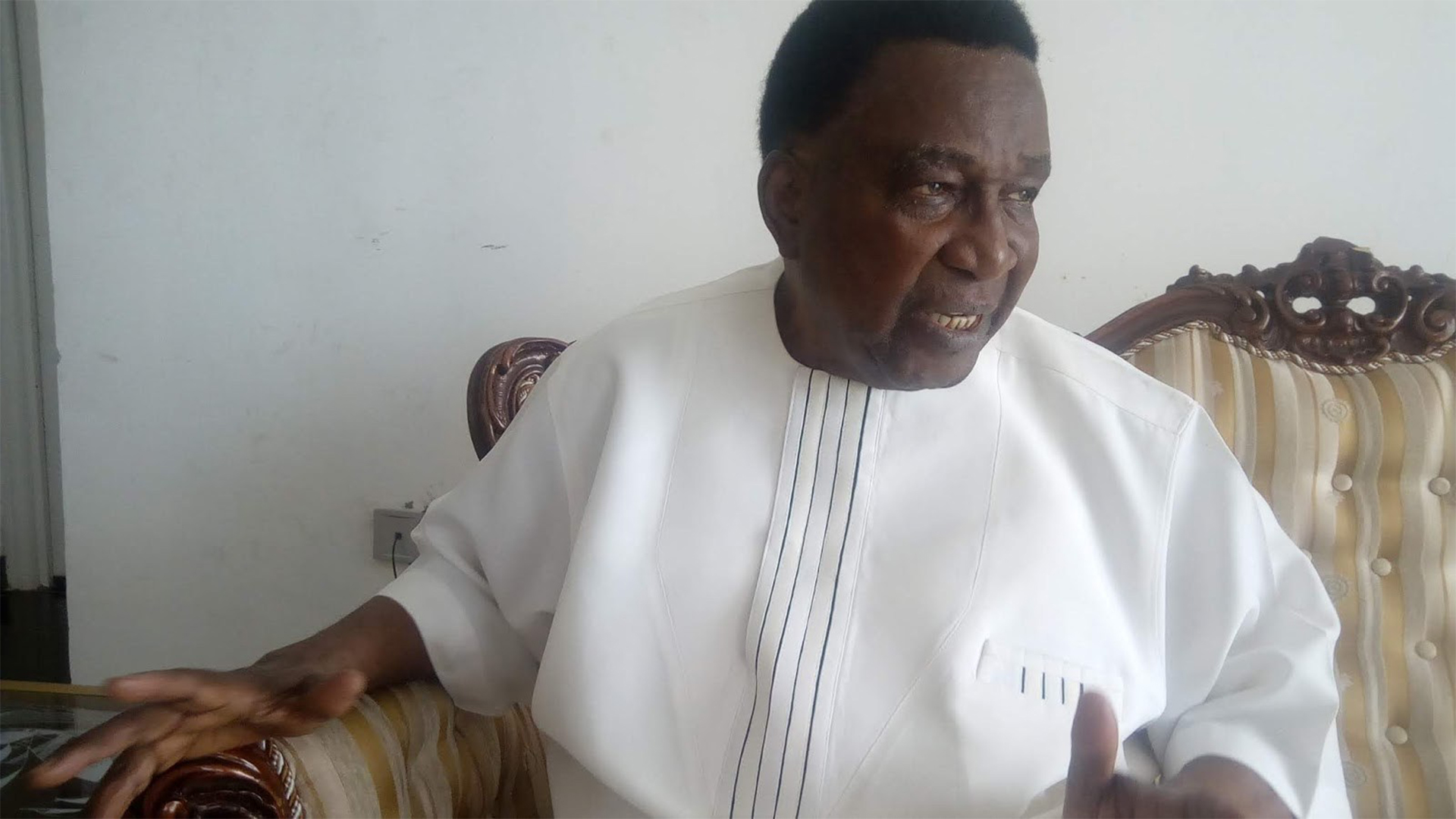 FORMER governor of old Anambra state, Senator Jim Nwobodo has returned to the Peoples Democratic Party, PDP, citing the dire need for an Igbo to become Nigeria’s  president in 2023 as one of his reasons for the volt face.

Nwobodo also said he was convinced that his former political party, the All Progressives Congress, APC, will not win the February 16 presidential election. Nwobodo defected back to the PDP that he was part of the founding fathers, on Friday, in his country home, Amaechi-Awkwunanuw Enugu South local government area, in midst of major political gladiators in the South east, who came and pleaded with him to leave the APC.

Senator Nwobodo equally stated that he had considered himself more of a statesman than a partisan politician, but because the PDP has offered the Igbo a window of assuming Nigeria’s presidency in 2023 through the extension of the vice presidential ticket to Mr. Peter Obi, he was convinced that his return to PDP was in line with the aspirations of his people.

Responding to their demands for him to return to the party, Nwobodo said “When we formed PDP I was in Kirikiri Prison, along with Alex Ekwueme and Bisi Akande as my cell mates.  Nigerian politicians forget history.  At this stage of my life I am more of an elder statesman than a partisan politician.

“I’ve served Nigeria in state and federal levels with fair share of ups and downs and I’ve made mistakes.

“Experience on issues confronting Nigeria, the economy, insecurity and dichotomy; between tribe and arms of government- these three deep-rooted issues that must be discussed.

“As democrats we must tell the president the truth. I know how difficult it is to know true situation of things.  As a democrat I was concerned as my fellow members boasted that the 2019 election was as good as won – I wondered how.

“The ongoing attempt to rusticate and desecrate the judiciary by charging  the CJN to CCT is dangerous; I can’t be part of it.  President Mohammadu Buhari must stop this desecration and respect the rule of law. No genuine investor will come to a country where the judiciary is made fun of. My expectation is to be hopeful for our people. What is happening now in our country is not the  way to groom and mentor the young.

“On the return to democracy in 1999, I was one of the founding fathers of PDP, we agreed on rotation between north and south to strike a balance. Obasanjo took first shot and handed to Yar’Adua, followed by Jonathan.  Of the three southern zones only the South East is yet to produce a president. It’s been our hope that Nigerians will rally in support of a president emerging from the South East.

“I had hoped that the route to Igbo presidency would be via APC but comments by top APC officials are not encouraging.  Igbo and PDP leaders approached me to return, some of you are part of Ohanaeze – it’s difficult for me to ignore such calls.  That Atiku named an Igbo man his Vice presidential candidate means I can’t stay away.  We will now go to the next level after the VP slot.

“I’m with the Igbo and I will be with them always.  Let me say the as an igbo Nigerian born in Lafia, went to School in Zaria and attended University of Ibadan and taught  at Kings College Lagos, I’m a full Nigerian. I succeeded in bringing Zik and Awo in my residence in Enugu as a governor.  They met over lunch for the first time in many years.

Nwobodo further regretted not being invited by by the APC to the inauguration of Zik’s mausoleum in Onitsha on Thursday, stating that “We must follow an Igbo vice presidential candidate, Peter Obi – in our enlightened self-interest. Ensuring equity and justice calls for accommodation.  I have no regret about returning to PDP.  I recall how Buhari, as head of state, jailed many second republic politicians with  sentences running to over 100 years each.”