Undocumented workers who worked for Trump ask Congress for protection 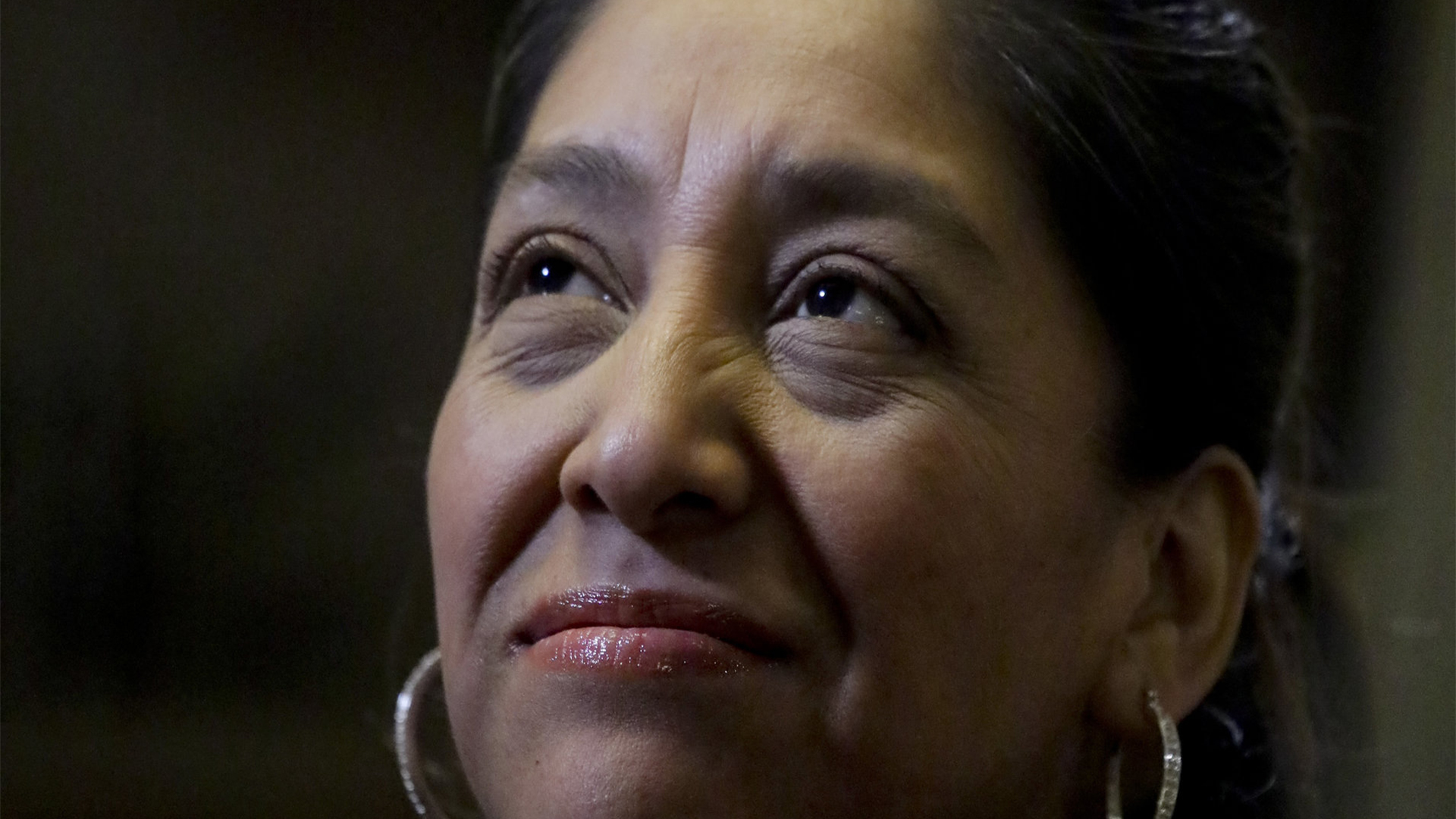 Victorina Morales, a cleaner who spent years working at one of President Donald Trump’s golf clubs, risked deportation by outing herself as an undocumented worker to the New York Times in December — but now she’s asking Congress for protection.

Along with three other former club workers, Morales arrived in Washington this week to meet with lawmakers, who they hope will launch an investigation into Trump Organization hiring practices and shield them from Immigration and Customs Enforcement, the enforcement arm of the Department of Homeland Security.
The group met Tuesday with New Jersey Democratic Sens. Cory Booker and Robert Menendez.
Menendez said after the meeting that he’d “raise concerns” with federal agencies about ensuring their status is not affected “negatively.”
“[The workers] really speak volumes about the hypocrisy of the president who rails against immigrants but uses their labor and does so in a way, and an in an environment, as I understand it, that was hostile to them and threatening to them,” Menendez said in remarks to reporters Tuesday.
The Washington Post reported this past weekend that a dozen undocumented workers had been fired from the Trump National Golf Club in Westchester, New York. The New York Times first reported in December that another Trump club in Bedminster, New Jersey, employed Victorina Morales, an undocumented worker originally from Guatemala.
A spokeswoman for the Trump Organization responded to a request for comment by providing a statement previously issued by Eric Trump: “We have tens of thousands of employees across our properties and have very strict hiring practices. If any employee submitted false documentation in an attempt to circumvent the law, they will be terminated immediately. We take this issue very seriously. This is one of the reasons my father is fighting so hard for immigration reform. The system is broken.”
But Morales, who entered the US illegally in 1999, said in an interview with CNN that she had no problem getting hired by the club.
She began working at the Trump National Golf Club in Bedminster as a housekeeper in 2013. Morales said that club managers helped her obtain fake documents, saying that they took her photo for the documents in the laundry room.
But an increasingly hostile environment since Trump’s election, as well as what she describes as abuse by her supervisor, put her over the edge — and as a result, inspired to share her story publicly.
“I was tired, there were many insults,” Morales said. Former colleagues have since cut off contact with her, she added.
The descriptions the former employees at Trump’s golf clubs gave about how they obtained their positions are similar: They came in, provided paperwork and were asked to come to work almost immediately after.
Gabriel Sedano, a former maintenance worker at Trump’s golf club in Westchester, told CNN he began working for the club in 2005 and was always treated well. He was discouraged by Trump’s rhetoric during the 2016 campaign, and expected there might be a wave of change after Trump was elected but nothing happened.
“[His remarks] bothered a lot of people,” said Sedano, who was among those who called on Menendez. “We come to work and we work hard.”
Then, on January 18, he was among about a dozen employees at the club in Westchester who were fired over their work status, he said.
“It seemed unjust that they just call you and they fire you when they knew we were good workers,” he said.
A lawyer who joined the workers in their meetings on Capitol Hill said any effort to deport those who have come forward could amount to obstruction of justice.
“If they get removed from the US, that is obstruction of justice because these are witnesses and that’s what we’re talking about on Capitol Hill and they’ve been very responsive,” said David Leopold, a partner with Ulmer & Berne who chairs the firm’s immigration practice.
(CNN)