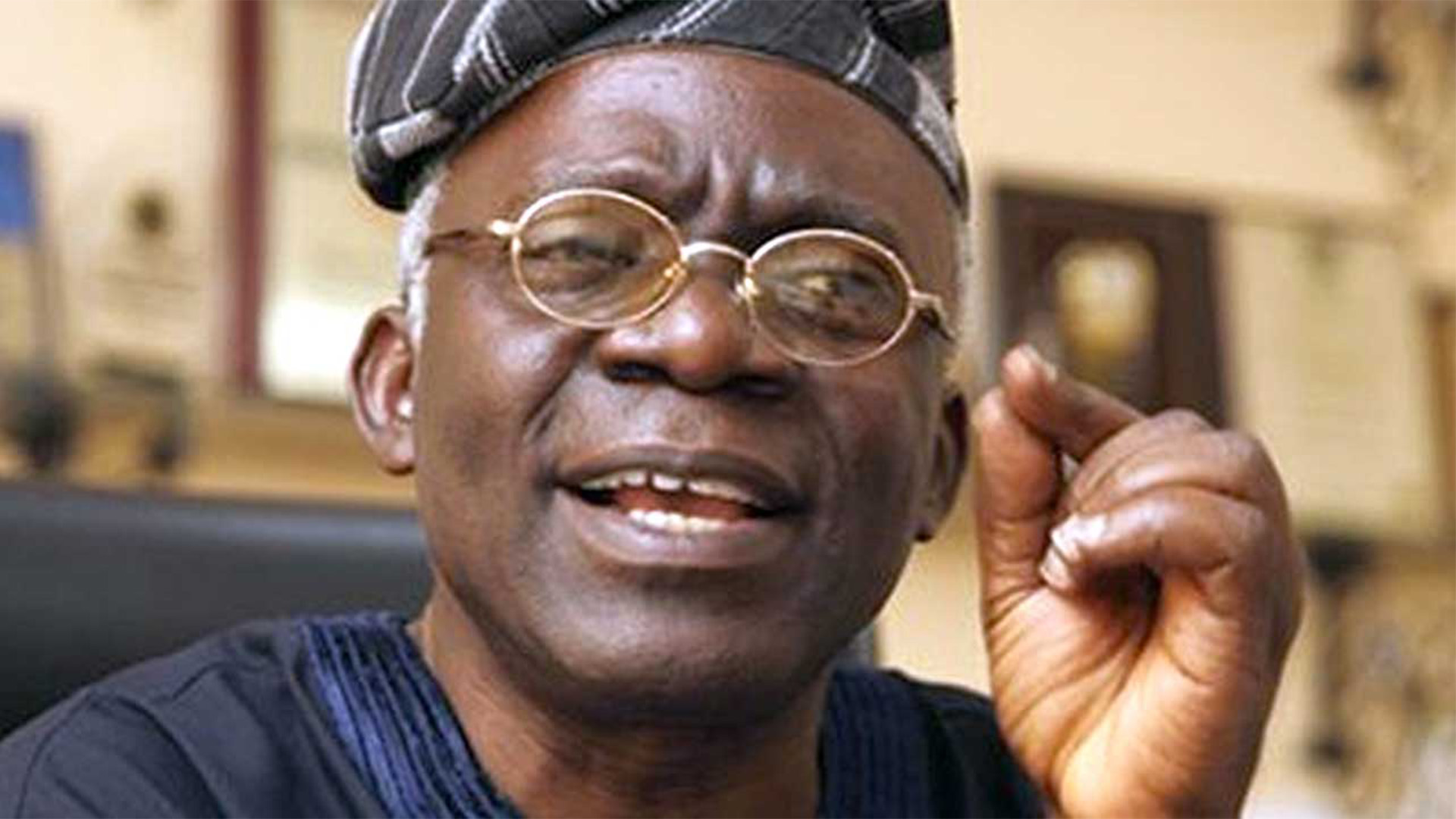 The admonition came as Rivers State Governor, Nyesom Wike, yesterday revealed that the federal government had mapped out strategies to intimidate 200 judges, especially those in the federal judiciary.

Falana said he made the request having confirmed that a petition had been submitted to the National Judicial Council (NJC) alleging grave misconduct against Onnoghen.

In February 3 letter addressed to the Attorney General of Federation and Minister of Justice, Abubakar Malami, Falana urged him to advise President Muhammadu Buhari to reverse the suspension because a public officer could not be removed from office on the basis of an ex parte order granted by any court or tribunal in Nigeria.

The letter read, “Since the charge of false declaration of assets was filed against the Chief Justice of Nigeria, Justice Walter Onnoghen at the Code of Conduct Tribunal, by the Code of Conduct Bureau, I have repeatedly requested you to use your good offices to discontinue the case. My request was anchored on the case of Elelu-Habeeb v Attorney-General of the Federation & Ors  (2012) 40 WRN 1 where the Supreme Court held that by virtue of Section 292 of the Constitution of Nigeria the head of any of the judicial arms of state and federal governments cannot be removed from office without a prior investigation conducted by the NJC.

“Having confirmed that you have since submitted a petition to the NJC alleging grave misconduct against the chief justice, I am compelled to request you, once again, to file a nolle prosequi to discontinue the charge pending against his lordship at the CCT without any further delay.

“The charge should not be allowed to hang like a Sword of Damocles on the head of the chief justice while he is being investigated by the NJC.  In view of your implicit confidence in the ability of members of the NJC to resolve the matter you ought to accede to the request to terminate the proceedings at the CCT forthwith.”

Falana posited that the withdrawal of the case from the CCT would lead to the immediate vacation of the ex parte order relied upon by the president to justify the illegal suspension of Onnoghen and the appointment of Justice Tanko Muhammad as Acting Chief Justice of Nigeria.

“Even though by virtue of Paragraph 10 (2) (a) of Part 1 of the Fifth Schedule to the 1999 Constitution (as amended) the CCT is empowered to order any public officer to vacate office the power cannot be exercised until such a public officer has been tried and convicted for breaching the provisions of the code of conduct for pubic officers.

“But as a public officer cannot be removed from office on the basis of an ex parte order granted by any court or tribunal in Nigeria we urge you to advise President Buhari to reverse the suspension of the chief justice.

“Once the suspension is reversed Justice Onnoghen will then be prevailed upon to resign as the chief justice having lost the moral authority to preside over the affairs on the juridical organ of the government of the federation.

“However, if his lordship does not call it quits or if the NJC does not recommend his removal from office you may wish to exercise your powers under section 174 of the Constitution to prosecute him for failure to declare his assets which is a punishable offence under the Code of Conduct Bureau and Tribunal Act.

Rivers State Governor, Nyesom Wike, has said the federal government has mapped out strategies to intimidate 200 judges, especially those of the federal judiciary.

He said strategic credible intelligence intercepted by him revealed that a federal minister told a gathering that following the destabilisation of the Supreme Court, the next target would be the Court of Appeal and the Federal High Court.

Speaking during the central healing service of the Greater Evangelism World Crusade yesterday in Port Harcourt, Wike said the All Progressives Congress (APC)-led federal government has collected the asset declaration forms of 200 judges from the Code of Conduct Bureau for the planned mass onslaught.

He said: “I intercepted a discussion by a minister of the Federal Executive Council where he was telling a gathering that they are happy that they have dealt with the Supreme Court. The minister said the next set would be the Court of Appeal judges and the Federal High Court judges. The minister said any judge that fails to cooperate will face trump up charges and compelled to resign.

“This APC-led federal government has gone to the Code of Conduct Bureau to get the asset declaration forms of 200 judges. Any judge that fails to follow their evil plot, will be harassed with false allegations and persecution”.

The governor noted that the APC-led government would generate several false allegations to compel upright judges to resign from the bench.

He called on the church to pray for the Federal Judiciary to survive “the deadly siege of the APC-led federal government.”

He said: “The church should continually pray for the federal judiciary. The judiciary in Nigeria is under siege. If anything happens to the judiciary, our democracy is in trouble.

“The church needs to pray for the judges to remain strong in the face of intimidation and harassment.”

On the forthcoming general election, Wike urged the people to vote for the revival of the country. He said the country is not doing well and needs to make progress.

He thanked the church for praying for peaceful and credible polls in Rivers State.

International Director of Greater Evangelism World Crusade, Pastor Isaac Olori, said the forthcoming general elections are crucial to the country moving away from the era of under-development and siege.

He said that the church shares in Wike’s passion for prayers as a platform for making a difference in a Christian society.

He said every leader must have a listening ear and the ability to respond to the needs of the people by addressing their challenges.

He said: “We are not looking for helpless people to lead us. We want leaders with capacity. That is why the forthcoming elections are very important.

“If anyone is looking for leadership, be prepared to make a difference in the society.”