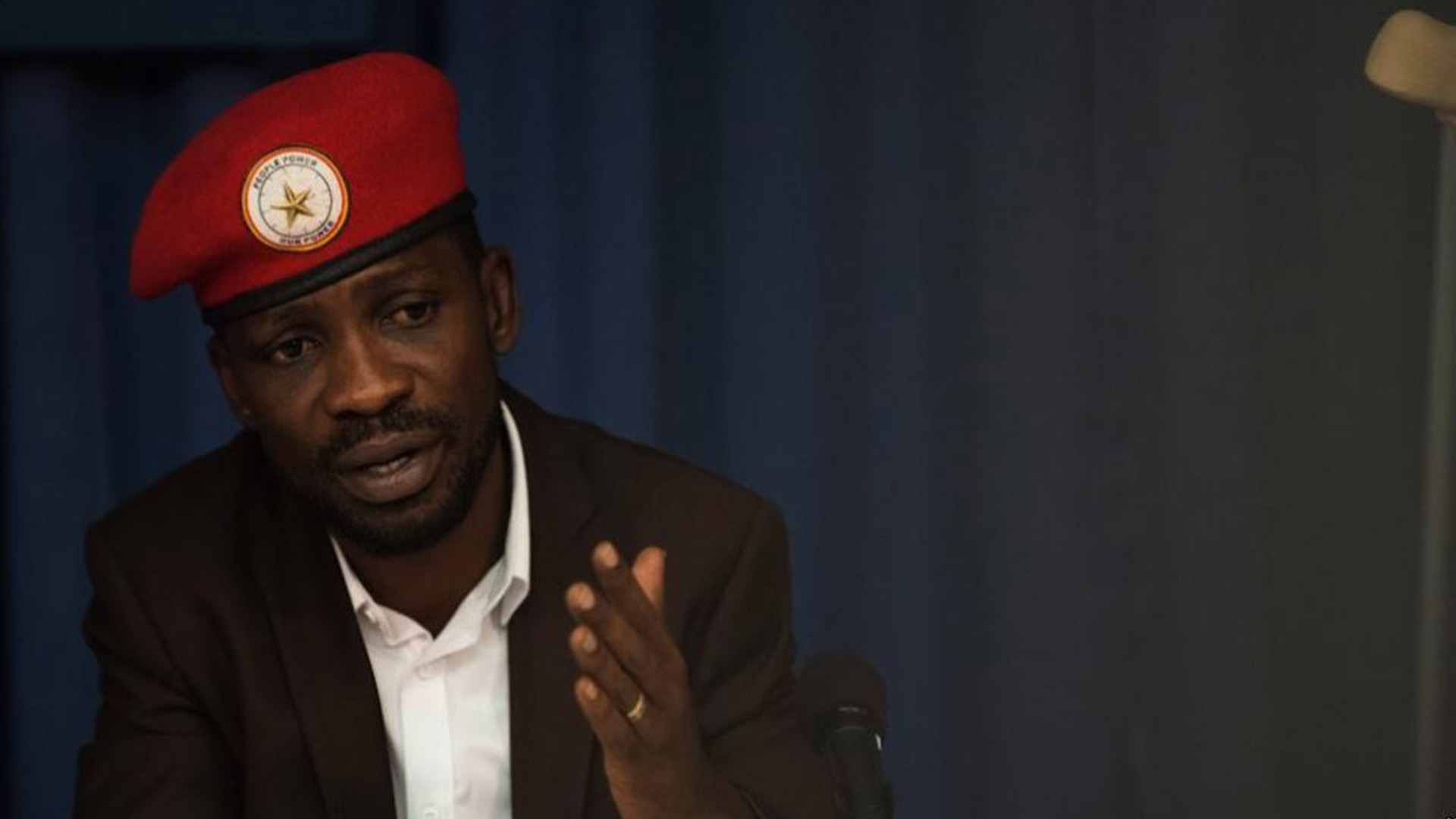 Pop star turned MP Bobi Wine is making plans for a bigger political stage in the country and says he has launched a grassroots movement for young people aimed at challenging the country’s longtime leader President Yoweri Museveni.

Speaking with CNN’s Robyn Curnow Wine said he is “seriously considering” running for president in 2021 where he is expected to face Museveni who has ruled Uganda since 1986. Museveni has changed the constitution twice to extend his stay in office, although he has not declared his intention to contest in the next elections.
Wine said dictatorships have thrived in Africa by suppressing young people, and getting young voters to the polls could help change the game.
“Ugandans cannot be free unless they free themselves from military rule and lawless rule,” Wine said.
“We started a campaign calling upon all people of Uganda, especially the young people that have been so apathetic to go ahead and register themselves and be voters. Not just supporters but voters.”
“We believe that by the time we get to the election which is about two years away, we will have many Ugandans registered as voters and overwhelming Museveni looks like our only way out.”
However a spokesman for the Ugandan government, Ofwono Opondo, dismissed the MP as presumptuous.
“Wine is being presumptive, perhaps to ride on Museveni’s name to gain some international attention. Otherwise, it is his right to do so if he really wants to run for the Presidency of Uganda,” Opondo said in an emailed statement to CNN.
“It’s not up to Museveni to prepare a handover. His job is to ensure elections are organized and held, regularly and on time and the winner according to the popular vote will lead Uganda,” he added.

Wine, whose real name is Robert Kyagulanyi, is the leader of a youth movement calling for an end to Museveni’s 32-year-old rule in Uganda
He entered politics as an outsider in 2017 and has since proved to be a thorn in Museveni’s side.
In the same year, he ran for a parliamentary seat without the backing of a political party and won in a landslide.
The reggae sensation continues to release songs highly critical of the President and has used his star power to criticize unpopular government policies.
Authorities have banned his songs in the past and canceled some of his recent performances.
The government has proposed new regulations vetting lyrics and songs by artists before they are released, a restriction Wine said seeks to silence his voice.
“The regime in Uganda has always used various approaches to curtail personalities…after noticing music has played a big role in the opening of the minds and eyes of the people the regime seeks to regulate it,” Wine told Curnow.
Despite the restrictions, Wine said he would continue to hold concerts abroad to draw international attention to the “dictatorship regime” in Uganda.
“While the world looks at my brutalization and personal oppression I know millions of people go through similar oppression or even worse in Uganda.”
“So I want to use my circumstances to prepare that voice, so the world does not only see my oppression but looks at the oppression of all my countrymen,” Wine said.
His fight for a change in leadership has been met with equal resistance from the government.
Wine was charged with treason last year August and was only released from prison following widespread protests and intense pressure from activists and governments around the world.
The politician said he was tortured in detention, an allegation the government has dismissed as “fake news.”
(CNN)