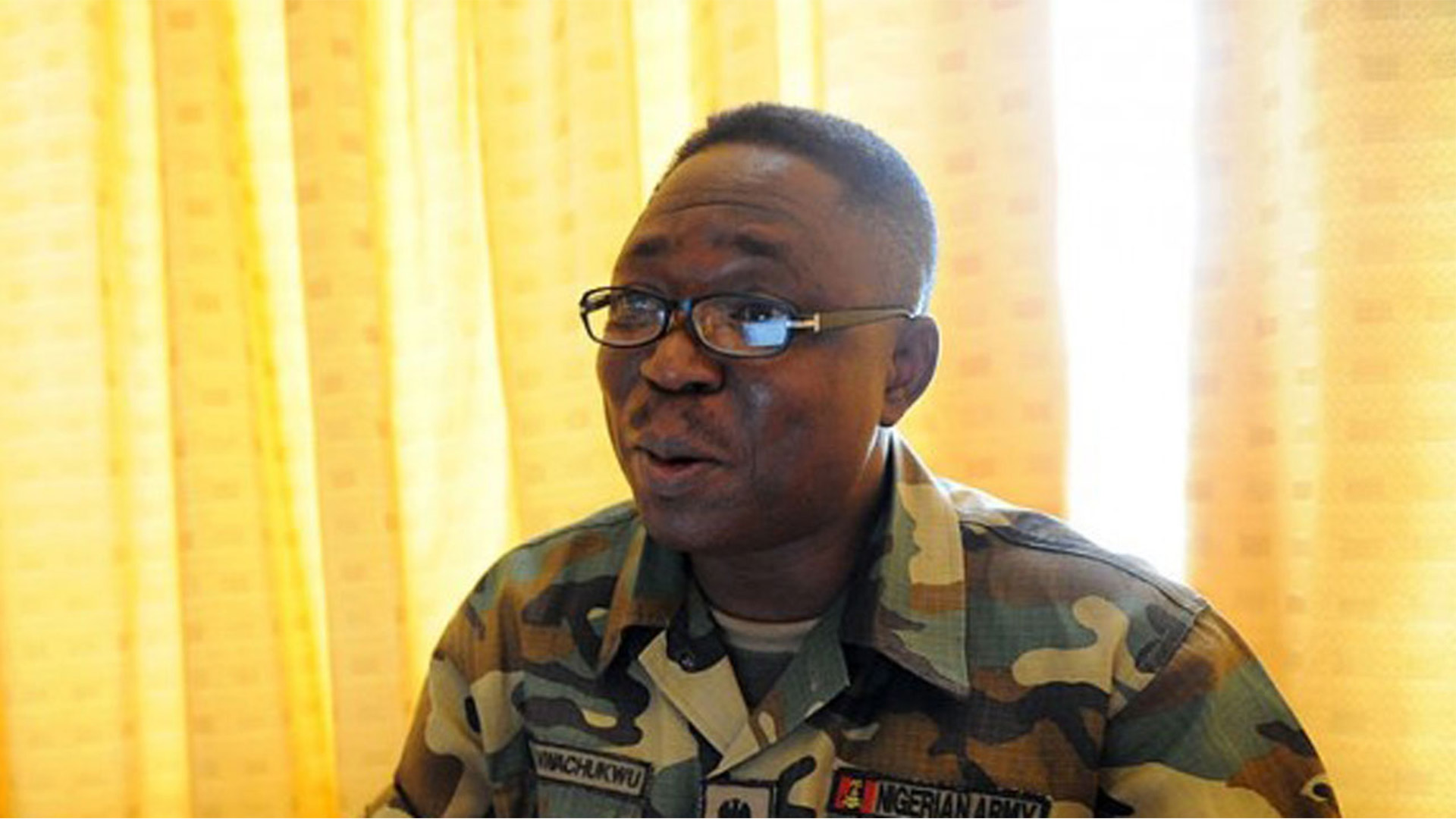 Colonel Onyema Nwachukwu
The Nigerian Army on Sunday said they had uncovered a plot by Boko Haram insurgents to win public sympathy through the unconditional release of rustled cattle to the owners.
Deputy Director, Army Public Relations, Operation Lafiya Dole, Colonel Onyema Nwachukwu, quoted the Theater Commander, Benson Akinroluyo, as disclosing that the insurgents deceived people by voluntarily returning cattle, hitherto rustled from the owners in the northeast.
Part of the statement reads:
“The army have uncovered the employment of deception by Boko Haram terrorists to win the confidence and support of locals in the North-east.
“Boko Haram terrorists now engage in cattle rustling and later return the rustled cattle to their owners, thereby deceitfully creating the impression of Good Samaritan and presenting themselves as protector of the people.”