Unusual weather conditions the cause of Osinbajo’s helicopter crash 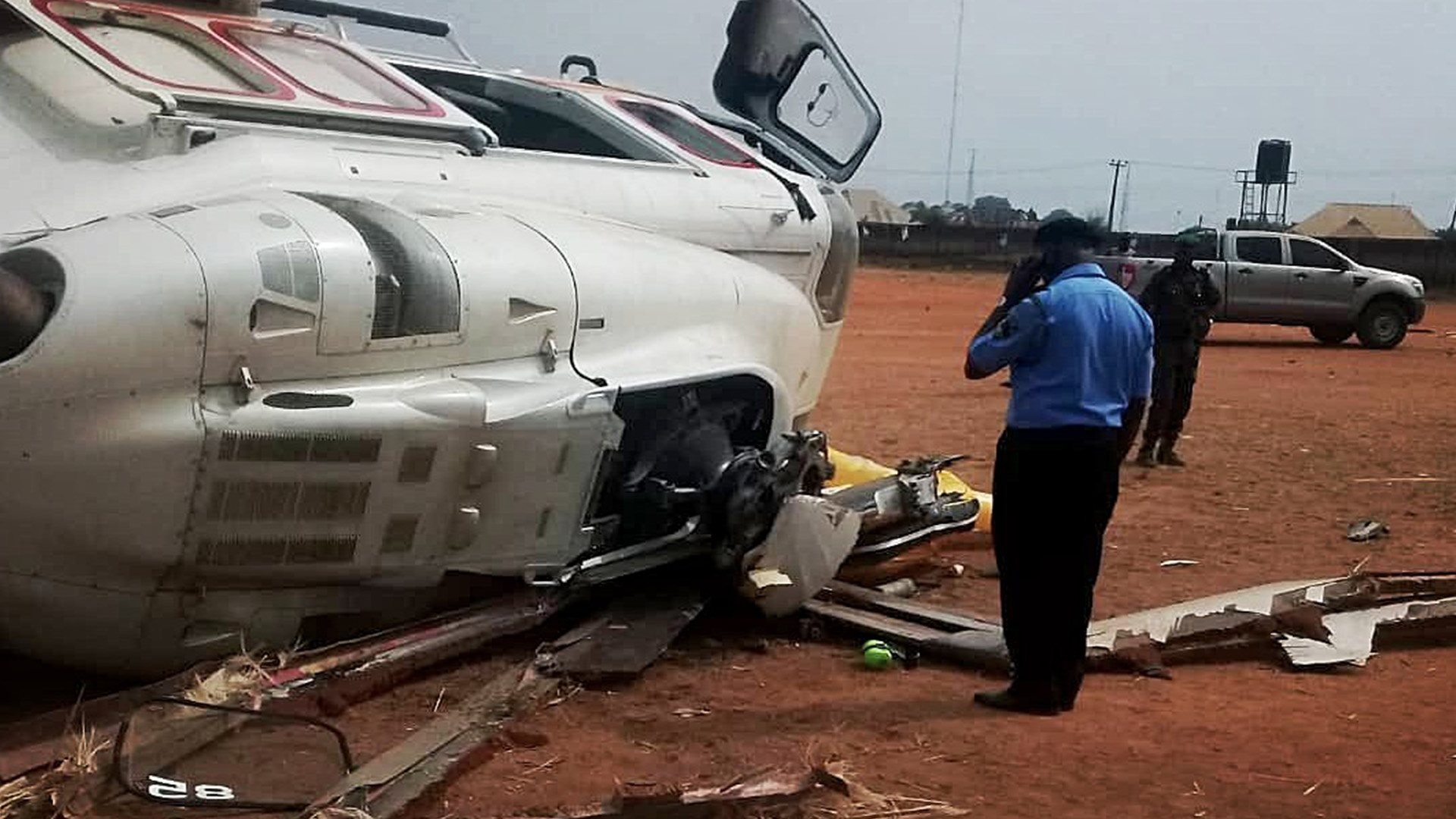 Caverton Helicopters, the manager of the crashed aircraft which was carrying Vice President Yemi Osinbajo, and other government officials, on Saturday afternoon, has attributed “unusual weather conditions” to the cause of the crash.
This was made known in a memo signed by the Managing Director of Caverton Helicopters, Captain Josiah Choms.
Choms acknowledged that the Augusta AW139 helicopter crash landed in Kogi State around 3pm yesterday.
He however said the company had informed the relevant authorities on the crash and that investigations has commenced.
The memo read in part: “There were no injuries to the passengers or crew onboard and they were all quickly and safely evacuated.
“The relevant authorities have been duly informed and an investigation into the incident has commenced. We will, of course, support the authorities as required.
“We wish to re-assure the public and the various stakeholders of our unwavering commitment to safety in all of our operations.”
But there has been a nagging question in the mouths of Nigerians.
Why would the Vice President have to fly a rented helicopter where there are more advanced and fortified helicopters in the President’s fleet?