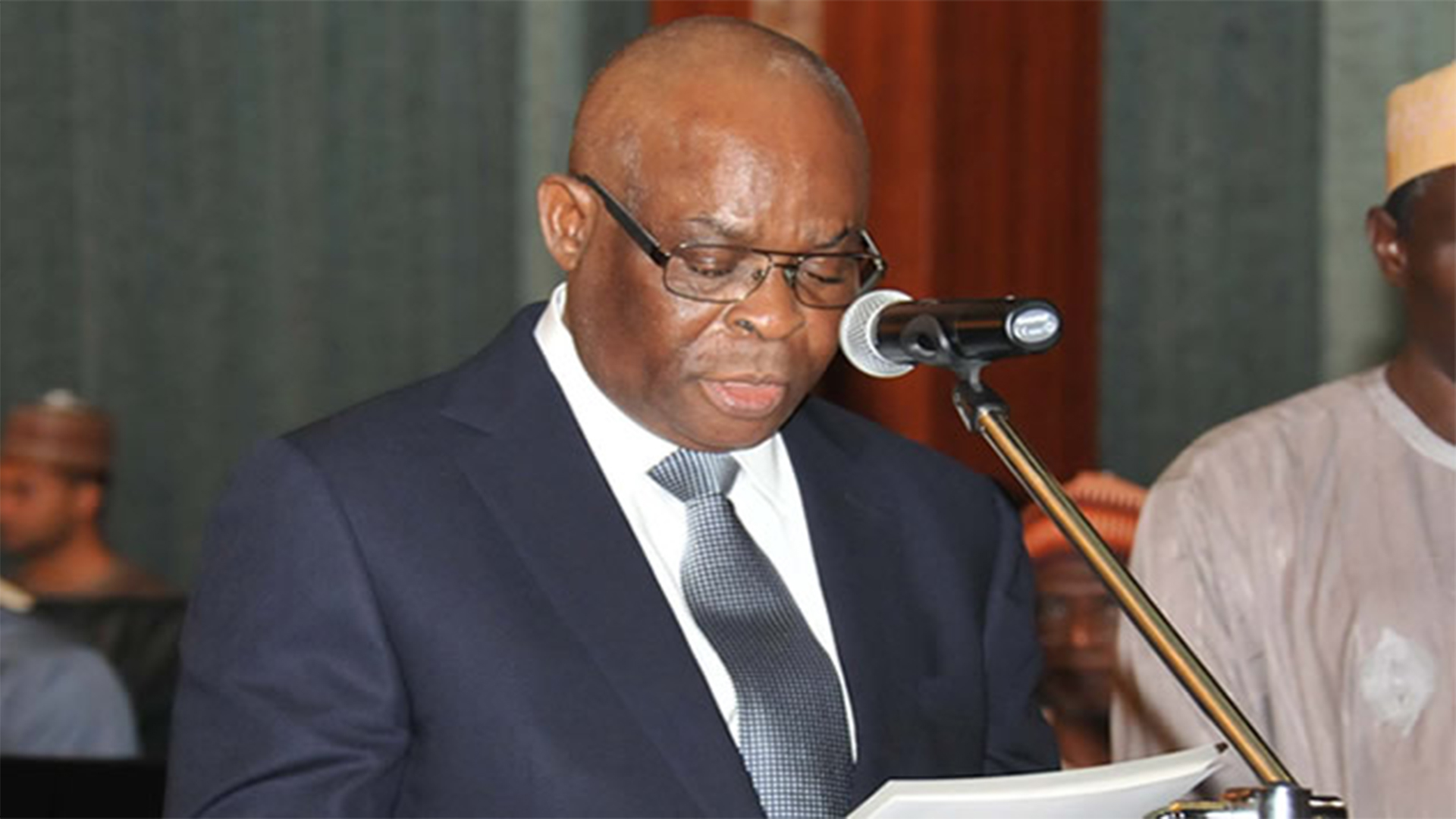 Detectives have quizzed a Senior Advocate of Nigeria over alleged payment of about $30,000 into one of the domiciliary accounts of the suspended Chief Justice of Nigeria, Justice Walter Onnoghen.

Mr Joe Agi is said to be the referee to the CJN when one of the domiciliary accounts was opened.

Economic and Financial Crimes Commission (EFCC) searched the home of the senior lawyer in Abuja early yesterday after obtaining a court order.

It was also learnt that more suspects might be arrested in connection with the ongoing screening of Justice Onnoghen’s accounts.

About $3 million, allegedly undeclared by the CJN, was rated  as “suspicious” by detectives.

EFCC detectives traced about $30,000 deposit into the CJN’s account by the SAN.

The purpose of the payment  is being probed, although the CJN  had hinted that the huge cash in his domiciliary accounts was from farming.

A source, who spoke in confidence, said: “In continuation of the ongoing probe of the CJN’s accounts, we have made more discoveries, including payment of $30,000 into Onnoghen’s account by a Senior Advocate of Nigeria(SAN), Mr. Joe Agi.

“The Senior Advocate actually paid the $30,000 in three tranches of $10,000 each into one of the domiciliary accounts of Onnoghen. It was in the process of scanning through the payment teller that we saw one J. Agi as the depositor.”

Initially, it did not occur to detectives that the same Agi on the teller could be a Senior Advocate of Nigeria. But a senior hand was able to recall that a SAN bears Agi, the source said, adding that detectives found that  the SAN’s number correlated with the GSM number on the teller. “A call was made to the number on the teller and  the True Caller device revealed the full identity of Joe Agi,” he said, pleading not to be named so as not to jeopardise the investigation.

The source went on: “We invited Agi for interaction  on why he paid the $30,000 into the CJN’s account. So far,  he has made useful statement to our team. We also applied to a court for a valid warrant to search his house in Abuja.

“When we got the order, our detectives went to the house of the SAN to execute the warrant.”

Asked why detectives believed they need to quiz Agi, the source added: “Detectives also discovered that Agi served as a referee to the CJN when he opened one of the domiciliary accounts under probe. We have retrieved the referee form the Standard Chartered Bank (SCB).

“We have asked Agi to explain the relationship between him and the CJN to have served as Onnoghen’s referee in opening a domiciliary account. A referee is like a guarantor and the SAN needs to explain more to our detectives.

“We might invite more suspects because there are a lot of issues surrounding the analysis of the CJN’s accounts.

“By the time we release latest details of our findings in the CJN’s accounts, Nigerians will be able to appreciate the extent of work done.”

Most of the lodgments in the CJN’s accounts , which were effected between 2012 and 2016 respectively, were undeclared in his Assets Declaration Form.

The NFIU was mandated to restrict  the operation of five accounts of the CJN with a balance of about $3million.

“ A payment at $482,966.00 from Alicia Redemption Pro and shortly after, $800,000.00 was invested in SCB Investment subscription. We are in the process of verifying these transactions;

Regarding the Naira account, the report said: “The following highlights some of the suspicious activities in the account: ”A transfer of N41,262.000.00 ($260,000) was made from the Dollar account. The money was used to make payment of N41million to Ad hoc Committee on the Sale of Federal Government Houses, suggesting that he bought a property with proceeds of the transfer;