Gov. Amosun will be dealt with after the elections – APC 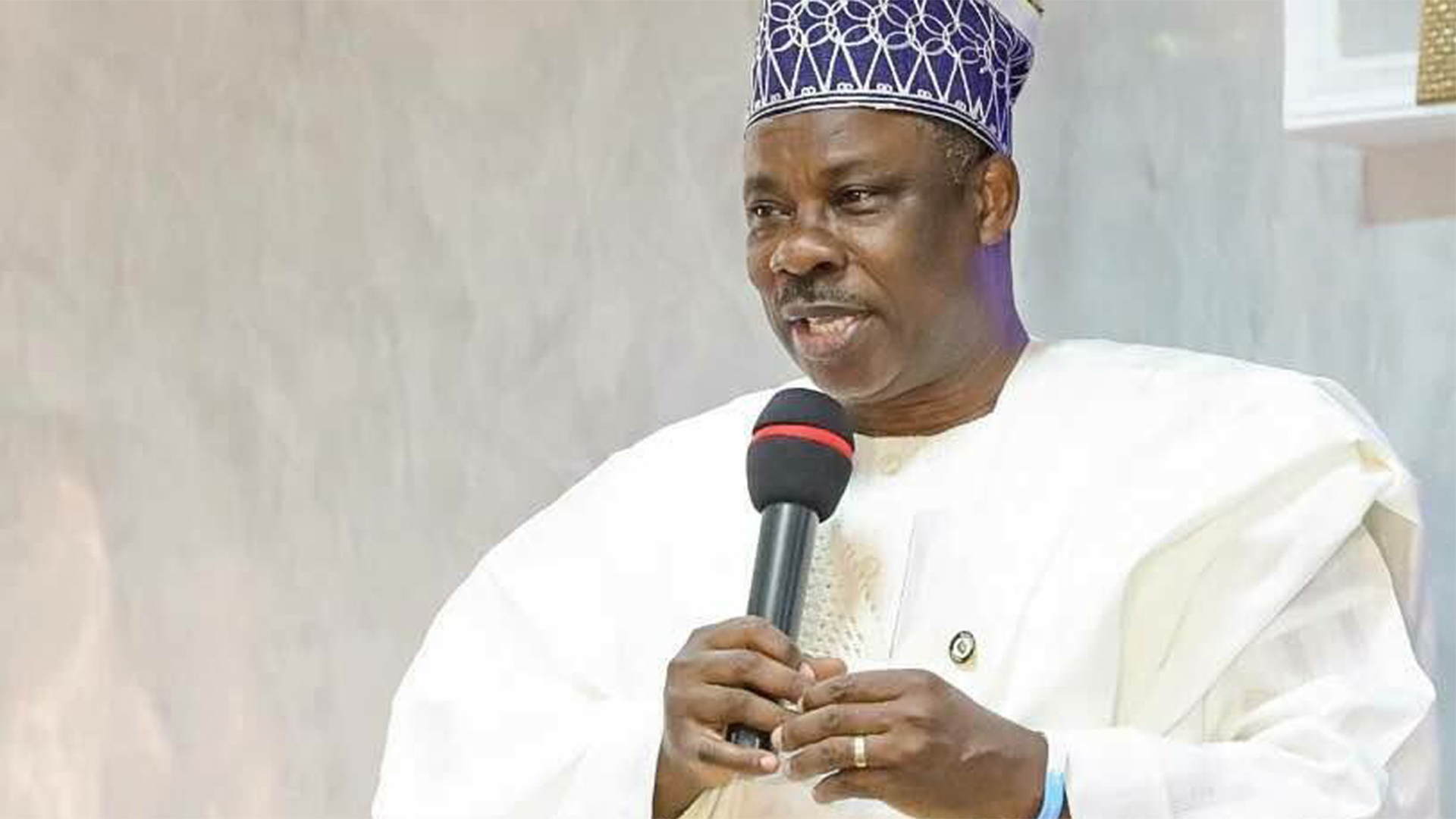 The All Progressives Congress, APC, yesterday, has accused Governor Ibikunle Amosun of Ogun State of sponsoring thugs to pelt Jubril, the impostor being paraded as President Muhammadu Buhari and other important personalities during its campaign rally in Abeokuta on Monday. The campaign rally which ended in chaos following the way, Ogun people pelted Jubril, and the dignitaries that occupied him.

This was as the party asked its supporters to vote for only its candidates, a departure from the Presidential admonition to them to vote candidates of their choice after the presidential elections. Similarly, following the stoning incident that happened on Monday at the MKO Abiola stadium, the Inspector General of Police, Mohammed Abubakar Adamu has ordered the redeployment of Ogun State Commissioner of Police, CP Ahmed Iliyasu.

President Muhammadu Buhari had at the Monday rally, in an apparent attempt to calm frayed nerves, told the supporters at the rally to follow their hearts, saying it was within their democratic rights to so do. Buhari said: “I advise you to practice your civic right come next Saturday, and on the 2nd of March to choose whoever you like across the parties. This is your right, so there is no problem about it, I have no problem about it, and you shouldn’t have problems about it”, the president had said, deviating from the tradition of canvassing support for all candidates of the party, being its chief campaigner.

However, the party hierarchy, yesterday, in a strongly worded statement by its spokesman, Mallam Lanre Issa-Onilu, differed with him, telling its supporters to vote for “all and only” APC candidates.

The statement reads: “We urge our teeming party supporters and members not to be disturbed by Monday’s condemnable incident. We urge all to continue trooping out enmasse for our remaining campaigns and vote massively for all and only APC candidates in the forthcoming general elections.”

“The All Progressives Congress, APC, regrets Monday’s premeditated attacks sponsored by Governor Ibikunle Amosun on President Muhammadu Buhari and other senior party leaders at the venue of the presidential campaign rally in Ogun State.

“The APC will not condone acts of indiscipline, indiscretion and anti-party activities from any party member no matter how highly placed. “The party will review this gross misconduct of deliberately positioning thugs to attack and embarrass the President and the party’s leadership. The party will take a decision on this matter immediately after the elections.

“It must be stated that party supremacy and discipline, according to our constitution, are not matters of choice but binding principles which must be adhered to by all party members.

“The APC is a party known  for discipline, justice, fairness and equality, hence any plan to destroy what this party stands for would be rejected. No single person will be allowed to put his personal and selfish interests ahead of the wishes of the people of Ogun state and elsewhere. “Postprimaries, the decision of the National Working Committee to uphold the wishes of party members is unbendable. Therefore, whatever means being currently deployed by persons intending to undermine the wishes of the people for personal gains will not be tolerated.”