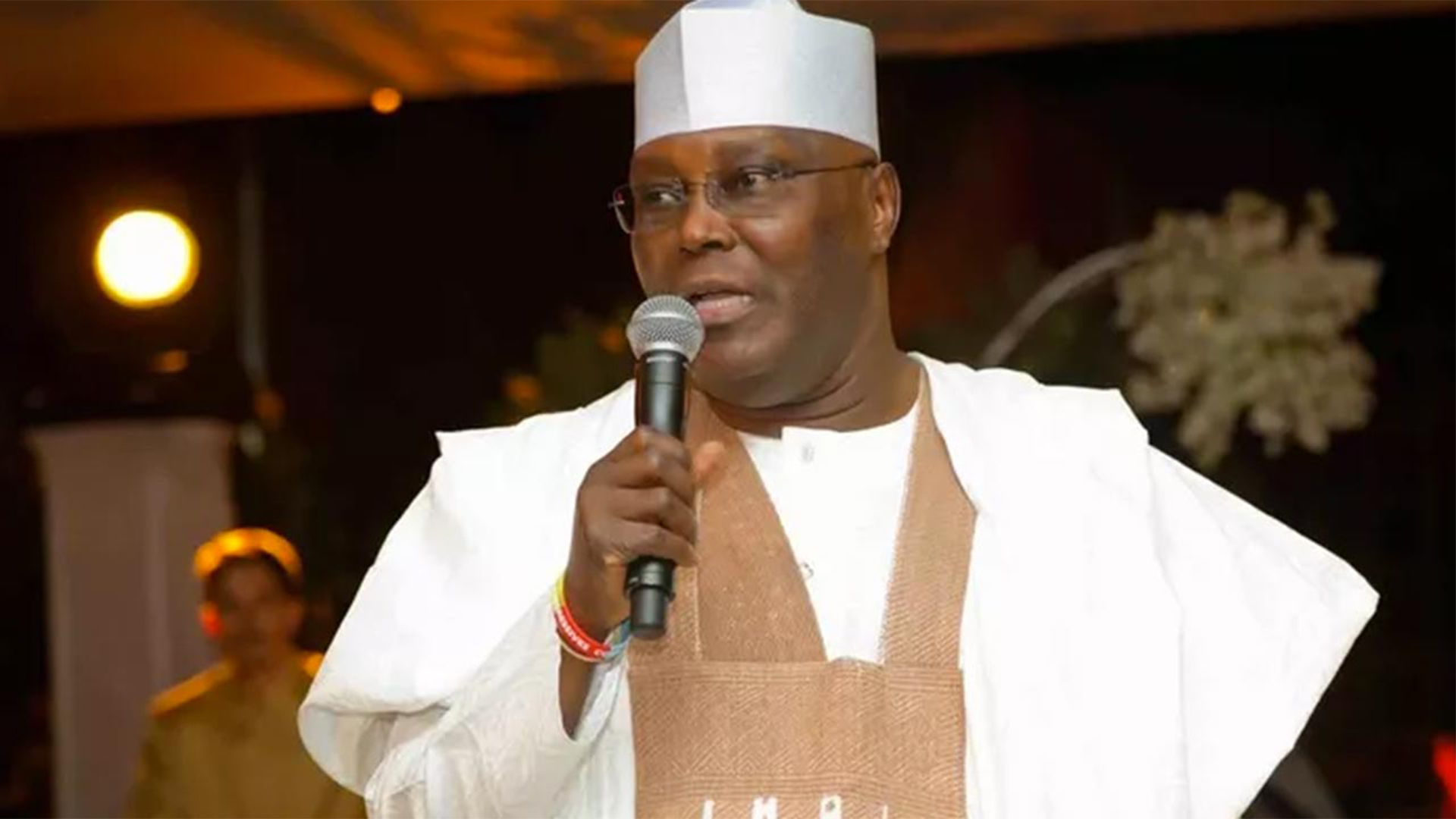 Atiku
Alhaji Atiku Abubakar yesterday vowed to challenge in court the outcome of the last Saturday’s presidential election he contested on the platform of the Peoples Democratic Party (PDP).

In a statement he personally signed and released to journalists, Atiku said: “I hereby reject the result of the February 23, 2019 sham election and will be challenging it in court.

“I want to assure my supporters and the entire Nigerian people that together, we will not allow democracy to be emasculated.”

The former vice president also declared that he wouldn’t have hesitated to congratulate President Muhammadu Buhari who was declared winner by the Independent National Electoral Commission (INEC) if the election had not been characterised by outright fraud.

“If I had lost in a free and fair election, I would have called the victor within seconds of my being aware of his victory to offer not just my congratulations, but my services to help unite Nigeria by being a bridge between the North and the South.

“However, in my democratic struggles for the past three decades, I have never seen our democracy so debased as it was on Saturday, February 23, 2019. The 2007 was a challenge, but the then President Umaru Musa Yar’Adua was remorseful. In 2019, it is sad to see those who trampled on democracy thumping their noses down on the Nigerian people,” he noted.

Atiku highlighted some of the shortcomings of the elections, which, according to him, include “manifest and premeditated malpractices in many states.”

The statement which was entitled “Democracy Will Not Be Emasculated in Nigeria” reads in part: “One obvious red flag is the statistical impossibility of states ravaged by the war on terror generating much higher voter turnouts than peaceful states. The suppressed votes in my strongholds are so apparent and amateurish, that I am ashamed as a Nigerian that such could be allowed to happen. How can total votes in Akwa Ibom, for instance, be 50 per cent less than what they were in 2015?”

According to him, “Another glaring anomaly is the disruption of voting in strongholds of the PDP in Lagos, Akwa Ibom, Rivers and diverse other states, with the authorities doing little or nothing and in some cases facilitating these unfortunate situations.

“The militarisation of the electoral process is a disservice to our democracy and a throwback to the jackboot era of military dictatorship. In some areas of the country, such as Rivers, Akwa Ibom and Imo states, troops deployed for the elections turned their guns on the very citizens they were meant to protect. This is condemnable and should not be associated with our electoral process in the future.

“I am a democrat and there are democratic avenues available to present the truth to the nation and the watching world. Already, many international observers have given their verdicts, which corroborate our observations. I am sure more will come in the coming hours and days,” he added.

Also yesterday, Atiku appealed to foreign investors in Nigeria not to divest their business interests because of what he called the sharp practices that characterised the just-concluded presidential election.

Addressing a press conference at the Shehu Yardua Centre in Abuja, Atiku noted that by the divestment of their business interests from Nigeria to other countries, foreign investors would only punish ordinary Nigerians who never played any role in the election irregularities.

According to him, those who stole the votes cast by Nigerians were the ones who should be punished.

The PDP candidate, who disclosed that he had held discussions with the chairman of the National Peace Committee, Abdulsalami Abubakar, said: “I told him that not even the military has conducted such a fraudulent election in the past.”

Meanwhile, reelected President Muhammadu Buhari has vowed to prosecute those who allegedly attempted to disrupt the presidential and National Assembly elections held last Saturday, leading to the loss of lives.

He made the comment in a statement he read at the All Progressives Congress (APC) campaign headquarters, Abuja, after the Independent National Electoral Commission (INEC) declared him winner of the election for a second term in office.

Buhari, who said the elections were relatively peaceful, however, expressed regret that troublemakers in some states attempted to disrupt an otherwise orderly process. He said the security agencies would bring to justice all those arrested in connection with the alleged planned disruptions.

The president expressed sadness over the loss of lives during the polls, promising to ensure that security agencies step up their efforts to protect voters in the subsequent polls.

Buhari cautioned his supporters against humiliating the opposition because of the victory, and thanked the millions of volunteers, and those he described as self-appointed overseers, canvassers, agents, escorts and sentries who sacrificed their time and resources to ensure the success of the elections.

”First and foremost, I give thanks to Almighty God who has spared our lives to witness another victory for Nigerian democracy and victory for our party, APC.

“I thank the millions of Nigerians who voted to re-elect me as your president for the next four years. I am deeply humbled and profoundly grateful to you for judging me worthy of continuing to serve you and for your peaceful conduct.

“My grateful thanks to all those who contributed to the logistical expenses of the campaign in such a vast country like Nigeria.

“I am very sad at the grievous loss of lives during these elections. Security agencies will step up their efforts to protect voters in the forthcoming state elections.

“I commend our security agencies, as severely overstretched as they are, for handling the difficult task of securing the country during the election period.”

He said his new administration would intensify efforts in providing security, restructuring the economy and fighting corruption. dd“We have laid down the foundation and we are committed to seeing matters to the end. We will strive to strengthen our unity and inclusiveness so that no section or group will feel left behind or left out,” he said.

Also yesterday, the president-elect and his vice, Yemi Osinbajo received their certificates of return from the INEC Chairman, Mahmood Yakubu.

Buhari, who spoke at the brief ceremony at the International Conference Centre (ICC), congratulated all the presidential candidates in the election, which he said was described as free and fair by both foreign and domestic observers.

In attendance were the National Leader of the APC, Bola Tinubu; Governor of Lagos State, Akinwunmi Ambode; Edo State Governor Godwin Obaseki and the party’s National Chairman, Adams Oshiomhole. Others include Senator Godswill Akpabio and governors of Zamfara and Borno states, Abdulaziz Yari and Kashim Shetima.

According to the president, election is not war but a process to elect leaders based on the wishes of the people, describing his victory as “God-given.”

Buhari noted that there were different views during the campaigns, “but the one thing most of us have in common is love of our country and our desire to improve conditions for Nigerians.

“I therefore want to assure Nigerians that we will continue to engage all parties that have the best interest of Nigerians at heart. Our government will remain inclusive and our doors will remain open. That is the way to build the country of our dream; safe, secure, prosperous, and free of impunity and primitive accumulation by those entrusted with public offices.”

He said the hard work to deliver a better Nigeria would continue, building on the foundations of peace, rule of law and opportunities for all.

“We will roll up our sleeves afresh, and give it our all. We have no other motive than to serve Nigeria with our hearts and might, and build a nation which we and generations to come can be proud of.”

The president said the people would see the country moving to the next level, “as we consolidate on our fundamental areas of securing the country, reviving the economy, and fighting corruption. Many other focal areas, as stated in our campaign manual, will be added, to the good things we plan for our country.”