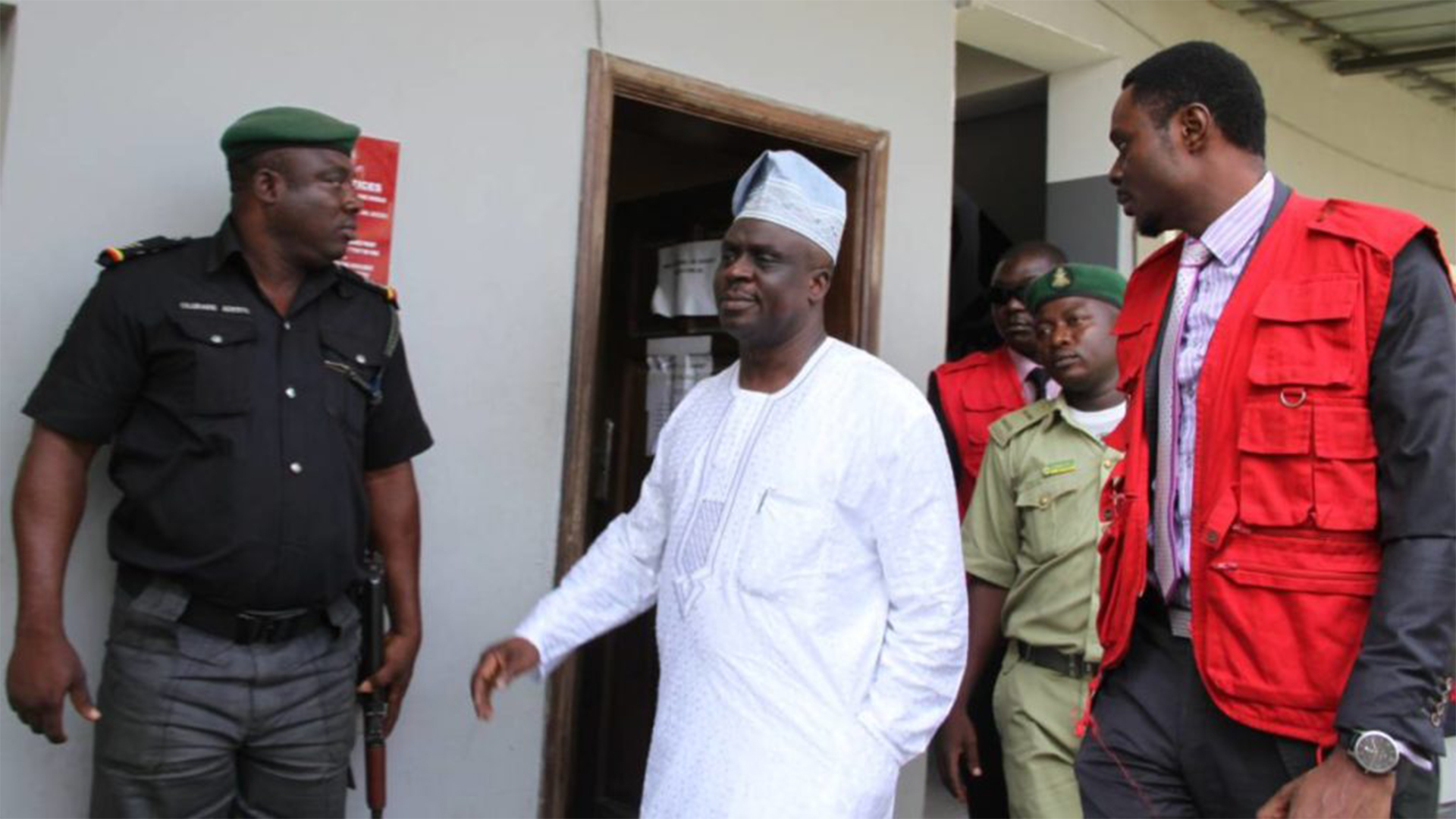 Amosu is being tried alongside Adigun and another officer, Air Commodore Gbadebo Olugbenga.

Led in evidence by the prosecution counsel, Rotimi Oyedepo, Owobo told Justice Chukwujekwu Aneke that sequel to the signing of a memorandum of understanding (MoU) between the Nigerian Maritime Administration and Safety Agency (NIMASA) and NAF, N3 billion was paid into the NAF Special Emergency Operation Account domiciled with the financial institution in three tranches of N1billion.

The EFCC witness said: “As part of the investigation, we invited the Managing Directors of Right Options Oil & Gas, Judah Oil & Gas and Lebol Oil & Gas Limited, who stated in their statements that they were Bureau De Change (BDC) operators and not oil dealers.

“They said when the monies were paid into their accounts, they gave the dollar equivalent to the account officers of the NAF Special Emergency Operation Account for the second and third defendants.

Owobo added: “They also stated that their companies were registered as oil & gas companies because they were given a high threshold of monies that could be transferred with fewer deductions.”

According to him, investigations further revealed that certain monies that did not originate from NIMASA were paid from other NAF accounts into the NAF Special Emergency Operation Account. The money, he said, was in turn moved into several other accounts to the tune of about N15 billion.

The EFCC official explained that more inquiries revealed how the funds were expended on properties in Abuja, Ikoyi, Victoria Island, Lagos and United Kingdom.

The three defendants however pleaded not guilty to the charge.

He was arraigned along with Timothy Ajani Oguntayo, the ex-MD, for allegedly conspiring at different times to fraudulently divert depositors’ funds for personal use.

They pleaded not guilty to the charges.

After hearing their bail applications from counsel for the first defendant, Dele Adesina, SAN, who held brief for the lead counsel, Wole Olanipekun, SAN, and that of the second defendant, Oyetola Oshobi, SAN, the trial judge admitted them to bail in the sum of N500 million with two sureties each in like sum, who must be resident in Abuja and own a landed property “of sufficient value” within the metropolis.