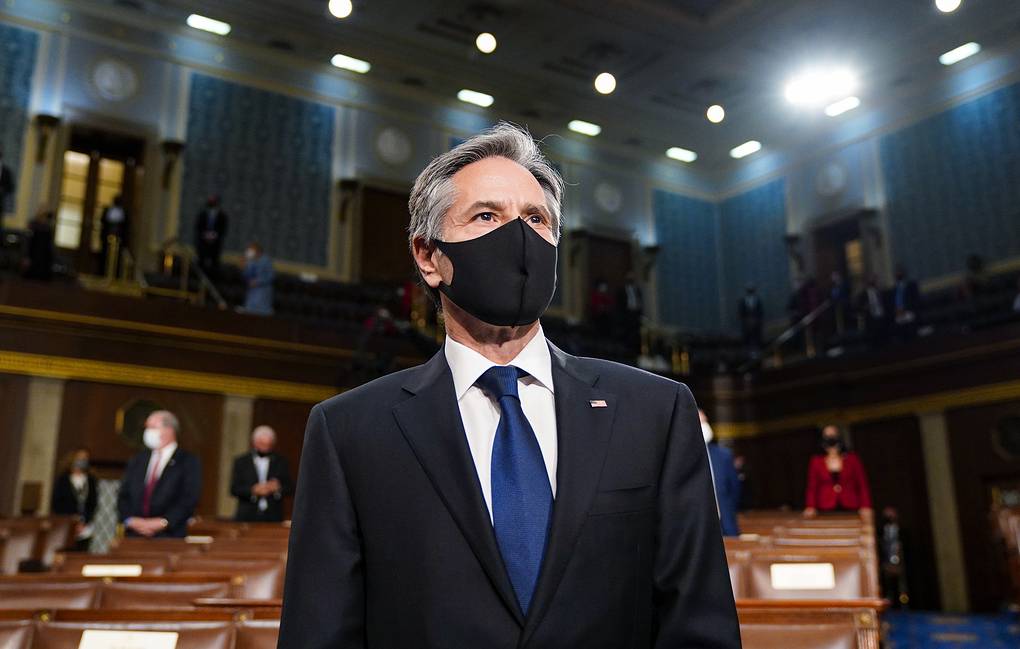 US Secretary of State Antony Blinken left for Kiev late Wednesday for an official visit to reaffirm US support for Ukraine in its standoff with Russia and push officials to tackle corruption.

The visit is coming on the heels of the revelation that Moscow recently began withdrawing tens of thousands of troops it had massed on Ukraine’s borders for war games that raised fears of an outbreak of fighting in the east of the country.

The United States has been an important ally to Ukraine since 2014 when Russia annexed the Crimean peninsula and pro-Kremlin separatists broke away from Kiev in an ongoing conflict that has claimed more than 13,000 lives.

Blinken is the first senior US official to visit Ukraine since Joe Biden was inaugurated as president in January this year.

The secretary of state ‘will reaffirm unwavering US support for Ukraine’s sovereignty and territorial integrity, especially in the face of ongoing Russian aggression’, Acting Assistant Secretary for European and Eurasian Affairs Philip Reeker said last week.

He added that Blinken would push for progress on reforms and anti-corruption efforts, initiatives Ukraine’s Western partners have called for in return for economic support.

The visit is ‘a very good signal of support for Ukraine’, said Kostyantyn Yeliseev a former ambassador to the EU who founded the New Solutions Сenter think tank.

Kiev ‘expects the American side to confirm its readiness to provide Ukraine with lethal military aid” and discuss Washington taking a greater role in peace negotiations.

Yeliseev said that Kiev also hopes the visit will lay the foundations for a future visit by Zelenky to the White House.

Zelensky, pointing to the Russian troop movements, said recently that Ukraine should be fast-tracked into the NATO military alliance.

The proposal was met with a cool response in Washington and opposed by Western Europeans concerned about Russia’s response. The United States has however earmarked $408 million for Ukraine this fiscal year, Reed said.

Meanwhile, a ceasefire that took hold in July in eastern Ukraine has fallen apart with clashes increasing between Ukrainian forces and separatists since January.