Two Dead In Attack On Oil Tanker Off Coast Of Oman 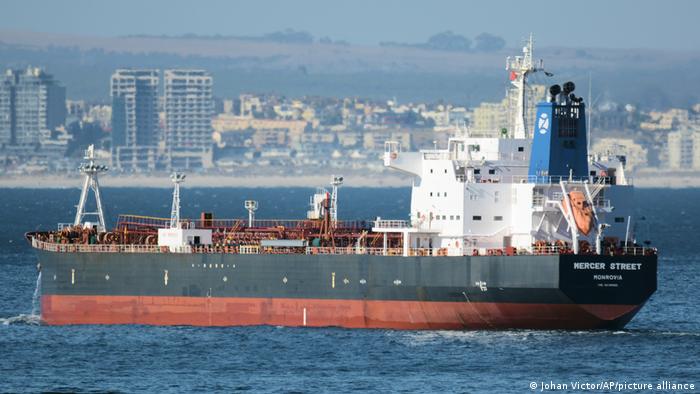 At least two crew members of a Japanese-owned oil tanker were left dead following a suspected piracy incident off the coast of Oman, the UK office of the Israeli-owned company that manages the vessel disclosed on Friday.

‘With profound sadness, we understand the incident onboard the M/T Mercer Street on 29 July, 2021 has resulted in the deaths of two crew members onboard: a Romanian national and a UK national,’ Zodiac Maritime wrote on its Twitter page.

‘We are not aware of harm to any other personnel,’ it added.

Africa Today News, New York gathered that the vessel was in the northern Indian Ocean, travelling from Dar es Salaam to Fujairah with no cargo onboard, when the attack occurred, said the company, adding it was ‘a suspected piracy incident’.

Britain’s military said earlier Friday that it was investigating reports that an oil tanker managed by an Israeli billionaire’s company had been attacked in the Arabian Sea.

“We are aware of reports of an attack on a merchant vessel off the coast of Oman,” the Ministry of Defence in London said in a short statement.

‘UK military headquarters in the region are currently conducting investigations.’

The United Kingdom Maritime Trade Operations (UKMTO) — an anti-piracy taskforce run by the Royal Navy — issued a report of ‘a vessel being attacked” around 152 nautical miles (280 kilometres) off the coast of Oman.