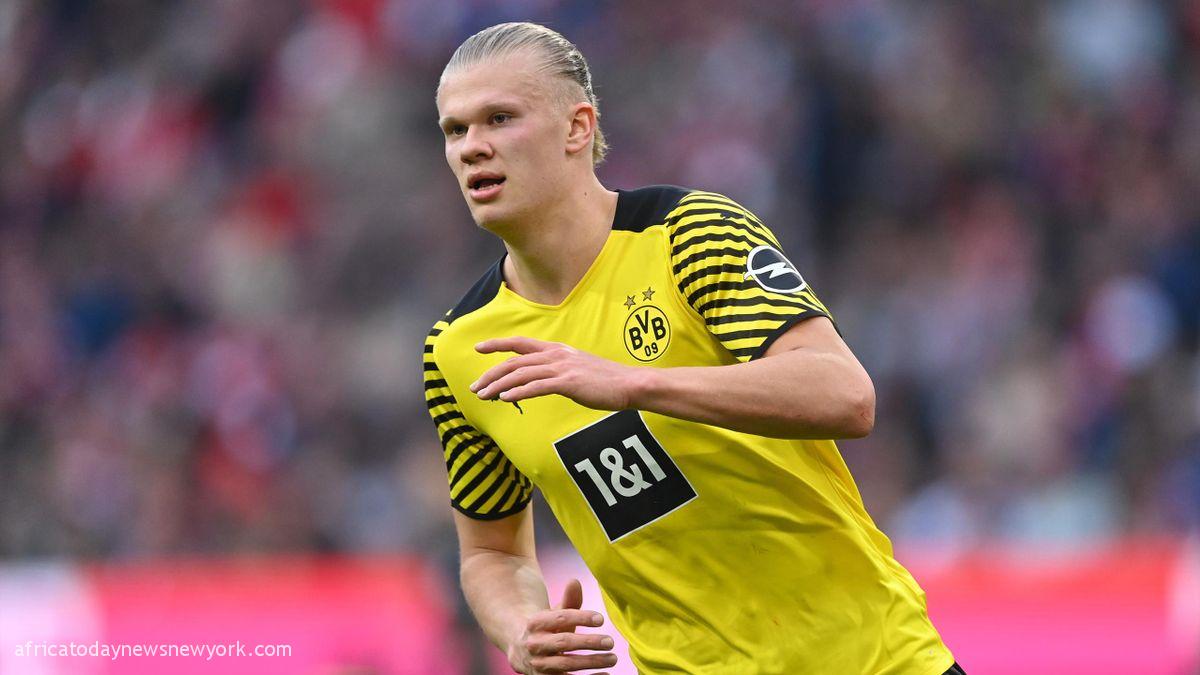 Norwegian international, Erling Haaland has undergone his medical with Manchester City ahead of a summer move from Borussia Dortmund.

This was confirmed by respected transfer expert, Fabrizio Romano, on his Twitter page on Monday which was sighted by Africa Today News, New York.

He wrote: ‘Erling Haaland to Manchester City, here we go! Haaland has passed medical tests as a new Man City player today, he’s back in Dortmund. It will be OFFICIAL this week.

‘Man City told BVB board that they will activate release clause [closer to €60m than €75m] in few hours.’

Romano also claimed that Haaland will earn a weekly salary similar to what Kevin De Bruyne takes home at the Etihad.

‘Despite rumours, Erling Haaland’s salary agreed with Manchester City won’t go beyond the level agreed with Kevin De Bruyne, now worth around £375,000 per week.

Africa Today News, New York reports that Pep Guardiola’s side took the lead shortly before half-time at the Etihad Stadium thanks to goals from Raheem Sterling and Aymeric Laporte.

Rodri got City’s third after the break before Phil Foden and Sterling struck in stoppage time as they stormed back to the top of the table.

Africa Today News, New York recalls that Liverpool had gone ahead of the champions with their 1-1 draw against Tottenham on Saturday however, the citizens lead have now been restored.

City are now three points clear of Liverpool, with three games left for both teams. Guardiola’s men hold a goal difference four better than the Reds.