I’m The Best Player In The World, Mohamed Salah Boasts 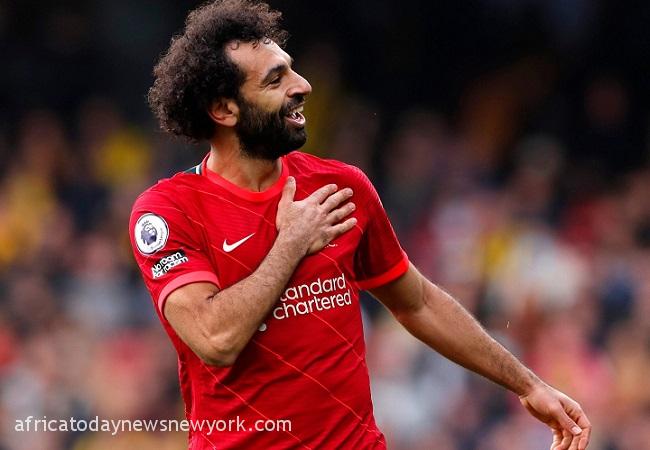 Liverpool forward, Mohamed Salah, has described himself as the ‘best’ player in the world in his position after scoring very important goals for the reds this season.

Salah said that the number of goals he has scored for the Reds back up his claim.

Currently the Egyptian has 22 league goals to his name this season and is leading the race for the Premier League Golden Boot.

Salah has claimed the Golden Boots twice before and picked up the Football Writers’ Association’s Footballer of the Year award for a second time.

He has helped Jurgen Klopp’s side win the Champions League in 2019, and the Premier League title in 2020.

With the help of Salah, the Reds are chasing the quadruple and have won the Carabao Cup already.

“If you compare me with any player in my position, not only in my team but in the world, you will find that I am the best,” Salah told beIN SPORTS.

“I always focus on my work and do my best and my numbers are the best proof of my words.”

Africa Today News, New York had reported that the Premier League title hopes of UEFA Champions league finalists Liverpool had last week suffered a huge blow as Tottenham clung on for a 1-1 draw at Anfield.

Africa Today News, New York reports that the Reds moved one point ahead of Manchester City on goal difference, however the English champions can now afford to draw one of their remaining four games and still retain their title by the end of the season.

Pep Guardiola’s men can retake top spot and open up a three-point lead when they host Newcastle on Sunday.

A share of the spoils took Tottenham to within a point of fourth-placed Arsenal, but their chance of a top-four finish now also rely on the Gunners dropping points in two of their final four games.