May 14, 2022 Sylvester Uzoama, tennis, The Chief Executive Officer of the Circum Group 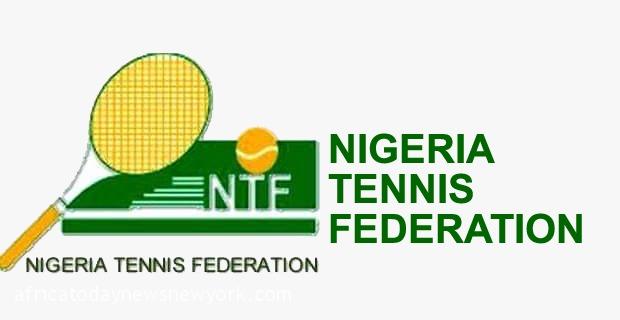 The Chief Executive Officer of the Circum Group, Sylvester Uzoama has reiterated that the welfare of umpires is critical to the growth and development of the game of tennis.

Mr. Sylvester Uzoama made the remarks during the unveiling and presentation of new kits to the Nigeria Tennis Umpires Association (NTUA) at the Moshood Abiola National Stadium on Saturday in Abuja.

The donation of 200 sets of kits to NTUA was part of his company’s corporate social responsibilities and the result of a five-year deal signed by both parties in 2000.

Read Also: Oyegbata, Others Knocked Out Of DavNotch Wheelchair Championship

The Circum Group boss also mentioned that his company was focused on the umpires basically because he felt they were the missing link that needed upgrading.

“We started organising international tournaments, but realised the umpires weren’t meeting up, especially in their outlook. So, we felt that this was a very important area to address.

“We came up with this kit arrangement and it is going to be on for a five-year period. We are already approaching the end of the second year.

“We intend to ensure that the standards are maintained, the uniforms are renewed on a periodic basis.

“Asides from that, we also provide some kind of stipends to ensure that they can also meet some of their upkeep needs for these tournaments,” he said.

The tennis enthusiast noted that the umpire’s job was more like a volunteer service, adding that there was therefore a need to provide some support towards their activities.

“Nigeria is beginning to host international tournaments, especially here in the FCT and when a tournament is being organised, it is not just about the players.

“There has to be the right ambiance, the right look. So, I felt that there was a need to make sure that the umpires were also looking representative not just of the country or the tournaments, but even of themselves.

“You look at other international tournaments, you see players wearing some lovely designer uniform outfits. So, I felt that there was a need to ensure that Nigeria was not left out in that regard,” he said.

He revealed that his company was looking forward to renewing the contract and also considering the possibility of taking it beyond the donation of T-shirts.

“It is also important for their trousers/skirts as well as their footwears to be uniform. They still don’t have caps too and we know how sunny the weather sometimes can be.

“So, definitely we are looking at improving on the package that will come subsequently and also looking at how to step up their monetary package as well.

“It is a continuous programme and I am hopeful that we will definitely be able to impact them better,” he said.

He urged other private organisations and corporate bodies to step forward and embark on one or two little projects, to ensure the growth and development of sports in the country.

“When we do little things in a big way, it starts to look like we are doing extraordinary things.

“It really doesn’t have to be tennis, it could be boxing, archery, or any other sports, but when we have some level of participation and support, it definitely helps to improve sports generally in the country,” he said.