At Least Five Killed In Israeli Air Strike On Syria 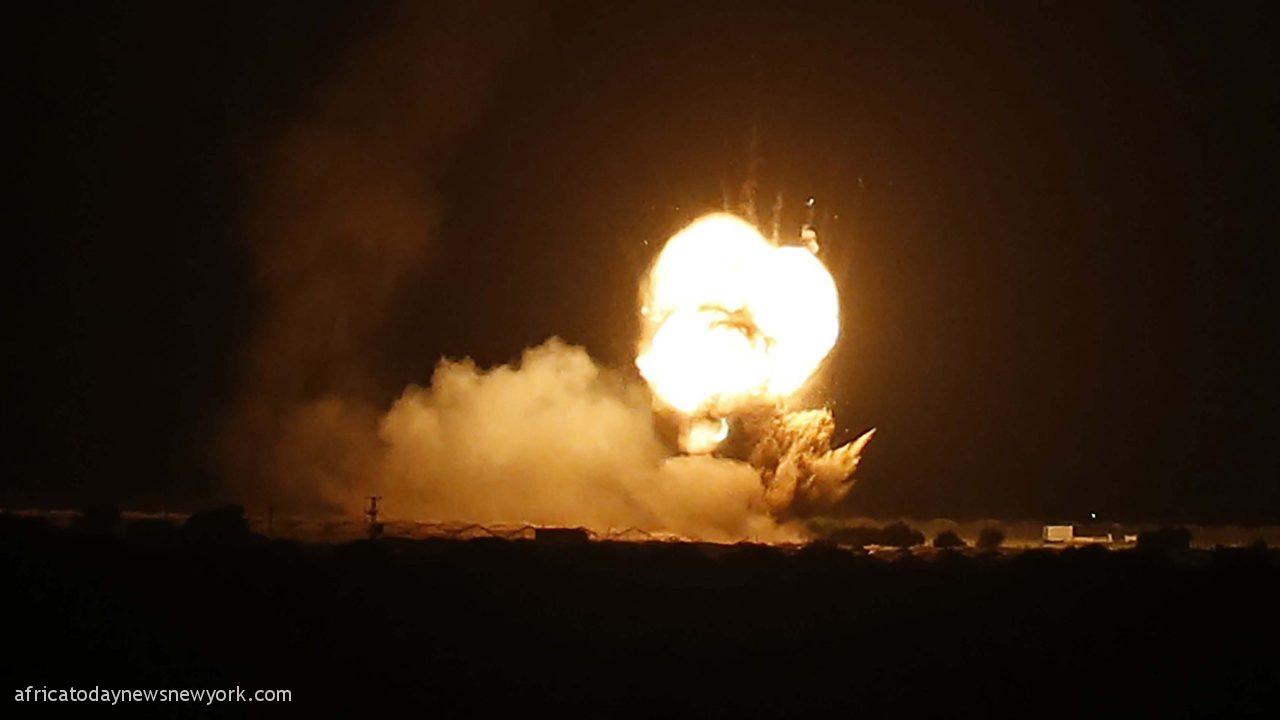 ‘The Israeli enemy carried out air strikes with a burst of missiles… targeting some points in the central region,’ SANA said.

‘The aggression resulted in the death of five martyrs’.

It cited the military source as adding that seven people were wounded including a child, and there were material losses.

The Syrian Observatory for Human Rights war monitor said four of the casualties were fighters, whose nationalities are unknown.

‘Israeli warplanes launched at least eight missiles on weapons depots and Iranian sites in the Masyaf area’ in the central province of Hama, said the British-based Observatory, which relies on a wide network of sources inside Syria.

The Israeli army told reporters that they do not comment on reports in the foreign media.

While Israel rarely comments on individual strikes in Syria, it has acknowledged mounting hundreds since 2011, targeting government positions as well as allied Iran-backed forces and Shiite militant group Hezbollah.

Iran says it has deployed its forces in Syria at the invitation of Damascus and only as advisers.

In a related development, Turkey has announced that it has been able to ‘neutralised’ at least 24 members of Kurdish People’s Protection Units (YPG) in northern Syria.

According to a statement made public by the defence ministry on Wednesday, this happened after a Turkish soldier was killed in a missile attack in the area.

Africa Today News, New York reports that Turkish authorities often use the term ‘neutralise’ to imply that ‘terrorists’ were killed, wounded, or captured in given security operations.

The tension between YPG and the Turkish military heightened following an attack by the YPG a police checkpoint in Mare.