APC: A Criminal Gang Of Looters Without Value To Nigeria 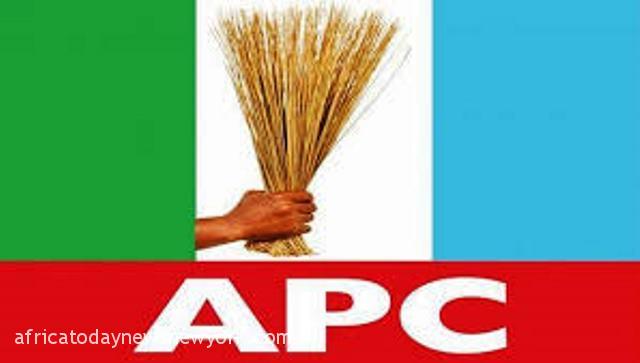 Political parties in Nigeria have been known to be very cunning and deceitful when it comes to leadership positions, and since independence, Nigeria has been quite unfortunate with her choice of leaders, while being unlucky with the good ones with an actual mandate, who usually get trodden down and cast aside by the time some good ‘currencies’ exchange hands and conscience and moralities are sold. One of these political parties is the ruling party in Nigeria, the All Progressives Congress (APC), which can pat itself on the back for a marvellous job of outdoing all other previous parties on the corruption chart.

Under the leadership of President Muhammadu Buhari’s APC-led government, corruption was given another name and was carried out in the most bizarre and brazen ways, with the other arms of the government falling over themselves in a race to show who can display the most corrupt and biased practices.

When their political record is examined, it is only fair to assert categorically that the APC party’s mismanagement has performed even more poorly than anticipated. And none of the challenges affecting Nigeria in 2015 or in the preceding years were unprecedented, not even the decrease in oil prices, the increase in prices, the currency’s rapid depreciation, or the tremendous rate at which insecurity is destroying Nigeria. It took President Muhammadu Buhari eight months to choose his cabinet after assuming office, and a further fourteen months for his government to announce its medium-term economic strategy, the Economic Recovery and Growth Plan (ERGP), which has been exposed as a farce and a hoax. In addition, there has been little improvement in the normal practice of delaying budget presentations (and, therefore, approvals). In every way, the APC’s mismanagement can be defined as making a bad situation worse; a classic ‘frying to fire’ scenario.

Interestingly, the APC’s very corrupt portfolio was not just limited to their failed election manifestos and promises, but it was also hinged on their inability to deliver and perform better on their long-standing, long-forgotten promise of good governance in the country while taking power from the People’s Democratic Party (PDP). The APC is a political party that begins corruption from within. Like the popular saying goes, ‘Charity begins at home’. Their failure and corrupt practices actually begin from the home front, as clearly seen in the inability of the party to conduct its internal affairs according to its own rules, including a national convention, and having numerous members of the party in either the net of the law or answering numerous summons about fraudulent practices and embezzled or misappropriated funds.

Under the APC, nearly every parastatal and department under the working cabinet has been implicated for fraud and fund embezzlement. In a much more recent incident, the Economic and Financial Crimes Commission’s boss, Ibrahim Magu, who was supposed to be the face of fighting corruption, was fingered and indicted in a landmark case that saw him openly taking bribes and other forms of favours to deliberately shift the hands of the law away from the intended parties, thus making the fight against corruption a very one-sided one. He had been accused of taking hundreds of millions of Naira in bribes from corrupt politicians and high standing individuals who should have fallen under the radar of the law a long time ago. He was probed by the retired Justice Ayo Salami-led panel, which had the backing of the Presidency, which had him suspended over allegations of fraud, mismanagement, and insubordination. Rather unexpectedly, a few months after this, he was promoted to the post of Assistant Inspector-General of Police (AIG) by the Nigerian Police Service Commission, a post which was obviously given to him to reward him for his silence. Talk about rubbing my back while I rub yours.

Another law enforcement officer, Nigeria’s ‘Super Cop’, Abba Kyari, had his rather hot as he was nabbed and indicted by the International Police and the United States of America for drug racketeering, weapon smuggling, conspiracy, and other financially related fraudulent dealings which involved high amounts of bribes and tokens, as usual to the average Nigerian civil servant who only has the ears for ‘bribes’. The self-acclaimed ‘super cop’ can easily be said to be one of the biggest scams Nigerians have ever bought in recent times. Kyari had risen from a sandstorm to become a so-called ‘super hero’ by arresting Evans, the most wanted kidnapper at the time. The arrest of Evans threw Kyari into the limelight, which appeared to have earned him international recognition. As a result of this, he became a public figure and a celebrity of some sort. That particular outing was good enough to earn him acclamation from his superiors, plausible publicity from the news media, and veneration from the Nigerian public. He met his ‘alleged waterloo’ (if the justice system in Nigeria still has any justice left) when it was discovered that he was friends with fraudsters like Hushpuppi, who lived more extravagantly than any Saudi Prince while sustaining the garrulous lifestyle, as well as a number of Nigerian politicians and businessmen with question marks hovering around their sources of income. These rumours were soon confirmed when the United States Federal Bureau of Investigation (FBI) finally busted Kyari’s bubble when it revealed the conversations between Ramon Olorunwa Abass, popularly known as Hushpuppi, and Kyari while he was still in charge of the Police Intelligence Response Team (IRT). According to the conversations which were contained in the indictment papers, Hushpuppi allegedly arranged with Kyari to have Chibuzor (another fraudster) arrested and imprisoned in Nigeria for attempting to redirect proceeds of fraud intended for him (Hushpuppi) to himself. The scheme was to fraudulently obtain and launder at least $1,124,426.36 from their Qatari victim. This one was even more shocking. Many people began to wonder how Kyari, who was allegedly on suspension, was still able to run operations with his team members and attempt to sell some of the cocaine they had confiscated as cops. The panel which was set up to investigate the details of the FBI’s indictment against him has been shown to be birds of the same feather as him, as their goal has been revealed to be more of a ‘time-buying’ scheme which would allow the matter to fade from public memory and then quietly dispose of the matter. This is because, there is an idea in the top echelon of the police, the APC party and the Fulani oligarchy that the suspended Kyari knows quite a lot about the inner workings of Nigeria’s security architecture and has dirty secrets of many politicians and the police hierarchy and therefore cannot be extradited and handed over to the FBI.

In another recent incident, the Accountant-General of the Federation, Ahmed Idris, was fingered for an alleged involvement in a ₦174 billion fraud. This is what one man in the delicate corridors of power was able to siphon for just himself, and come to think of other top officials who have access to much more funds.

Nigeria’s most pressing security challenge when the APC came into power was Boko Haram. Today, the threat has multiplied into other factions such as the ISWAP, the bandits and the Fulani Herdsmen. And to make matters worse, each faction is in a hot competition to see who can shed more innocent blood than the other through numerous kidnappings, bargains, and killings. Many lives have been lost as they move from place to place ravaging and sacking towns while security forces stand helpless because the ruling APC is incapable of making a standard decision to rein in these hoodlums’ excesses and restore security to these affected areas. There are also long-held grievances in the oil-producing Niger Delta that have once again resurfaced in the form of resurgent militancy under the maladministration of the APC. The causes of this renewed threat will likely remain a subject of debate, but it won’t be a mistake if the APC is fingered as being the cause of this.

Even the maladministration’s fight against corruption has been shown to be one-sided as the arrests and interrogations have been directed at members of the opposition party and others who are deemed threats to the political party. The EFCC and DSS are being used as tools to encourage corruption and put fear into potential opponents and those who dare to challenge the party’s bad management and theft when it comes to how they spend their own money and loans.

Nigeria’s economy is in complete tatters. The naira has gone totally south on the parallel market. It was ₦190 when the APC smuggled itself into Aso Rock. Today it is ₦420, hotly poised to hit a whooping ₦600 before the end of the year, with analysts continuing to predict that the present situation is just the beginning. The instability of the exchange rates has continued to be a nightmare for the citizenry as most Nigerians have now been forced to endure rates never before experienced for any sustained period, which actually translates to more hardship as the country’s debt profile peaks at a whooping ₦39.55trillion as at December, 2021, as reported by the Debt Management Office (DMO), who plans to borrow an additional ₦9.39 trillion to finance the 2022 budget deficit. Funds which would probably be used to service the deep pockets of some of the APC-thieves who would quickly embezzle them like a squirrel swallows nuts for the fast-approaching 2023 general elections where power gets to change hands.

Corruption, insecurity, and half-baked leadership are what make up the All Progressives Congress (APC), and it is a very painful experience that Nigerians will have to bear the brunt of their irresponsibility and clueless leadership for some more months. It would be very worthwhile if Nigerians were able to rise up and take a stand against the party come 2023 because, from the look of things, they are leeches who are bent on looting the country dry and running it into the ground.