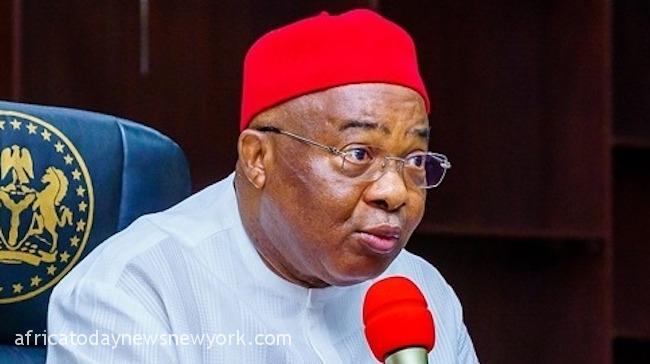 It’s the season of politics and political abracadabra again in Nigeria. Once again, it appears that lunatics have been set free from the asylum. Every Tom, Dick, and Harry are presently in the country’s capital, Abuja scheming and running permutations on how to attain one higher position or another and how to make themselves relevant post-2023.

Last week’s All Progressives Congress (APC) primary was a shocker to many politicians for many reasons. Asides from the fact that President Buhari declined his endorsement of any aspirant or refused to use his anointing oil, many people never anticipated that the victory of the self-styled Jagaban would be that seamless. The emergence of the former Governor of Lagos State, Tinubu, as flagbearer of the party was one many gladiators would want to forget in a hurry. The grossly underperforming Governor of Imo State, Chief Hope Uzodinma was one of the people who were terribly devastated by that outcome. He wanted to be Vice President in 2023. His desire was to be running mate to the President of the Nigerian Senate, Ahmad Lawan. How delusional?

Over the past six months, Uzodinma literally relocated to Abuja to play politics while Imo bled. While the state was beckoning for purposeful leadership, Uzodinma was in Federal Capital Territory gambling Imo State’s resources on senseless politicking.

Uzodinma tried all available ‘Ben Johnson’ methods to ensure that Lawan got the Presidential ticket of the APC but all his tricks were bursted even before they were hatched. He began by refusing to endorse the zoning arrangement by his party pushing the candidacy of a Northerner knowing fully well that President Buhari who is a Northerner would be completing his full eight-year tenure on the 29th of May, 2023. When he couldn’t garner enough support for that, he desperately schemed a plot with some Aso Rock cabals who were working with the Chairman of the APC, Abdullahi Adamu to announce an ‘imaginary’ consensus arrangement on the party just hours before the primary, thankfully, that plot also fell on its face. Next, he moved on to bribe delegates from several ‘unmanned’ states in the country on the day of the convention and that also failed. At the last minute, he made a desperate move to change the delegate list in the South-West and South-East to smuggle in names of delegates who would vote for Lawan, and this time he was not only shamelessly disgraced, he was left in the cold as he licked his open wounds.

It was indeed laughable seeing Uzodinma on national television shortly after receiving his uppercut at the APC convention talking about South Eastern Presidency and why the South-East should have been allowed to produce a Presidential candidate for the ruling party, perhaps, the real name of the Senate President whom he gave all his support is Ahmad-chukwu Lawan Okeke. Maybe, who knows?

While banking on a delusional dream of becoming Vice President, Uzodinma buried the Southern agenda as well as that of the South-East. Despite having 7 aspirants from the South-East, Uzodinma travelled to far away Yobe State to deliver his votes to Lawan. That’s the level Uzodinma took sycophancy and ass licking to.

Uzodinma has two Imo brothers, Rochas Okorocha and Chukwuemeka Nwajiuba in the contest, it didn’t bother him that these Igbo sons were going to leave the convention ground without votes. That disgrace meant nothing to Uzodinma. The truth remains that, no Northerner would embark on that level of wild goose chase with a brother’s political lifeline on the precipice. But Uzodinma did it, owned up to it and went home without any feeling of regrets. What a man!

It is becoming increasingly obvious that Uzodinma never attended any Southern Governors Forum meeting because he never believed in their ideals and what they stood for. For him, remaining a perpetual slave to the Fulani Oligarchy was the best ticket to a promising political career. It is true that they made him Governor, but men are expected to grow balls once in a while and challenge their oppressors. Is he going to be a slave forever?

It is important that we talk about these things so when people talk about Igbo marginalisation in Nigeria, the right questions can be directed to the appropriate quarters. As long as Nigeria exists, people like Uzodinma would continue to be remembered as the saboteurs who betrayed the South-East, because when the chips are down, other Nigerians would simply remind Ndigbo that even their people voted for Northerners in a Presidential contest.

For Lawan, we hope he has learnt his lessons. Back door arrangements often backfire and the effects are damaging. While others are building the right networks and structures, he shouldn’t be plotting undemocratic heists with fraudsters like Uzodinma.