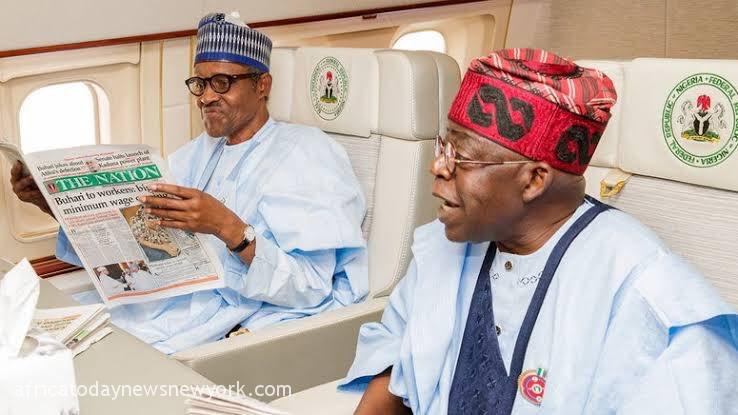 The Nigerian President, Muhammadu Buhari has reiterated his support for Asiwaju Bola Ahmed Tinubu in the forthcoming Presidential election in the country while announcing him as his own preferred candidate.

In an interview which he had recently granted with Bloomberg, Buhari  had made sure that he crushed all doubts, when he pointedly responded to a question about who his successor will be among the emergent faces, such as Atiku Abubakar, Asiwaju Bola Ahmed Tinubu, Peter Obi and Rabiu Kwankwaso.

“Do you plan to endorse a candidate for president? If so, who?, he was asked.

Buhari responded: Yes. I will endorse the APC candidate for president.

In the wide-ranging interview, Buhari also defended his decision to snub the International Monetary Fund (IMF), World Bank and others canvassing for the removal of fuel subsidy, which will cost the Nigerian treasury N4trillion this year.

He said the western allies were now learning the hard way what looked good on paper but with human consequences if implemented.

“What our western allies are learning the hard way is what looks good on paper and the human consequences are two different things. My government set in motion plans to remove the subsidy late last year. After further consultation with stakeholders, and as events unfolded this year, such a move became increasingly untenable. Boosting internal production for refined products shall also help. Capacity is due to step up markedly later this year and next, as private players and modular refineries (Dangote Refinery, BUA Group Refinery, Waltersmith Refinery) come on board.

“The exchange rate is still susceptible to external shocks that can suddenly and severely affect Nigerian citizens. As we step up domestic production – both in fuel (enabled by PIA) and food (agricultural policies) – the inflationary threat shall diminish, and we can move toward unification.”