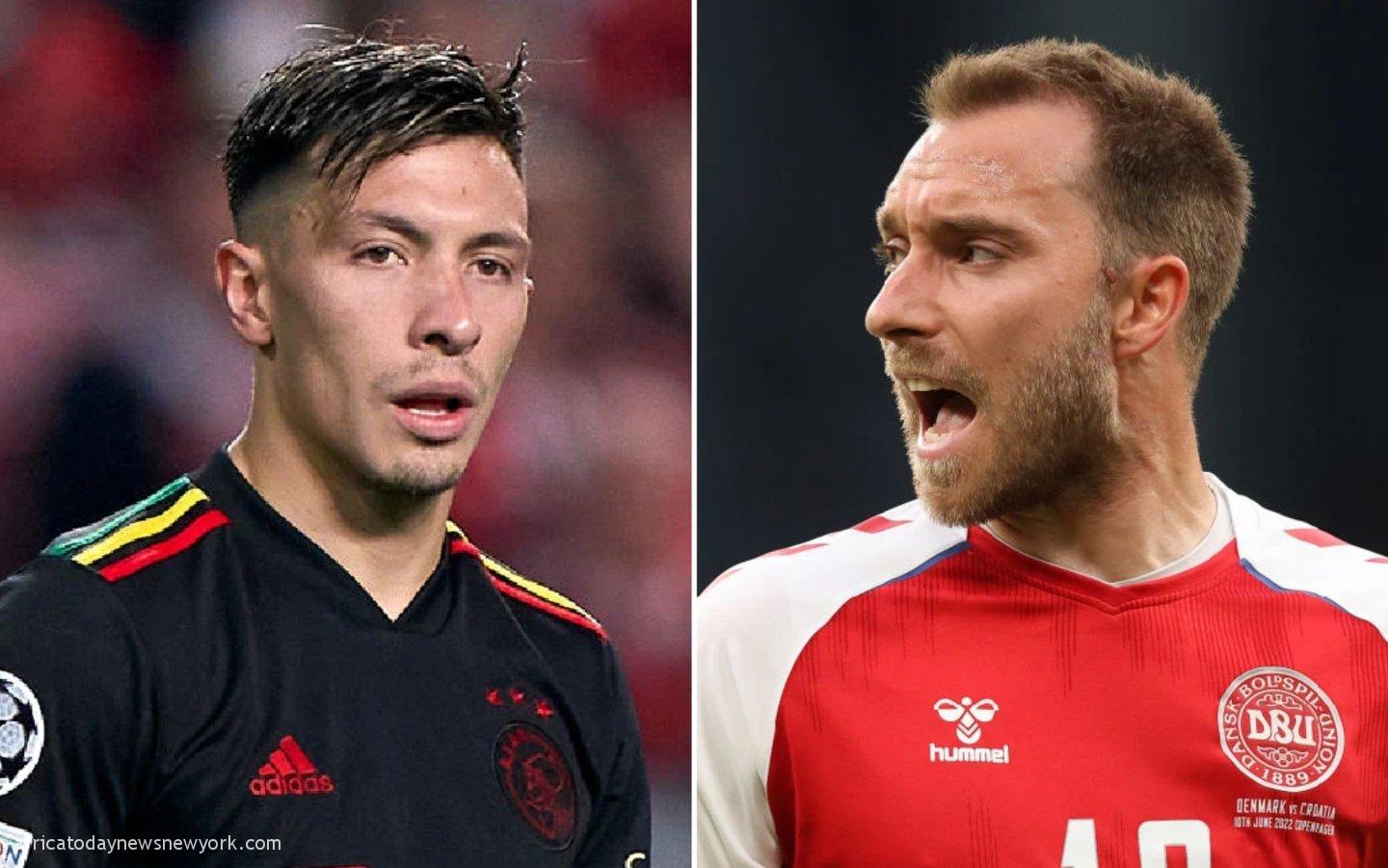 As the transfer window for the English Premier League fires on to a closing date, the stakeholders of the Manchester United football club have announced that they are no longer planning to have Christian Eriksen and Lisandro Martinez as part of their squad for their pre-season tour of Asia and Australia.

Macnhester United who are also known as the Red Devils had initially planned that Martinez and Eriksen, who are the two new signings, would be in Australia to join the rest of the squad.

While Eriksen joined on a free transfer from Brentford, the Red Devils had finally agreed a £46million fee with Ajax on Thursday

But the Argentina international will no longer be joining the rest of the players, with some paperwork still outstanding. Instead, the former Ajax star will report to Carrington once the deal is official, where he will train alongside another new signing, Christian Eriksen.

Manchester United do not not see any reason to put the duo on a long-haul flight to Australia given that the rest of the squad will be leaving in just over a week’s time, the Metro reports.

In another report, the New Machester United manager, Erik Ten Hag stated that he was ‘satisfied’ on Tuesday after he got off to a perfect start as head coach of the Manchester club, however, he insisted he would not be getting carried away after a 4-0 thumping of arch-rivals Liverpool in a preseason friendly in Thailand.

United began quite strongly against an unfamiliar Liverpool line-up, and in less than 40 minutes they were already cruising 3-0 through goals from Jadon Sancho, Fred and Anthony Martial at Bangkok’s Rajamangala Stadium, despite being without the unsettled Cristiano Ronaldo who missed the trip for family reasons.

Both managers made complete substitutions throughout the 90 minutes and Jurgen Klopp’s stronger second-half Liverpool line-up dominated possession before Facundo Pellistri grabbed United’s fourth on the break, 14 minutes from time.

Africa Today News, New York reports that the game gave Ten Hag and his new side a morale-boosting win in their first warm-up outing ahead of the new Premier League campaign beginning next month.

‘I am satisfied today,’ said Dutchman Ten Hag, who took the reins at Old Trafford barely two months ago.

‘It was a team with a great spirit and we know we are just getting started.’

“We made some mistakes in the press, we conceded some chances, but we created a lot.”