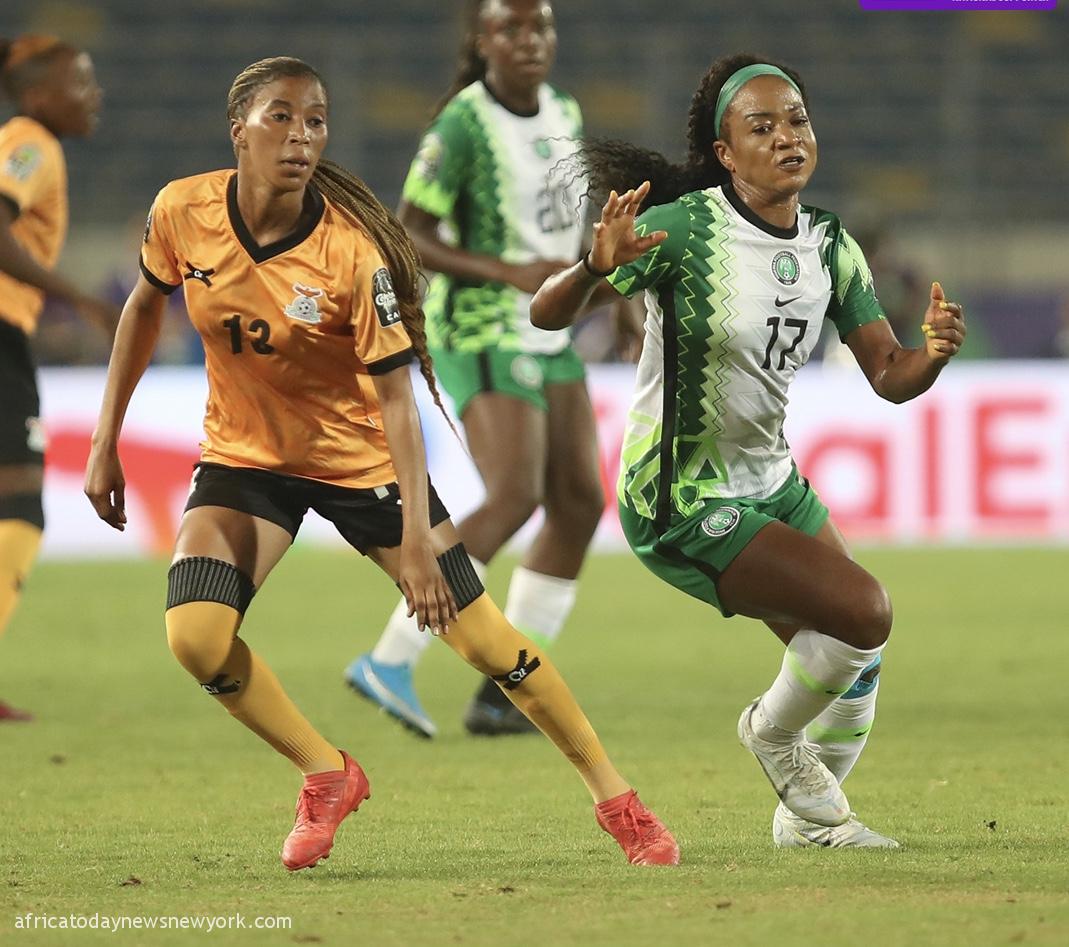 It was another sad night for football lovers in Nigeria as the Copper Queens of Zambia beat the Super Falcons 1-0 to claim the bronze medal in the third-place match of the 2022 WAFCON on Friday.

An own goal by Chiamaka Nnadozie in the first half saw Zambia pick a first ever medal.

Africa Today News, New York recalls that the last and only time the Falcons finished fourth was at the 2012 edition.

The Falcons had the first attempt on goal in the fourth minute but Francisca Ordega failed to direct her effort towards the target.

In the seventh minute the Zambians had their own opportunity but Ireen Lungu’s long range effort was calmly saved by Nnadozie.

A few minutes later Gift Monday tried to connect with a cross from the right but did not get a clean contact as the keeper came out to claim.

The Falcons continued to push and were almost rewarded in the 14th minute but skipper Ngozi Okobi’s long range left foot strike was saved.

In the 20th minute Christy Ucheibe has the game’s best chance as she was set up by Okobi Inside the box but saw her strike go just over the bar.

Zambia then took the lead on 29 minutes as Evarine Katongo’s long range shoot hit the post and came off Nnadozie and into the net.

In the 34th minute the Falcons were forced into an early change following an injury to Ucheibe with Rita Chikwelu coming on.

On 39 minutes Monday should have equalized for the Falcons as she met a cross from Regina Otu but the ball hit the post and she failed to turn the rebound in.

With four minutes left to play in the first half Ashleigh Plumptre hit a left foot drive from a freekick which the keeper parried over the bar.

The Falcons should have level up one minute on the restart as Monday was played through on goal but she sent her effort off target.

Zambia almost doubled their lead on 53 minutes but Okobi did well enough to snuff out the danger.

In the 57th minute Monday missed another great chance as Ordega played a good pass which the former fired wide with the keeper to beat.

Grace Chanda went close on 63 minutes but could not direct her header from a superb cross towards goal.

Few minutes later Ordega met a low cross from Uchenna Kanu but the Zambian keeper came out quickly to block the effort.

With 13 minutes left Chanda went close for Zambia after good play but hit her effort off target.

Substitute Vivian Ikechukwu then had the opportunity to equalize after a poor clearance by a Zambian player but she blasted her shot wide off target.