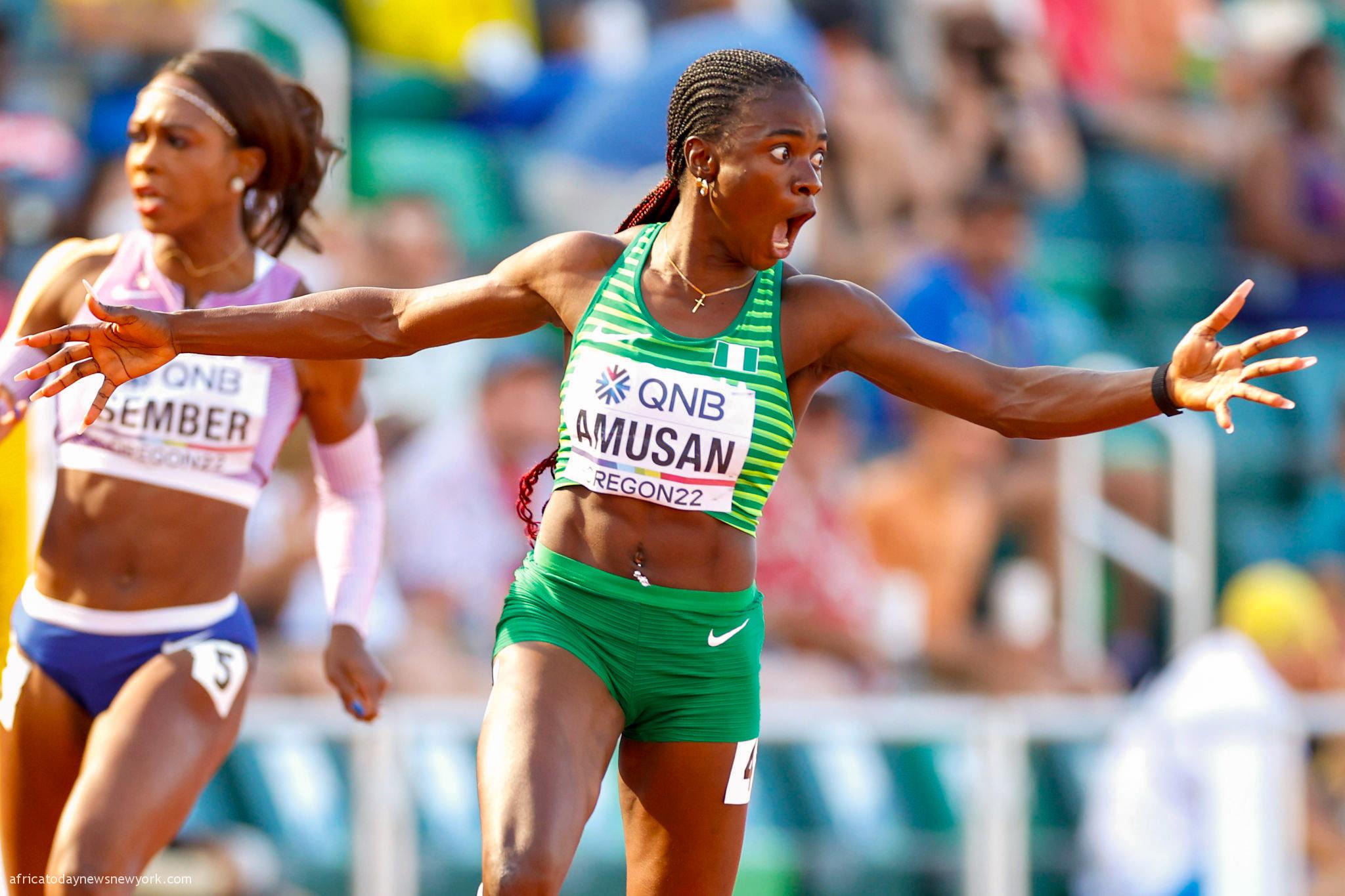 The record holder for the fastest man in the world, Usain Bolt, has openly congratulated Nigerian athletic star, Tobi Amusan, on her performance in the ongoing World Athletic championship.

Africa Today News, New York had reported that Amusan became the first Nigerian athlete who would win a gold medal in the World Athletics Championship when she had stormed to victory in the women’s 100m hurdles in Oregon on Sunday within 12.06 seconds.

Amusan had earlier broken the world record in the semi-finals, where she clocked 12.12sec.

Quoting a tweet confirming Tobi’s win at the semis by the World Athletics official page, Bolt lauded the champion.

“Congrats,” he tweeted with emoticons of the Nigerian flag and applauses.

After her performance in the finals, the Jamaican athlete also wrote, “Superb #Tobi.”

Nigeria and Barcelona superstar, Asisat Oshoala was on Thursday named the 2022 African Women’s Player of the Year while Senegal and FC Bayern Munich new recruit, Sadio Mane was also named as the winner of the men’s version of the award at the CAF Awards ceremony in Rabat.

In another report, the 27-year-old Oshoala picked the award ahead of Ajara Nchout Njoya (Cameroon and Inter Milan) and Zambia international Grace Chanda (Zambia and BIIK Kazygurt), while Mane, 30, picked up his prize ahead of Egypt and Liverpool’s Mohamed Salah and Senegal and Chelsea goalkeeper Edouard Mendy.

Oshoala has now become the first African to win this prestigious award for a record five times, overtaking her countrywoman Perpetua Nkwocha who claimed the accolade on four occasions. She is also the fourth Nigerian to land the award, following in the footsteps of Mercy Akide (2001), Nkwocha (2004, 2005, 2010 & 2011), and the incredible Cynthia Uwak (2006 & 2007).