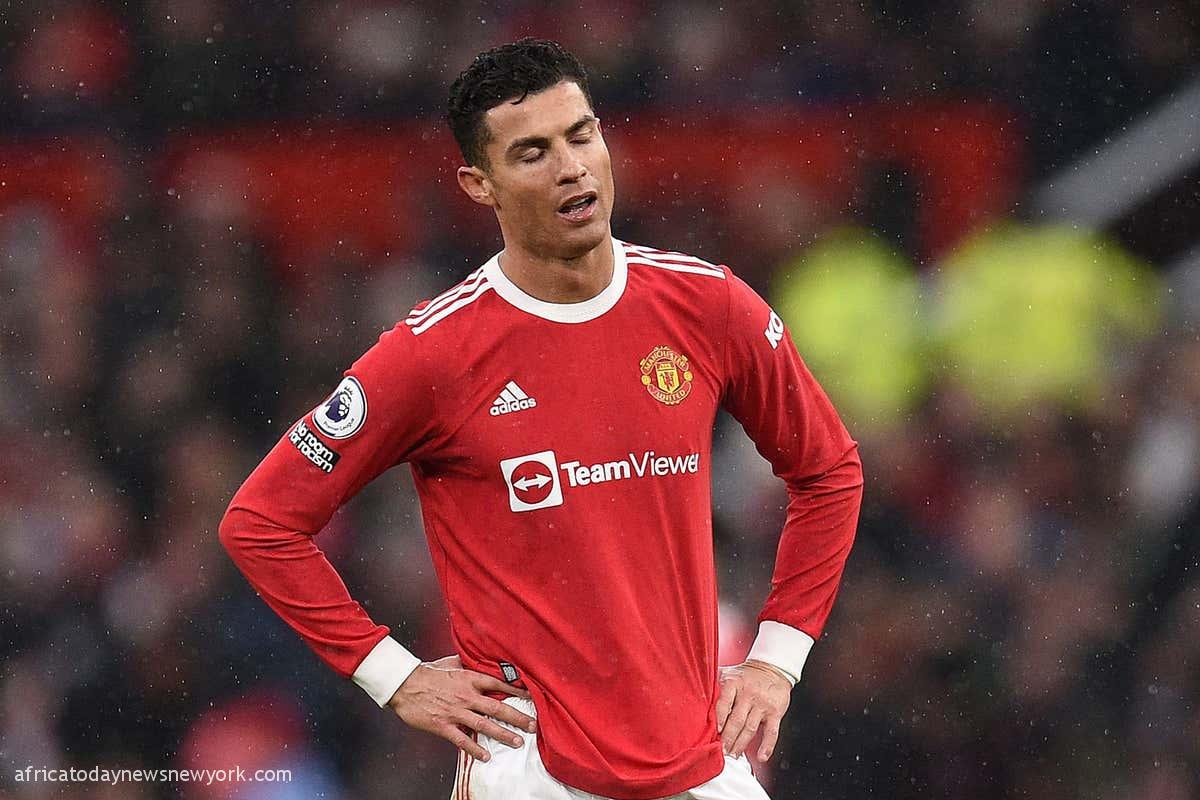 Star player, Cristiano Ronaldo has finally made it back at Manchester United’s training ground on Tuesday ahead of talks with the new club manager Erik ten Hag over his future at Old Trafford.

The 37-year-old, who had also missed the club’s pre-season tour to Thailand and Australia for some of the personal reasons had made it clear that he wants to leave the club he rejoined last year.

He arrived at United’s Carrington training base with his agent Jorge Mendes. Former United manager Alex Ferguson was also seen arriving. New United manager Ten Hag said earlier this month that Ronaldo was “not for sale”.

“We are planning for Cristiano Ronaldo for the season and that’s it and I’m looking forward to working with him,” he said.

“I have read it, but what I say is Cristiano is not for sale, he is in our plans and we want success together.”

The former Real Madrid and Juventus player finished as United’s top-scorer last season with 24 goals. But the campaign was a huge disappointment for the club, who finished sixth in the Premier League, missing out on Champions League qualification.

United start their Premier League campaign at home to Brighton on August 7 after final pre-season games this weekend against Atletico Madrid in Norway and Rayo Vallecano at Old Trafford.

In another report, Liverpool star, Mohammed Salah on Friday ended speculation over his future by signing a new contract with the Merseyside club that will reportedly run to 2025.

The Egyptian, who has so far scored 156 goals in 254 appearances for the Reds, has entered the final year of his previous contract.

Mohamed Salah has said that he renewed his contract with Liverpool in a bid to add more silverware to the Anfield trophy cabinet.

The Egyptian had on Friday renewed his long-term Liverpool deal as confirmed by the club.