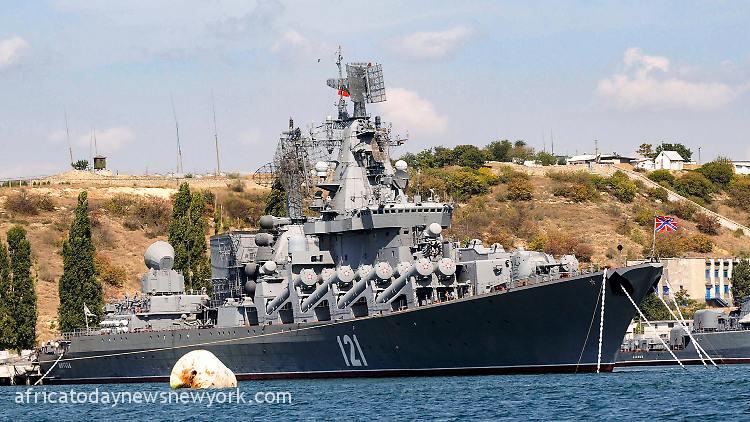 It has been reported that up to six people have also been injured after a bomb had exploded at the headquarters of Russia’s Black Sea fleet in the annexed peninsula of Crimea thus disrupting the Navy Day holiday which is in session.

Sevastopol mayor Mikhail Razvozhaev had also reported that six people were injured in the blast.

It was unclear where the drone began its flight.

Sevastopol is about 100 miles south of the Ukrainian mainland and Russian forces control much of the mainland area along the Black Sea.

It has also been reported that fighting has continued elsewhere in Ukraine. The mayor of the major port city of Mykolaiv, Vitaliy Kim, said shelling killed one of Ukraine’s richest men, Oleksiy Vadatursky, and his wife

In the Sumy region in Ukraine’s north, near the Russian border, shelling killed one person, the regional administration said while three people have died in attacks over the past day in the Donetsk region, which is partly under the control of Russian separatist forces, said governor Pavlo Kyrylenko.

In another report, while reacting to the recent strike on a prison, the cities of Moscow and Kyiv have on Friday traded serious accusations on each other on who is responsible for the bombing of a jail which had been holding Ukrainian prisoners of war in Russian-held territory, with Russia reiterating that 40 prisoners and eight prison staff were killed.

Russia’s defence ministry had also noted that the Ukrainian strikes were carried out with US-supplied long-range missiles, in an “egregious provocation” designed to stop soldiers from surrendering.

It said that among the dead were Ukrainian forces that had laid down their arms after repelling Moscow’s assault on the sprawling Azovstal steel works in Mariupol. The claims came as President Volodymyr Zelensky visited a port in southern Ukraine to oversee a ship being loaded with grain for export under a UN-backed plan aimed at ending a food crisis.

Ukraine’s presidency said exports could start in the “coming days” under the plan aimed at getting millions of tonnes of Ukrainian grain stranded by Russia’s naval blockade to world markets.