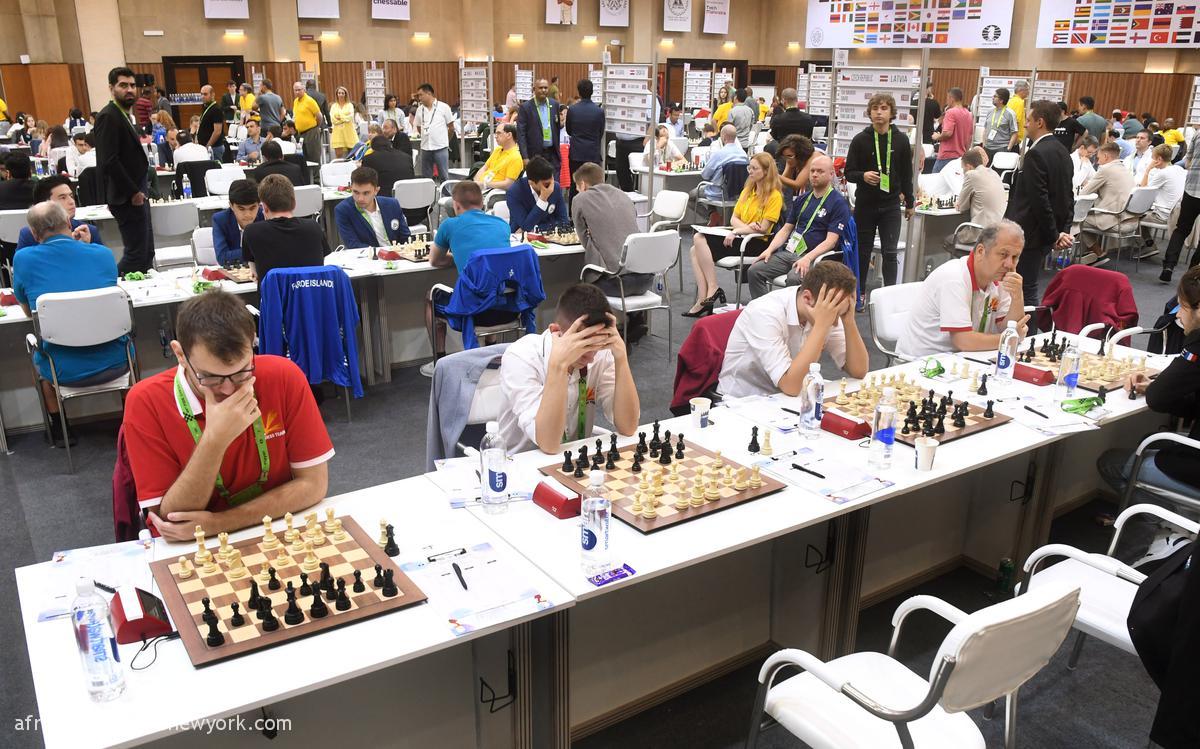 There was a little glimpse of hope after a momentary setback which had occurred in the second round fixtures of the competition as the Nigerian team who are representing the country in the ongoing World Chess Olympiad in Chennai, India, has wonderfully bounced back to a reckoning with some convincing wins against countries like Mauritania and Palestine who they had faced off in the third round of the events on Sunday.

In the Open section, the male team had Issac Okeke on board one displace Yahi Mohammed Salem just as Bomo Kigigha on board two in white pieces made a mess of Cheikha Mohamed Lemme which would go on to give Nigeria two points lead.

Veteran Chess player, Adebayo Adegboyega had also extended the lead on board three in black pieces with a brilliant win against Boidiya Side and Akinseye Abiola completed the perfect score for Nigeria with his win against Mohammed Abdrachim Taleb to give the nation a 4-0 win.

In the female event, Nigeria won 3-1 against Palestine after Enomah Emmanuel Trust overcame Alhmouri Sara on board one just as Ofowino Toritsemuwa proved better on board two with another win against Heba Assi and Ogbiyoyo Perpetual Eloho extended the gap with a brilliant win against Enma Sawan but Onoja Iyefu lost on board four to Taqwa Hamouri and reduced the score line to 3-1.

The result of the matches means that Nigeria will face stiff opposition tonight in the11-round Swiss event pairing tournament as teams with higher scores and match points face each other as the tournament progresses.

As of the last round, Ukraine are joint top in the Open section with India Team two, Uzbekistan, Turkey, Argentina, Georgia, Cuba, Montenegro, and Canada with four match points and eight board points.