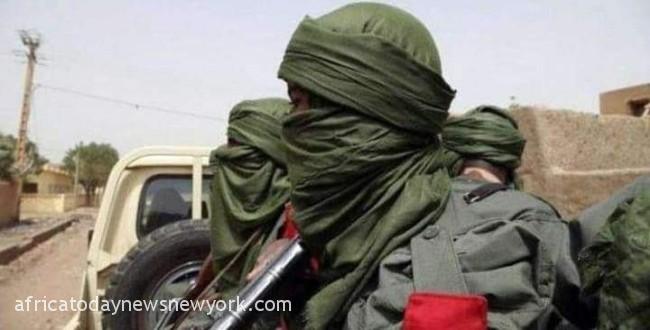 A fresh broad daylight attack by terrorists on Thursday has left no fewer than three people dead and several others injured at Dantsauni village in Batagarawa Local Government Area of Katsina State.

An eyewitness told Africa Today News, New York on Friday morning, that the terrorists who were armed with sophisticated weapons had invaded the village in their numbers on motorcycles on yesterday at about 3:55 pm when the faithful were preparing for Asr prayer.

According to the eyewitness, during the attack, dozens of people, mostly women and children were said to have been abducted.

The eyewitness added that hundreds of residents ran for safety.

The terrorists on their arrival started shooting sporadically along the Katsina Ring Road which is close to the Katsina town, the eyewitness said, adding that during the attack, which lasted for over 45 minutes, no security personnel was seen.

The attack on Dantsauni village comes three days after some terrorists were said to have attacked neighboring communities of Babbar Ruga, Kwarin Maikotso and Kore villages where the terrorists killed two persons and abducted eight others.

Meanwhile, the State Police Command through its Spokesman, SP Gambo Isah, also confirmed the attack, stating that one person was killed and two others injured.

In a related development, no fewer than five hostages who were taken on March 28 aboard an Abuja-Kaduna train were yesterday reportedly released by the terrorists who have held them in captivity since then.

Africa Today News, New York could however not confirm if any money was paid to the terrorists as ransom to release their abducted victims.

Similarly, the security agencies and the Federal Government are yet to officially confirm the development, but a member of the negotiating team, Tukur Mamu told reporters on Wednesday that the victims have been freed.