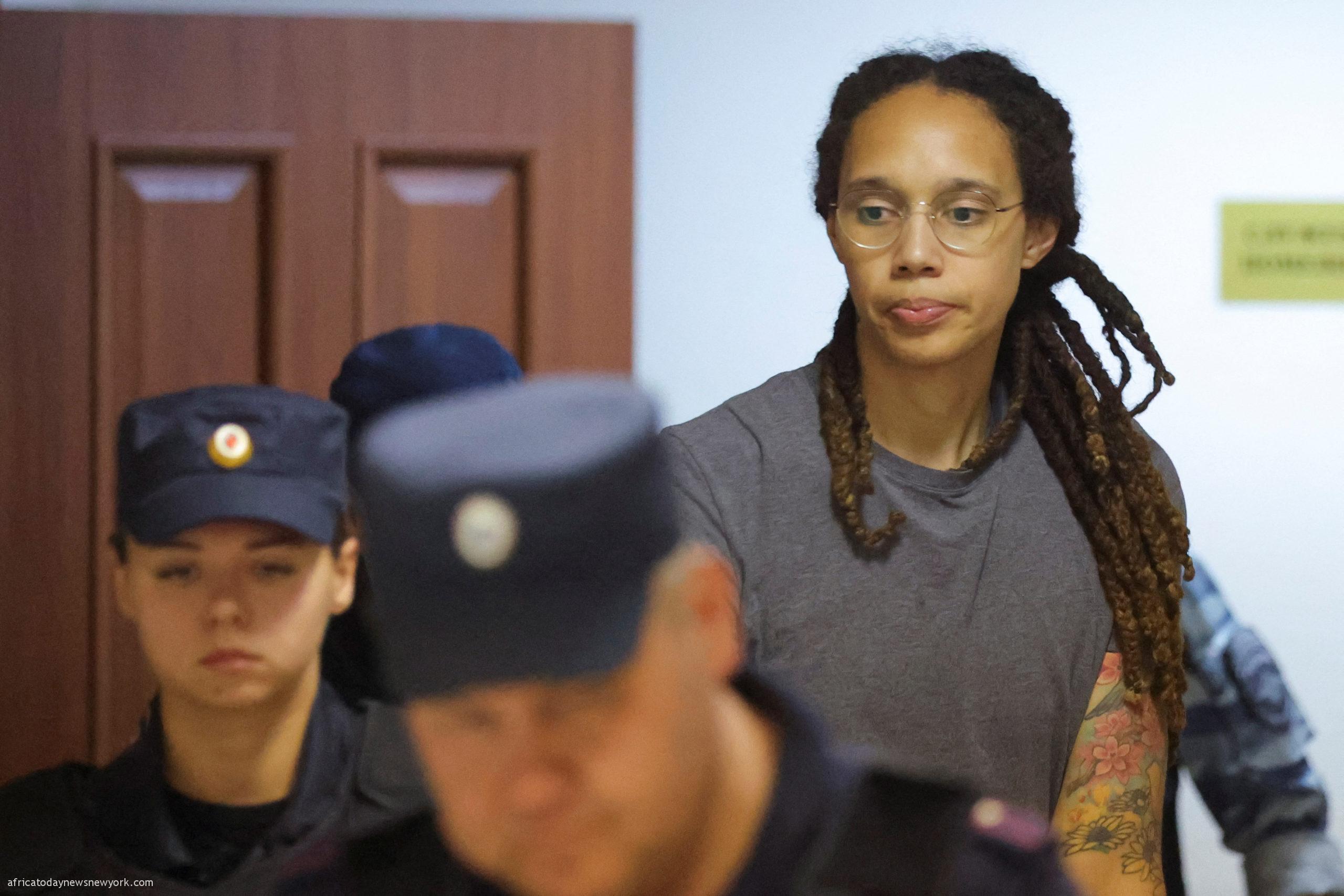 The United States has finally urged Moscow, Russia to accept a deal which would enable them to free basketball player Brittney Griner, who has been sentenced to nine years in a Russian prison.

The double Olympic winner had been convicted of possessing and smuggling drugs after admitting to possessing cannabis oil.

White House national security spokesman John Kirby said the US offer was “a serious proposal”, but gave no details.

Read Also: US Court Sentences Jan 6 Rioter To Over Seven Years In Jail

US media reports suggest Washington is offering a prisoner swap involving a Russian arms trafficker. Viktor Bout – known as the “merchant of death” – is serving a 25 year-prison sentence in the US.

He could be transferred by Washington to the Russian authorities in exchange for Griner and former United States Marine Paul Whelan, the reports say.

Whelan, who has US, British, Canadian and Irish passports, was sentenced in 2020 to 16 years in jail in Russia after being convicted of spying.

Mr Kirby told reporters that the duo were being wrongfully detained and needed to be let go.

On the subject of the US proposal, Mr Kirby said: “We urge them to accept it. They should have accepted it weeks ago when we first made it.”

But according to Reuters news agency, one stumbling block is that Russia wants to add convicted murderer Vadim Krasikov, who is in prison in Germany, to the proposed swap.

When questioned about this possibility, Mr Kirby dismissed it, saying: “I don’t think we go so far as to even call it a counter-offer.”

Griner, 31, told the court she had made an “honest mistake” and had not intended to break the law.

Considered one of the best female players in the world, she was detained in February at an airport near Moscow when vape cartridges containing cannabis oil were found in her luggage. She had come to Russia to play club basketball during the United States off-season.

Soon afterwards, Russia invaded Ukraine and her case has become subject to high-profile diplomacy between the United States and Russia.

Her defence team said they would appeal against the verdict.

Griner’s Phoenix Mercury teammates staged a gesture of solidarity on Thursday, when they and their Connecticut Sun opponents observed 42 seconds of silence before their game, in honour of her number 42 jersey.

US President Joe Biden called her sentencing “unacceptable”, while Secretary of State Antony Blinken said: “Russia, and any country engaging in wrongful detention, represents a threat to the safety of everyone travelling, working and living abroad.”