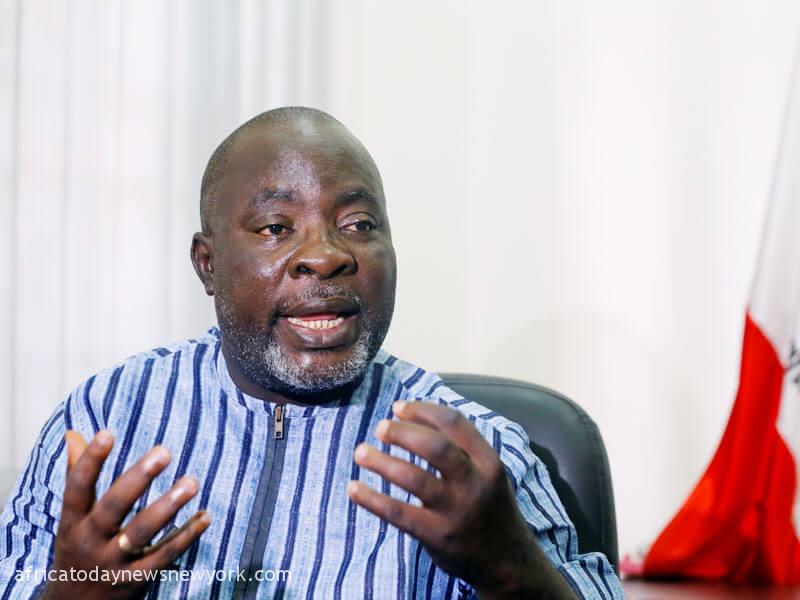 The former National Publicity Secretary of the Peoples Democratic Party (PDP), Kola Ologbondiyan has dismissed concerns that Rivers State Governor, Nyesom Wike may form fresh alliances that will be detrimental to PDP’s chances during the 2023 presidential election.

He pointed out that Wike was more politically experienced to hobnob with opposition parties and form an alliance that could affect PDP’s electoral fortune during next year’s presidential election.

Ologbondiyan gave this assurance while speaking during an interview on Arise TV’s ‘The Morning Show’ which was monitored by Africa Today News, New York. He added that the party was working frantically to put its house in order and resolve its internal crisis.

When quizzed about Wike’s meeting with opposition political figures, Ologbondiyan said the governor was at liberty to associate with politicians from other camps as such was within his rights.

‘I know it and I believe that Governor Nyesom Wike is savvier politically to go and put the life of his own political machinery into an arrangement that will stop its candidates from winning elections. I know he will not do a thing like that and I am very confident about that.

‘I know it as a fact that Governor Samuel Ortom is contesting for Senate in Benue and the senate and presidential elections come up on the same day and same time.

‘I know Governor Ikpeazu has senatorial interest too. So you think that they would sit down as politicians and seed out that out to a party that they don’t have conviction about its performance? That is not the way politicians do their thing and I am sure of that,’ the PDP ex-spokesman said.

‘He (Wike) is at liberty to associate with them (opposition politicians). It is until Governor Wike picks APC or other political parties’ membership cards then we can conclude he has left the party. Until then, he remains a member of PDP.

Continuing, he said, ‘Well, there is so much hysteria in the public space over what Governor Wike is doing; how PDP will survive and all that. But there are ways that politics work and there are things that you see in politics that hardly border you.

‘Because there are interests that are stronger than what you are seeing in the public. Firstly, what is strange about Governor Wike inviting people from the opposition parties to come and commission projects? He has been doing that and I can recall that he once invited Senator Ali Ndume, Senator Rochas Okorocha and in all these instances there were no issues about if Governor Wike was going to APC.

‘The discussion then was that he was trying to attract these people to come and join the PDP. So, he has not done something far from what he has been doing before. But having said that, you talked about Peter Obi going to Rivers State and hobnobbing with PDP governors and Wike, we must recall that prior to that meeting, Peter Odili celebrated his 74th birthday and people were there so it is not strange.

‘And it won’t be a surprise if Peter Obi on his own consider it necessary to meet up with Wike because he (Peter Obi) is looking for votes and he can go to anybody. That is what politicians do when they are looking for votes.’

Africa Today News, New York reports that the crisis in the opposition party has continued to fester even as campaigns is set to begin.