Violence As A Tool Of Protest 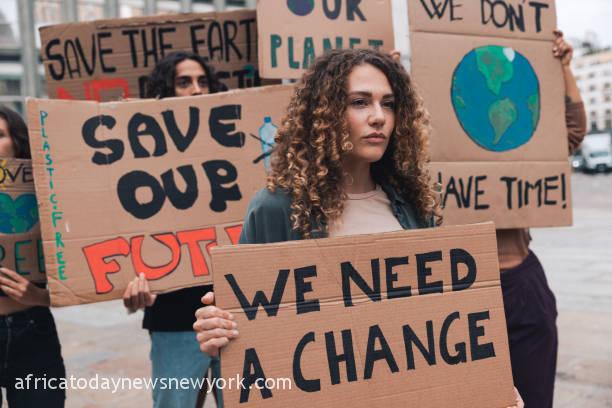 A protest (also called a demonstration, remonstration, or remonstrance) is a public expression of objection, disapproval, or dissent towards an idea or action, typically a political statement or an action expressing disapproval of or objection to something.
Many times protests are among the many strategies people use to engage in activism and organizing, with the goal of enacting change but in the process of these protests, many have resorted to violence as a tool to drive their needs.
This podcast is to encourage you to disassociate yourself from being used as a tool of violence and mass destruction while protesting. Destruction should not be used as a tool for negotiation. Violence shouldn’t be used as a tool of peaceful negotiation. Never get to the point where you are influenced to destroy the amenities/structures that you/your parents/grand parents were taxed to build. Never be inspired to destroy that which you built.
While is it okay to disagree with policies, it is necessary for us to understand that violence is usually not the solution and that violence cannot be the solution to prevalent issues. It is important that the youths of every society understand that the negative effects of their actions will have a ripple effect.

Effects of violence in Protest
-Looting will set an area back for years and sometimes decades economically.
-Many casualties
-The reason you were protesting gets drowned out in the violence
-Violence only brings out more violence not just in the moment but as an after effect
Advantages of peaceful protest
-Help lower social tension
-Expression of frustration
-Can help improve the general living conditions in a country
-Used to raise awareness of the general public on important issues
-Demonstrations are important for minorities to get heard
-Can help protect human rights
It is our duty to protect our nation by preserving the nation that was gifted to us.
You can listen to the podcast on this topic here
© Christy Chris

The Importance Of Honour

The Concept Of Abstinence