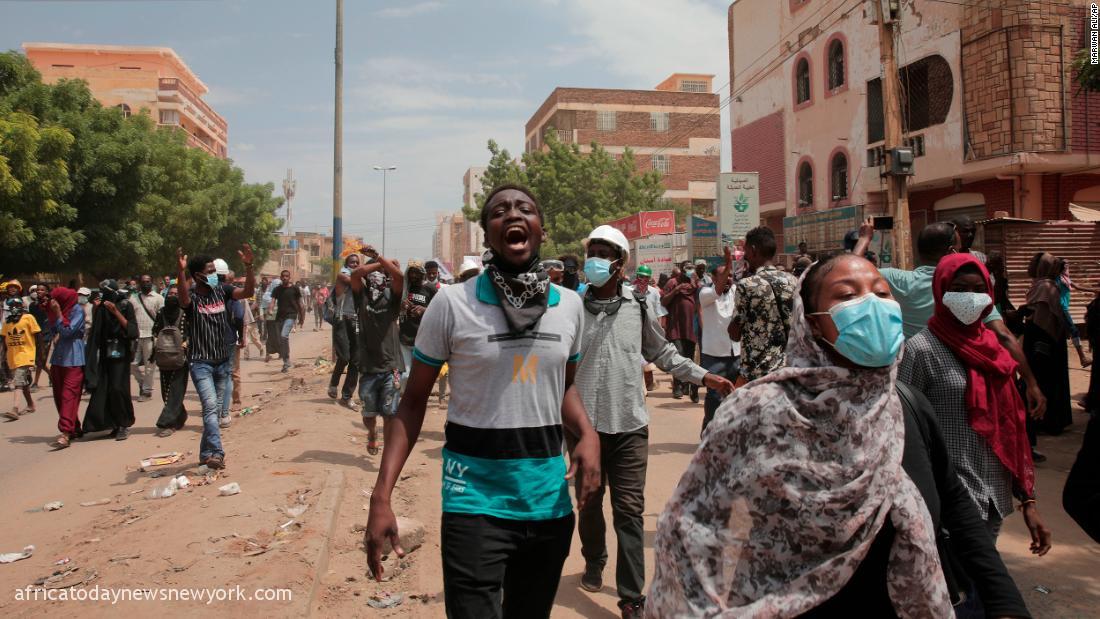 Some of the Sudanese security forces had on Thursday fired tear gas canisters  at thousands of protesters who had taken to the streets in Sudan to openly demand for better civilian rule after last year’s military coup which tore the country apart.

Some of the protesters had been seen in the capital Khartoum carrying Sudanese flags and chanting: “No, no to military rule,” and “Civilian rule is the people’s choice,” eyewitnesses said.

Security forces had also fired some rounds of tear gas at the protesters to disperse them.

Sudan has been torn apart by near-weekly protests and a violent crackdown that has so far left at least 116 people killed since the army chief Abdel Fattah al-Burhan led a military coup last October.

The power grab upended a transition to civilian rule launched after the 2019 ouster of strongman Omar al-Bashir, who ruled for three decades.

In another report, a further crisis could be looming after South Sudan’s leaders on Thursday announced that the country’s post-war transitional government would remain in power two years beyond an agreed deadline, in a move foreign partners warned lacked legitimacy.

Accorording to Martin Elia Lomuro, the minister of cabinet affairs the decision was arrived at ‘to address the challenges that impede the implementation of the peace agreement’, following a 2018 deal to end a five-year civil war that left nearly 400,000 people dead.

‘Thus a new roadmap has been agreed,’ the minister submitted, speaking in the presence of President Salva Kiir and Vice President Riek Machar, who formed a unity government more than two years ago after half a decade of fighting.

the world’s newest nation was meant to conclude a transition period with elections in February 2023, but the government has so far failed to meet key provisions of the agreement, including drafting a constitution.

The so-called troika of the United States, Britain and Norway boycotted Thursday’s announcement, pointing out that the government had not consulted all the parties involved in the 2018 deal before announcing the extension.