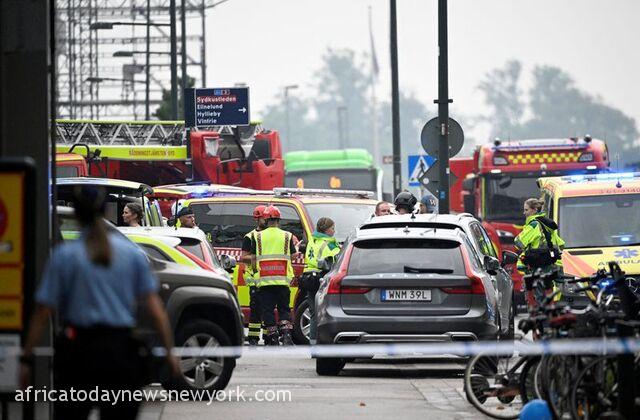 At least one man was injured and a woman was left in a precarious condition after a shooting which was reported in a shopping centre in southern Sweden on Friday, police have confirmed.

The Police in the European country had disclosed that they had apprehended the suspected shooter in the incident which happened in the city of Malmo.

They ruled out a possible ‘terrorist’ motive and said the shooting appeared to be ‘an isolated incident connected to criminal groups’.

Local media quoted eyewitnesses as saying the suspect had shot indiscriminately into the crowd, but the police did not confirm this.

“We believe that the immediate danger is now over,” a police spokeswoman said.

In July, three people were killed in a shooting in a shopping mall in the Danish capital of Copenhagen, around 30 kilometres (18 miles) from Malmo.

In a related development, no fewer than eleven people, including two children and a gunman, were among the casualties following a mass shooting in Montenegro in a recent attack, while about six others were injured.

Montenegro Police director Zoran Brdjanin said that around 3.30 p.m.(1330 GMT) a 34-year old man with a hunting rifle shot dead two siblings, one 8 years old and another 11 years old, and injured their mother who died later in the afternoon in a medical facility.

“The family was staying at the house of the shooter as tenants,” Brdjanin said. He said the motive for the shooting was not yet known, and he did not give the name of the shooter but said he his initials were V.B.

The shooter then walked out of his house and killed another 7 people. In a shootout with the police, a policeman was injured, Brdjanin said.