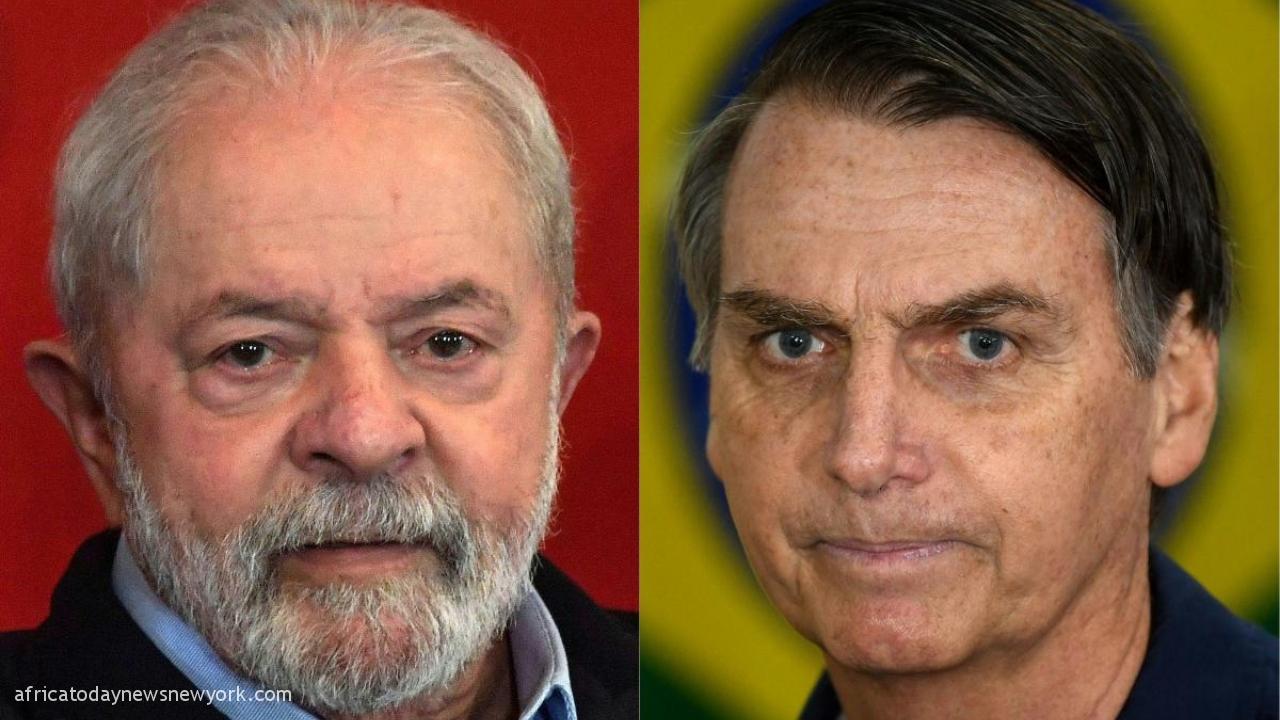 Former Brazillian President, Luiz Inacio Lula da Silva has come out to blast the Brazillian president, Jair Bolsonaro of being a “cheap copy” of his former United States counterpart Donald Trump for his constant criticism of Brazil’s election and electoral system.

Luiz Inacio Lula da Silva, the leftist who had been the President of Brazil from 2003 to 2010 had openly accused the far-right incumbent of taking a page from controversial Donald Trump’s script and attacking the South American giant’s electronic voting system.

It has been reported that Bolsonaro is fond of critisizing with scant evidence that the Brazillian electoral system is plagued by fraud while he had also raised fears that he would be rejecting the outcome of Brazil’s October election if he loses.

Bolsonaro “has lied, spread fake news and defied our institutions,” Lula said in an interview with foreign correspondents.

However, he said he was confident Brazilian institutions would adhere to the election result “without question.”

Bolsonaro’s criticism of the computerized voting machines Brazil has used since 1996 have raised fears the man nicknamed the “Tropical Trump” could follow in the footsteps of his political role model if he loses.

Some Brazilians fear the country could have its own, possibly uglier version of last year’s attack on the Capitol in Washington, where Trump supporters rioted in a failed bid to stop Congress from confirming his 2020 election loss.

“Trump also tried to avoid accepting the result. They tried to invade the Capitol, and in the end he had to give in,” Lula said.

Bolsonaro, who sat for a televised interview Monday with the nation’s most-watched news program, said that he would respect the results, “as long as the elections are clean and transparent.”

During the 40-minute long Jornal Nacional interview, four words could be seen written on Bolsonaro’s left hand: “Nicaragua,” “Argentina,” “Colombia” and “Dario Messer”, a financier convicted in Brazil’s massive Car Wash anti-corruption investigation. None of the topics came up during the interview.

Lula, who was himself convicted and jailed during the Car Wash investigation before having his conviction overturned by the Brazillian Supreme Court, also vowed if elected to rein in deforestation in the Brazilian Amazon.