Dr. Anthony Fauci To Leave Office In December Amidst Crisis 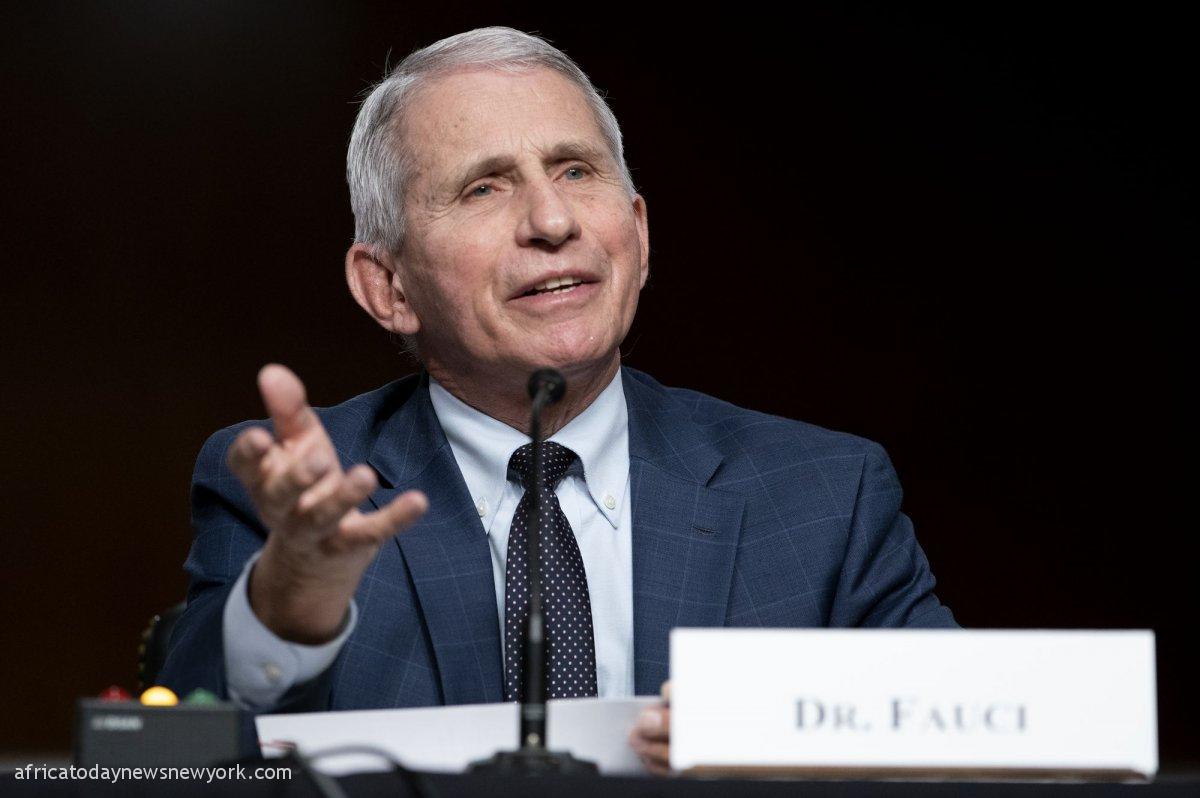 Dr. Anthony Fauci has revealed that he is set to resign from office as National Institute of Allergy and Infectious Diseases (NIAID) and as chief medical adviser to the US President, Joe Biden.
NIAID director Dr. Anthony Fauci announced he might step down from both offices in December in order to “pursue the next chapter” of his professional life.
‘It has been the honor of a lifetime to have led the NIAID,’ 81-year-old Dr. Fauci, stated in a statement
Throughout the pandemic, he became a symbol of the Covid-19 response of the country.

Mr. Biden commended him for his service on Monday, describing it as ‘spirit, energy, and scientific integrity’.
‘The United States of America is stronger, more resilient, and healthier because of him,’ the president wrote in a statement.
Dr. Fauci disclosed his resignation plans stating that he will probably leave office before the completion of Biden’s ongoing tenure.
In 1968, during Lyndon Johnson’s administration, Dr. Fauci started working for the National Institutes of Health.
Africa Today News, New York recalls that in 1984, as the AIDS pandemic was in full swing, he was named director of the NIAID, the infectious national disease branch. Since then, he has worked for seven presidents, including Democrats Joe Biden and Republicans Ronald Reagan.
He didn’t become the most prominent physician in America until the coronavirus outbreak began in 2020.
As the public face of America’s battle against the coronavirus, Dr. Fauci started to appear in the media frequently both domestically and internationally. He also developed into a divisive character at that time.
He won supporters, garnering more than 28,000 signatures on a petition to crown him People magazine’s “Sexiest Man Alive” in 2020, but he also infuriated others on the right who viewed him as the central figure of lockdowns and mask regulations.
Furthermore, he sometimes disagreed with former president Donald Trump regarding the reaction to the pandemic.
Dr. Fauci made it plain on Monday that he was not completely withdrawing from medicine, despite the fact that he was exiting the office.
‘I plan to pursue the next phase of my career while I still have so much energy and passion for my field,’ he said.
The 82-year-old Dr. Fauci did not specify a timeframe for his resignation. He will turn 82 on December 24.